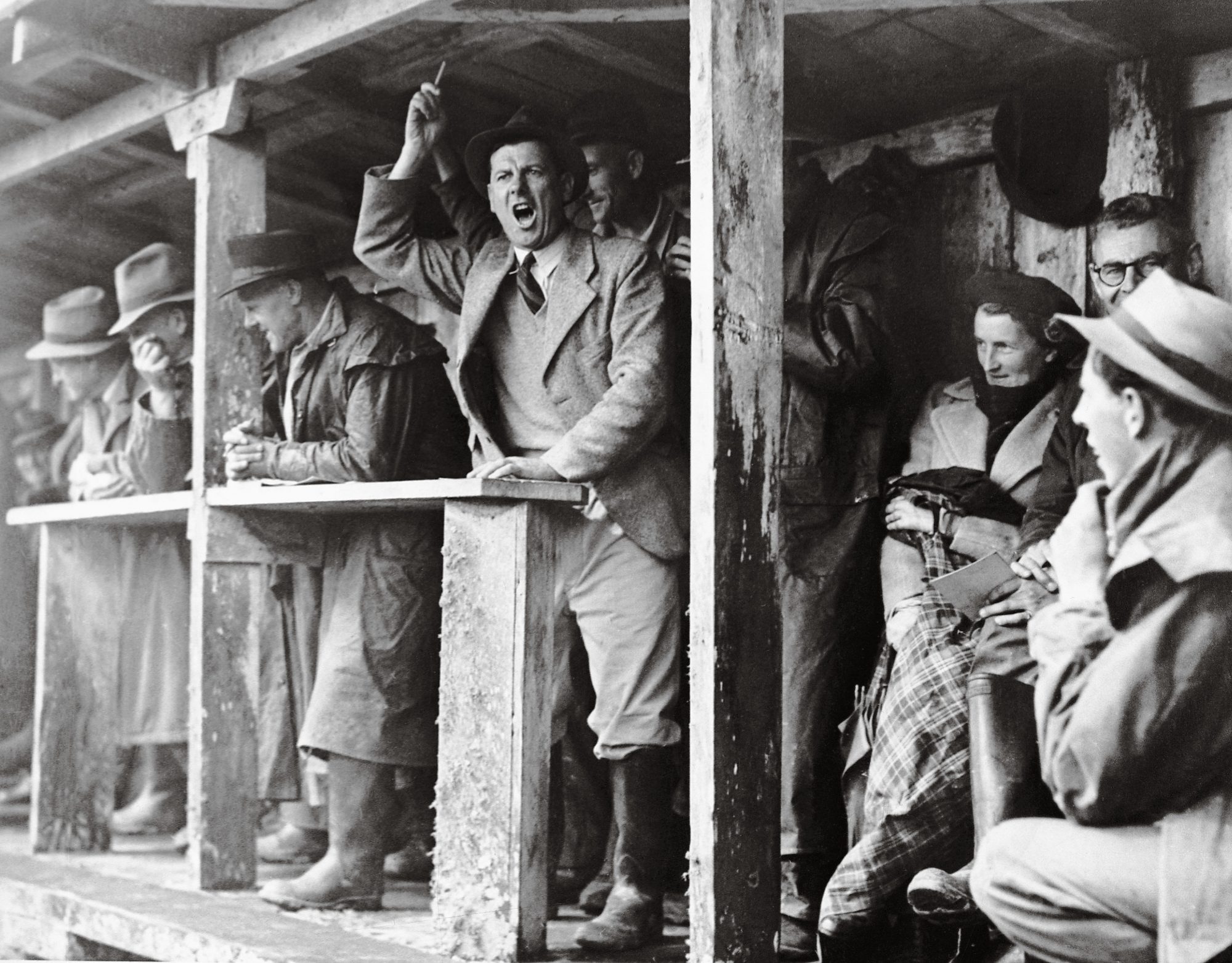 Mention of the word “archives” is unlikely to shoot the average person full of adrenalin. And Archives New Zealand—the new title for the National Archives, the official repository of government records—perhaps even less so. The title calls to mind a huge, uninteresting building stacked floor to ceiling with sufficient yellowing government statistics and papers to feed all the silverfish in the world for years.

The image is partially correct. The shelves in Archives New Zealand are reputed to be the highest in the western hemi­sphere, and they stretch a total of 75 kilometres. But it is what is on those shelves that may sur­prise. As well as documents, the shelves hold films, maps, tapes, plans, video recordings, books, paintings, drawings, prints and photographs.

Photographs? Over a million, in fact, snapped from the 1860s to the 1990s. Most are the work of photo­graphers commissioned by govern­ment departments such as the Railways and Post and Telegraph, which had extensive publicity divisions. And most have rarely, if ever, been published outside the narrow confines of the original departmental purpose.

A difficulty in making use of the collection is that it is held as a great many separate collections, so if a researcher is interested in, say, images of transportation, many image banks, several of them large, may have to be winnowed—and much of the material is in cool storage to extend its life. Ready accessibility has been the Achilles heel of the photographic collections.

Now Bronwyn Dalley, a historian with the Ministry for Culture and Heritage, has produced Living in the 20th Century: New Zealand History in Photographs 1900-1980, which contains over 350 photographs drawn from the Archives New Zealand files.

“I spent about 70 per cent of my time over two years on the project, and looked through most of their Wellington photographs—about 750,000. There are more in other centres, but I ran out of time. As it was, I probably spent at least 15 months choosing images.”

Before she started the picture search, Dailey had decided on seven categories, which became chapters of her book: work, recreation, communications, accommodation, appearances, food and drink and the wider social and political back­ ground. By limiting herself to these subjects she dispensed with the need to search some of the hundreds of collections Archives houses.

“But I still had to go through many of the largest collections—the National Publicity Studio’s collec­tion, with tens of thousands of images from 1900 until the late 1980s, the forestry collection, Maori Affairs, the Government Printing Office (which was fascinating—they seem to have had terrific parties), and the Walter Nash collection, a good source of early Labour party material.

“I wanted a good spread of pictures from 1900 through to 1985, and because most of the archive’s material is concentrated from 1940 to 1970 I had to hunt quite hard to get the later coverage.”

The result of Dalley’s labour is a fascinating record of a century of momentous change. From horse and buggy to jumbo jet, coal range to microwave, telegraph to cell phone, whalebone corset to bikini, house cow to supermarket, empire to individualism, the amount of change that has occurred within the lifespan of present-day nonagenarians is unprecedented.

The photographs in Living in the 20’1, Century concentrate on the everyday activities of New Zealanders, deliberately neglecting royal visits, celebrity events, politicians and portraits of individuals. In today’s era of affluent meanness, it is remarkable to think that the National Publicity Studio-an arm of government-employed photographers to take pictures of ordinary people doing ordinary things for most of the century, in order to provide a public record of life in the land. Now that we live in the market-driven user-pays age, such services have been dispensed with. One wonders whether such a book will be possible in another 100 years.

ALL IN A DAY’S WORK: PAID AND UNPAID EMPLOYMENT

Over the first eight decades of the 20th century, the emphasis of New Zealanders’ paid work shifted from physical to mental activity. Early in the century nearly a third of the male workforce was employed in agriculture, horticulture, mining and forestry. The proportion had fallen to a quarter by 1955, and an eighth in 1996. Throughout the period about five per cent of women workers were in the primary sector.

Employment in manufacturing and construction rose to peak in the 1960s, but has since fallen, whereas the service sector has grown in importance. This sector, which includes services such as transport and communications, community and social service work, finance, hospitality and trade, and education employed 39 per cent of male and 76 per cent of female workers in the 1920s, and 65 and 79 per cent respectively in the mid-1990s.

The reasons for these changes were varied. Political decisions (such as the removal of farm subsidies in the 1980s and tariffs more recently), loss of markets (resulting, for example, from Britain’s entry to the EEC in 1973), government restructuring, urbanisation, the rise of leisure and cheap travel, even the emergence of household appliances and new technologies were to blame.

For instance, the arrival of the automobile as the primary mode of transport in the 1920s spelt doom for farriers, coachbuilders, stablehands, blacksmiths, wheel-wrights and some horse breeders. But mechanics, forecourt attendants, new and used car importers and sellers, traffic officers, road-building and asphalting gangs, vehicle assemblers, transport planners, the Automobile Association, specialist magazines, tyre sellers, roadside fast food outlets, even ambulances, shopping malls, TV shows, motels, protest groups, distant suburbs and more have sprung up in the slip-stream of the motor car.

Women’s experience of work has had its own pattern, one not necessarily reflecting shifts in the country’s economic structure. Women have remained a minority in the paid workforce, but grew from constituting about 20 per cent of workers at the beginning of the century to almost 45 per cent by the end. Until the 1960s, paid women workers were primarily single. Women who were separated or widowed, or poised briefly between education and marriage, might find employment, but few people expected married women to continue earning money. Indeed, government regulations prevented their doing so in the public service in the 1920s and 1930s, and some employers expected married women to make way for men in times of recession.

During the 1960s, a general shortage of labour opened up many employment areas for women, married or single. Despite the women’s movement slogan-“Girls can do anything!”-at the end of the century women remained clustered in jobs that paid less and had lower status than those of men. Maori and Pacific Island workers were also to be found in poorer-paid and lower-status jobs, experiencing an unemployment rate three times the Pakeha rate in the 1990s.

A major feature of working life in the first half of the century was the evolution of the trade-union movement, which campaigned for (and gradually established) many improvements in working conditions. The first Labour Government, elected in 1935, introduced compulsory union membership and further improved working conditions and pay.

With the introduction of the 40-hour week in 1936, the weekend emerged as a time for leisure, recreation, home and family. In 1980, with competition for retail dollars and the rise of “retail therapy” as an obsession, shop trading hours were relaxed and the weekend again became a time of work for many in the retail sector.

TIME OUT: RECREATION AND LEISURE

As a modern society began to evolve in New Zealand in the early 20th century, a new concept-that of leisure time-began to emerge. Before this, life was mostly long hours of hard work, apart from church on Sunday and periodic evening dances. But now, especially during periods of economic prosperity, such as in the 1920s and the two decades after the Second World War, leisure and recreation became entrenched, although the pastimes were more circumscribed than leisure activities are today.

In the first two decades of the century, a national interest in physical health and fitness boosted the popularity of sports and physical activity. Personal health and fitness were considered by many to be the basis of a healthy society and nation. Swimming, tramping, mountaineering, surf lifesaving, tennis and golf all flourished in this period, and New Zealanders pursued the “body beautiful” through activities ranging from body-building to health and beauty clubs. By the late 1930s, the government had also begun to promote sports and physical education. The Physical Welfare Branch of the Department of Internal Affairs sent out physical fitness instructors to community groups, and in the 1940s a standard physical education programme was incorporated into the secondary school curriculum.

We were also great joiners of clubs. In the first two decades of the century and again in the 1970s we flocked to join hobbies groups, choral groups, operatic societies, amateur dramatics and orchestral groups. Many a small town boasted a choir or orchestra.

Other activities were centred more on tile home, family or small group of friends-mowing the lawns, pottering about in the garden, watching children’s sport, a day at tile races, an evening in the pub or at the movies. In the 1920s and ’30s, the widespread acceptance of the motorcar led to the institution of the Sunday drive.

In the second half of the century, the major shift in sporting activity was towards individual rather than team activity. Gym culture characterised the contemporary sporting ethos. Like its outdoor counterpart, mountain biking, gym culture sustains an entire clothing and equipment industry, with special drinks and dietary supplements reinforcing the connection between appearance, sport and consumption. Other forms of recreation also became more individualised, with computer games, reading, redecorating, landscaping, watching TV or videos all popular.

Professionalisation and commercialism moved sport more clearly into the realm of entertainment. Shopping for pleasure, which has always been part of the lifestyle of the affluent, became a pastime for the bulk of the populace.

There is a difference between town and country recreation. Away from the cities, workday activities became sports as well, and some of these persist today-several, such as sheepdog trials, even gaining a following among townies via television. Although chainsaws replaced axes and crosscut saws in forestry decades ago, woodchops remain popular at A & P shows.

Of course, after a day of hard work or tight competition, a cold beer was the traditional way to wet the whistle, but because bar tending was thought to “coarsen” women, barmaids were not officially permitted until the 1960s.

The Archives New Zealand files even contain images of photographers and early moviemakers at work. Lord of the Rings it’s not, but the 1930s filmakers busy capturing Whakarewarewa’s inhabitants for a movie entitled New Zealand Scenic Charms were setting the scene for today’s Peter Jacksons and Jane Campions. In the years before political correctness and digital retouching we may not always have been pretty but we were authentic! 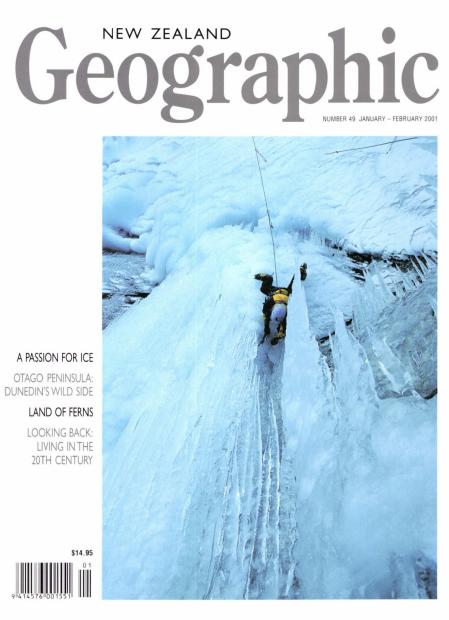 A leap into the light