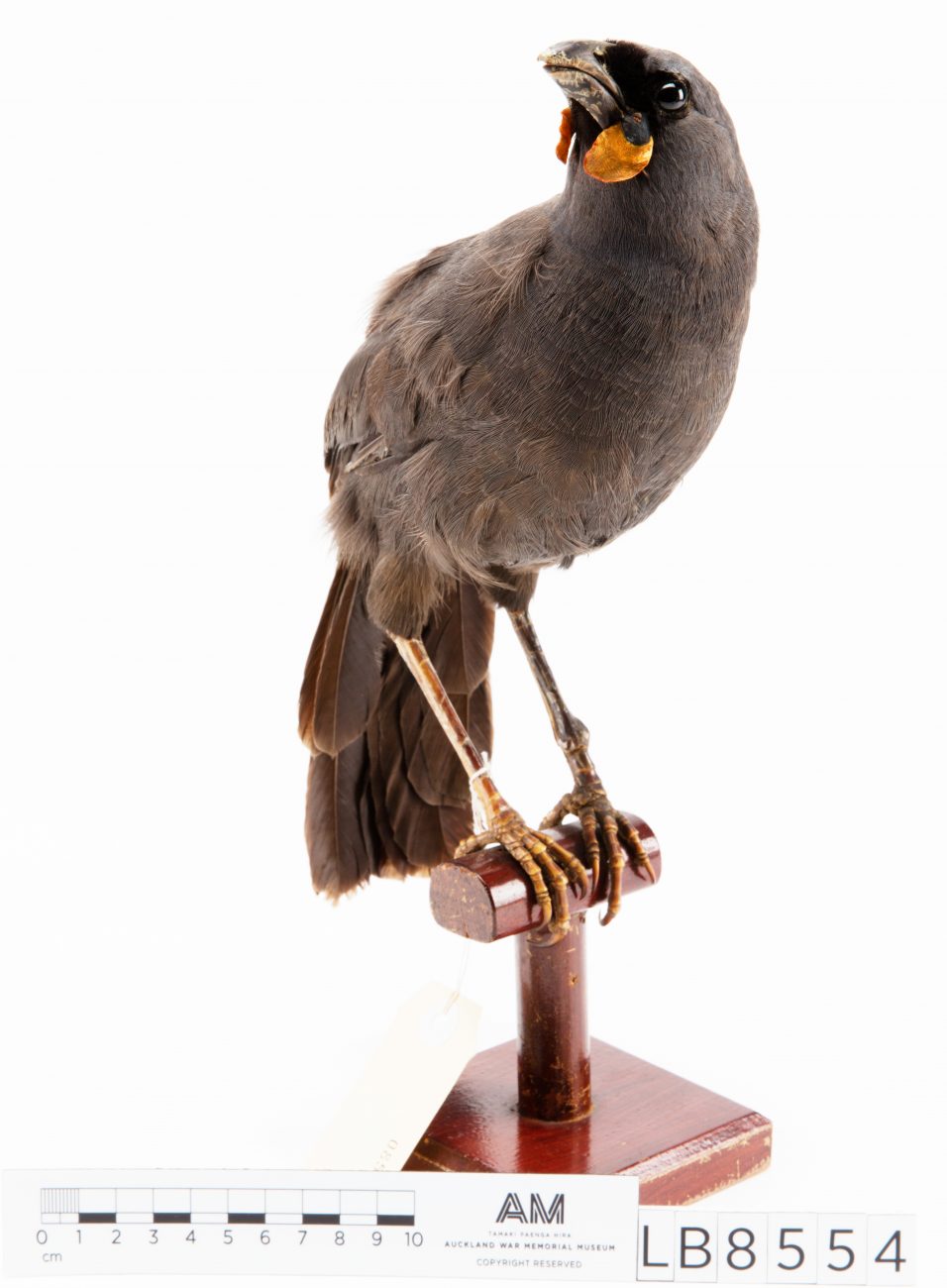 Rhys Buckingham was about to give up on his 40-year search for the presumed extinct South Island kōkako. But a tantalising, melancholic birdcall he heard—and recorded—on an expedition in March has got him all fired up again.

Ron Nilsson of the South Island Kokako Trust organised the trip. He invited Buckingham, young gun Geoff Reid and a few others, and they spent four days camped out in a forest near Ahaura on the West Coast, with audio recorders rigged up around their camp and through the bush.

The site has been of interest to kōkako-chasers for decades. Nilsson and Buckingham heard kōkako-like calls there on several occasions in the 1990s. More recently, three farmers, on different sides of the forest, have also independently reported hearing or seeing possible kōkako.

In 2015, Buckingham heard a kokako-like ‘tooking’ at the same time as Nilsson, a few metres away, saw a large dark bird in the undergrowth. The same year, in another part of the forest, Reid is convinced he heard two kokako making soft mews to each other. That was the experience that got him hooked on the search.

This time, after three days of watching, listening, and playing recordings of North Island kokako, not much of interest had happened.

Then, at 7.30 am on the last morning, Buckingham was listening to the dawn chorus when he heard an ‘amazing, haunting call’.

“My immediate reaction was that it was a kōkako—or that Geoff was playing a prank on me. It was too unreal to think I was going to hear a kōkako on the last day.”

He marched back to camp and bailed Reid out of his hammock. But he pleaded innocence, and when the recorders were checked, there was the call. Three ringing, descending notes in a minor key.

Buckingham is cautious, though. He’s still calling it ‘the anomaly call’, and says though intriguing, it’s not categorical proof the bird exists.

“I still think I most likely heard kōkako, but we have to rule out any other possibility. I know damn well kākā have fooled me before.” He and Nilsson returned to the same spot a few weeks later and played the call back—a reliable way to get North Island kōkako to respond is to play their own calls to them—but no luck. “Nothing really wanted to own it.”

That doesn’t mean he’s lost hope. “If we’re right of course and they do actually exist, South Island kōkako seem to have an extremely poor response rate even to their own calls.”

Buckingham is now analysing the sonographs of the recording, and thinks it displays some key characteristics of North Island kōkako calls.

It’s just enough of a tease to keep him on the case.

“I know the bloody thing’s there, it’s just the mind-wrenching psychological difficulty of it all. But when there are unsolved questions you’ve got to keep persevering.”

Reid went back into the forest this week, and Buckingham will return later this month, armed with a new camera. Audio recordings are enticing—but the Holy Grail is still an unambiguous photograph of the bird.

Around the country the $10,000 reward put up by the Trust and the Morgan Foundation has brought a lot of attention to the cause—it went viral internationally—and Reid, who’s often on the move through the backcountry, says that in South Island DOC huts “everyone is talking about the bird—and the reward.” Perhaps some lucky tramper will have their camera ready at just the right moment—and make conservation history.