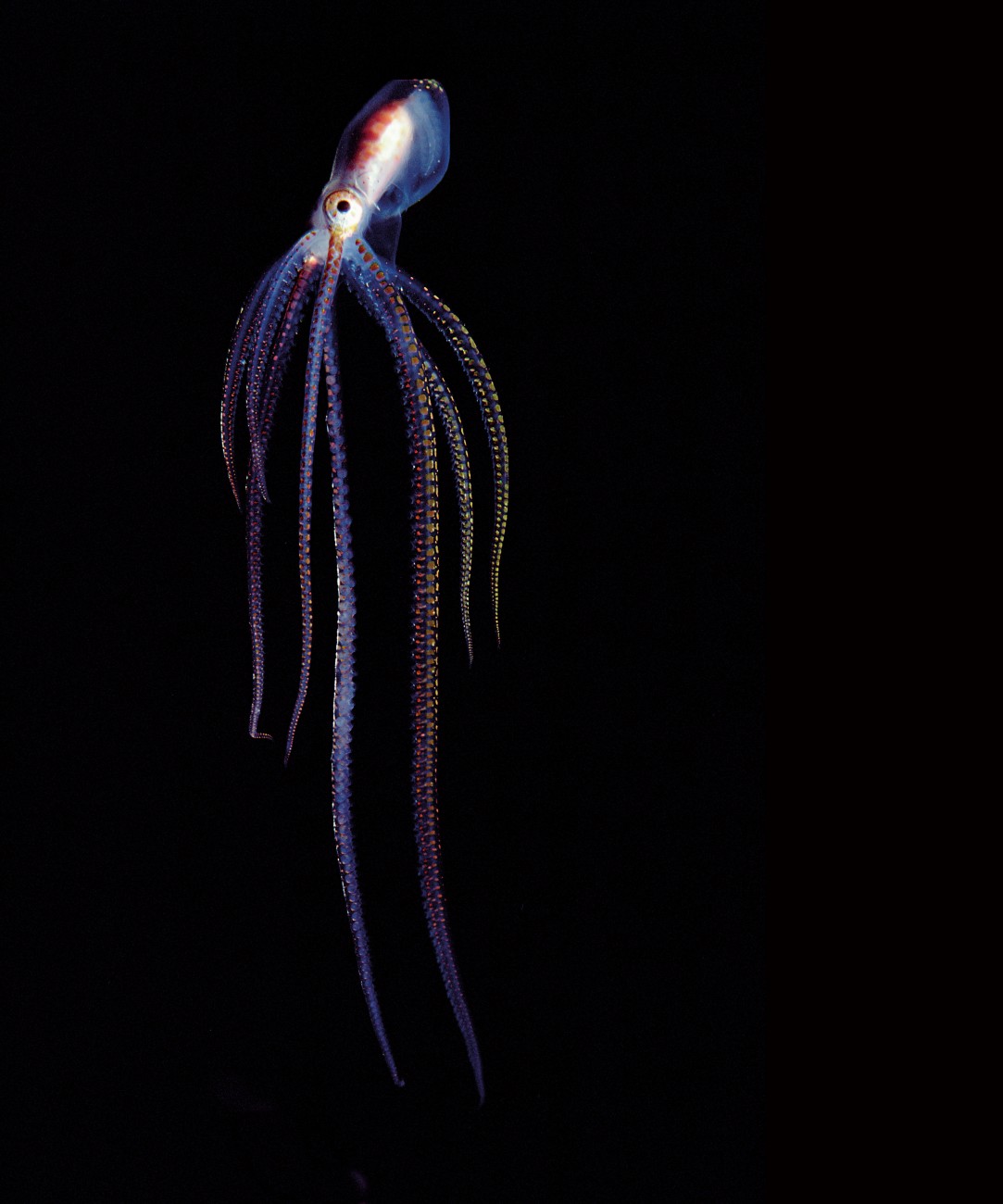 Octopii and squid can change colour almost instantly. Some species are able to switch between cloaks of bright red and zebra stripes, or from transparent to iridescent in a second, depending on both mood and surroundings. Exactly how they do this is down to cell shape, rather than pigments as is the case with some terrestrial shape-shifters.

Within the skin of squid are specialised cells called iridocytes. University of California Santa Barbara scientists studied these cells, which are riddled with grooves—or pleats—extending deep inside. When signalled by the nerves, proteins inside these cells (called reflectins) clump together and water is ejected from the cell, shrinking the membrane and making the pleats come together in layers called lamellae. Now tighter and denser, the layers reflect light differently, appearing to display different colours, a process that can be finely tuned.

“The animal can control the extent to which this happens,” says Daniel Morse, professor emeritus of molecular genetics and biochemistry at UC Santa Barbara. “It can pick the colour, and it’s also reversible. The precision of this tuning, by regulating the nanoscale dimensions of the lamellae, is amazing.”