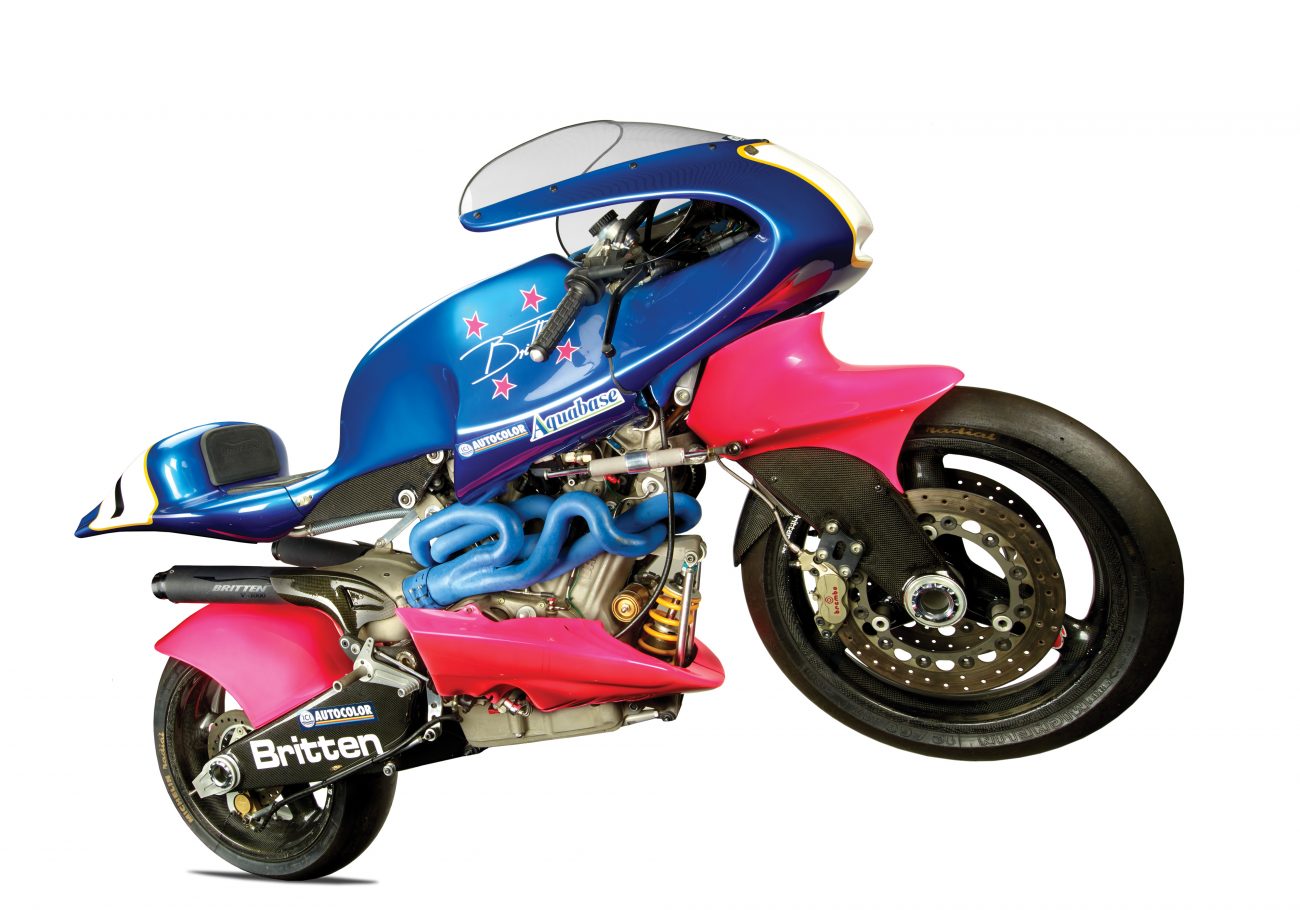 “The world’s most advanced motorcycle,” declared the cover of American magazine Cycle World in June 1992. “And it’s not from Japan, Germany, Italy, or America.”

In the early 1990s, John Britten appeared out of nowhere—Fendalton, Christchurch—with a head-turning, handmade superbike. He’d built it in his backyard, heat-treating the engine crankcases in his wife Kirsteen Britten’s pottery kiln, and crafting the shell with No. 8 fencing wire and a glue gun. He joked that he’d made everything except the tyres.

Britten was 41. His whole life, he’d learned by doing —he had dyslexia and struggled with reading and writing at school. (The condition wouldn’t be officially recognised until 12 years after his death.) At 12, he saved up to buy a petrol motor and used it to build a go-kart. At 13, he and a friend restored a decaying 1927 Indian Scout motorbike they’d found in a ditch. As a young engineer, he designed a concrete mixer, restored vehicles and made glass lamps by hand.

Then racing bikes captured his interest. In his 30s, he started experimenting with his Ducati, adding his own bodywork, but the motor and chassis weren’t up to the task. Finally, he decided he’d build his own motorcycle from scratch. He introduced a number of modifications that made it lighter and more aerodynamic.

He shaped the body from lightweight carbon fibre, hid the radiator under the seat to minimise drag and installed a computer to monitor the engine, which he designed to be compact.

The superbike astonished the motorsport world when it raced at Daytona, Florida, in 1992. The following year, it set four world-speed records, which still stand.

Ten V-1000s were made (this model, the third, is in Te Papa’s permanent collection). Britten never intended the bike to go into mass production.

“Quality is what I’m all about, not necessarily quantity,” he said. “Besides, not everybody will want one. The bike takes a bit of getting used to. Not everyone will adapt. The power can be a bit unsettling. I’m frightened by it. I give it a handful and, ‘Whoa’, I think to myself, and grab somebody else to take over the test riding.”

Britten passed away from cancer in 1995.