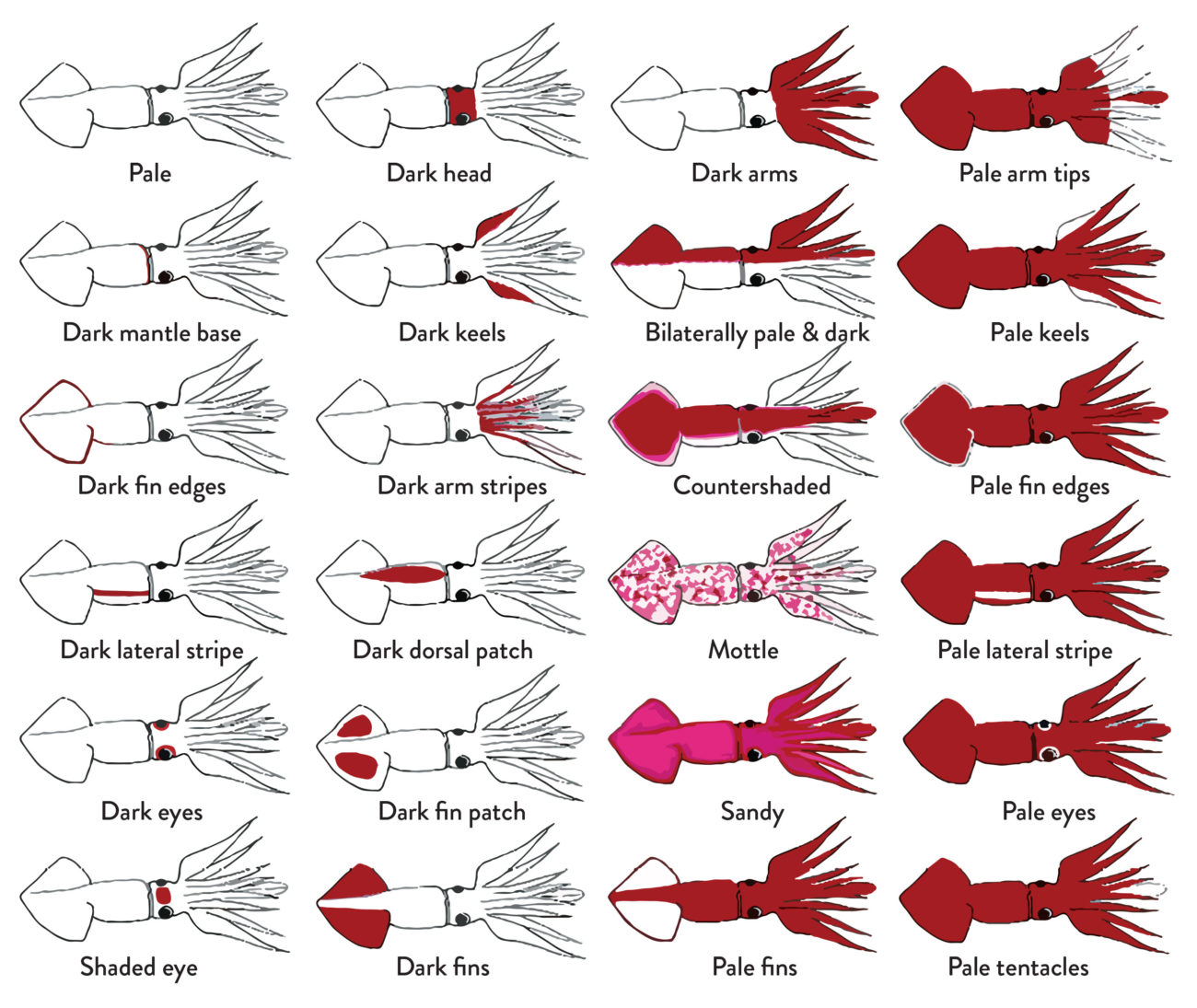 Out in the deep ocean, where it’s darker than a moonless night all day long, packs of two-metre-long Humboldt squid go hunting. They spend their short lives on fast-forward—always on the move, always hungry, even turning on their own kind if an individual shows a moment’s weakness. They’re also highly social, and a new study suggests they use a complex visual language to communicate in the deep.

“They’re born in the open ocean, they die in the open ocean—they never touch a hard surface in their life. They don’t know what a wall is. So when you bring them into captivity, they will ram themselves to death in a tank. It’s way better to meet them where they live.”

To do that, Burford and co-author Bruce Robison sent high-definition video cameras 800 metres deep in the Pacific Ocean’s California Current, and analysed the flickering and flashing displays Humboldt squid were using.

They identified a repertoire of 28 pigmentation patterns—such as “mottled”, “dark fins”, or “pale circles around the eyes”. The squids used particular combinations of these signals while feeding: they’d go half-dark, half-light when approaching prey, add a dark spot between the eyes, then flash pale all over when pouncing.

When it’s so dark, how can they make out the signals? Humboldt squid have bioluminescent photophores scattered over their body. Unusually, they’re not in the skin, but buried beneath in their muscles. Burford mapped the location of these cells and found the areas with the highest densities corresponded to the parts of the body used in some of the most important signals.

That suggests the squid use their bioluminescent bodies to make their changing skin patterns easier to see. “They’re basically concealing and revealing different parts of a glowing body,” says Burford.

So, what are they saying?

“When Humboldt squid feed, it looks like a feeding frenzy. But if you pay close attention, they’re not bumping into each other, they’re not attacking each other, they’re rarely even in competition for the same prey item. We think the pigmentation patterns they’re producing are helping them organise this chaos, so it doesn’t end in catastrophe—in a misunderstanding that leads to fighting and injury or death.”

Burford likens it to using indicators, brake lights and horns when stuck in traffic. The squid are saying things like, “I’m going for that fish over there, and stay out of my way, because I’m dominant around here.”

But it’s also more complicated than that. It looks as though the squids combine signals to make new meanings—a kind of syntax. “Is it language? It’s definitely a way of communicating, which is what we use language for.”

It should be possible to create a squid hologram, project different visual behaviours on it, and test how wild Humboldts react to it, says Burford. “Maybe some day we’ll learn how to speak squid.”