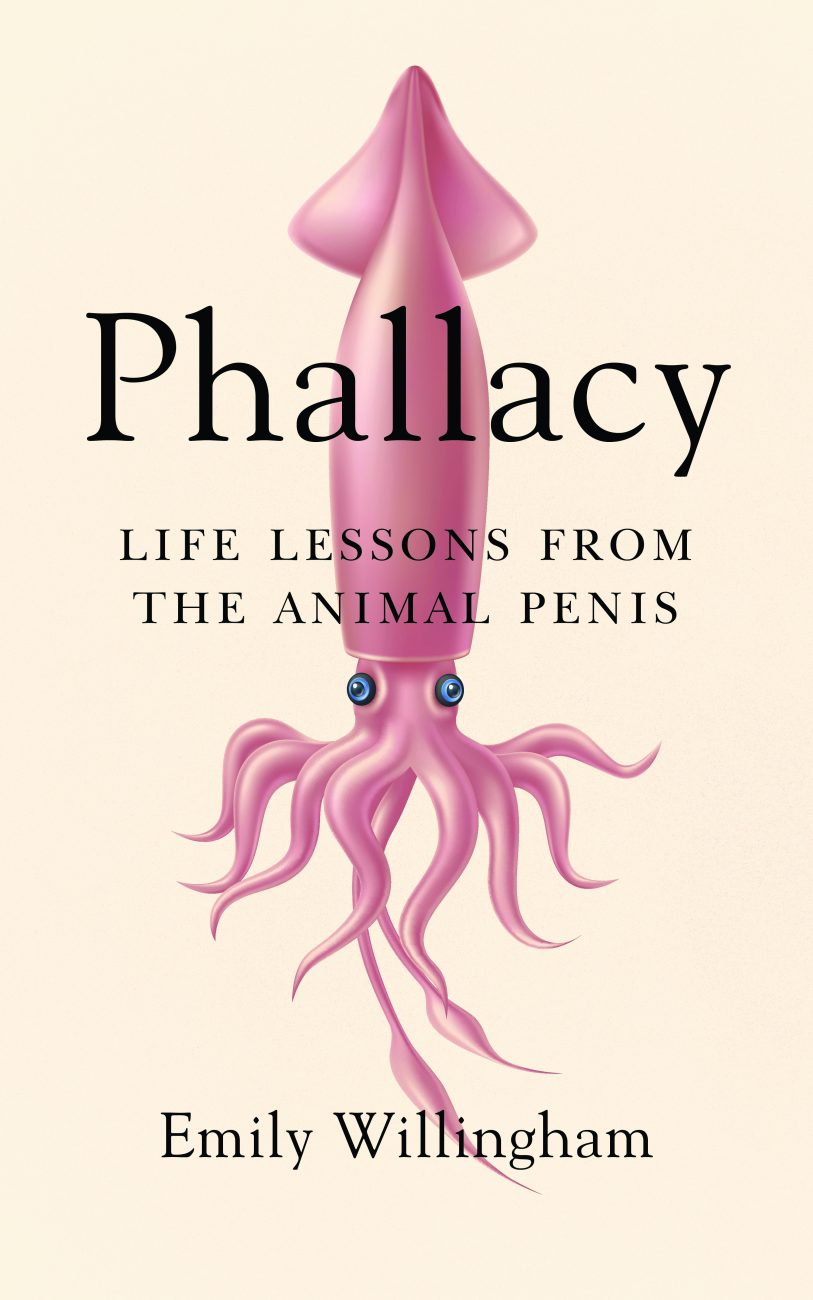 Leopard slugs are hermaphrodites, and when a pair meet on a tree branch to mate, they entwine their bodies around each other and lick each other’s slime. Together, they form a dangling rope of mucus and lower themselves into space.

A penis appears from the side of each slug’s head, and the two phalli wrap around each other in a tight knot and exchange sperm. As Emily Willingham writes: “Sex on a mucus string in midair with knotted penises and an assist from gravity? This slug gets the gold for best penis story to tell at a party.”

But the competition is stiff. Phallacy tells tale after tale about the strange forms and functions of animal genitalia (though, as Willingham frequently points out, because of bias in research there is still vastly more known about the penis than about the vagina.)

Millipedes copulate with their feet. Male and female Japanese yellow swallowtail butterflies have light receptors on their genitalia, presumably to help them see where to connect. (The only place humans have similar cells is on our retina, Willingham points out. “Imagine if you had them on your genitalia. You could see with your vulva.”) Some insects, including bedbugs, practise “hypodermic insemination”: stabbing their mate in the abdomen with their penis-like organ. There is so much variety that “penis” isn’t really the right word for the appendages of many of these creatures, so Willingham gathers a dozen terms for organs that are inserted for transmitting sperm or eggs under the term “intromittum”.

Then there’s the tuatara, which gets a whole section in the book. Male tuatara don’t have any sort of intromittum at all. Instead our ancient taonga mate by rubbing their genitalia together for about 15 seconds, a process called a “cloacal kiss”. Chickens do that too, it turns out—meaning, ironically, a rooster has no cock.

The prize for the longest penis relative to body size goes to the humble barnacle, beloved of Charles Darwin (he wrote four monographs totalling 1200 pages about them). One species has a penis nine times its length. While a male barnacle reaches a third of a millimetre, his member measures a whopping three millimetres. “If you were to translate that into human terms, humans would have penises the length of a humpback whale,” Willingham adds, “which would obviously be overdoing it.”

Phallacy is a scientific book, full of gleeful discovery and fun. There are dick pics (mostly non-human) and a tour of Iceland’s Phallological Museum (put it on your post-pandemic bucket list if you want to see a mounted sperm whale penis in the flesh). But it is also political, embedded in the #MeToo era. Willingham sets out to bust myths, poke holes in dubious sexist science, and put the human penis in its place: no longer the “embodiment and full measure of masculinity”, but a body part “made for love, not war; intended for intimacy, not intimidation”.