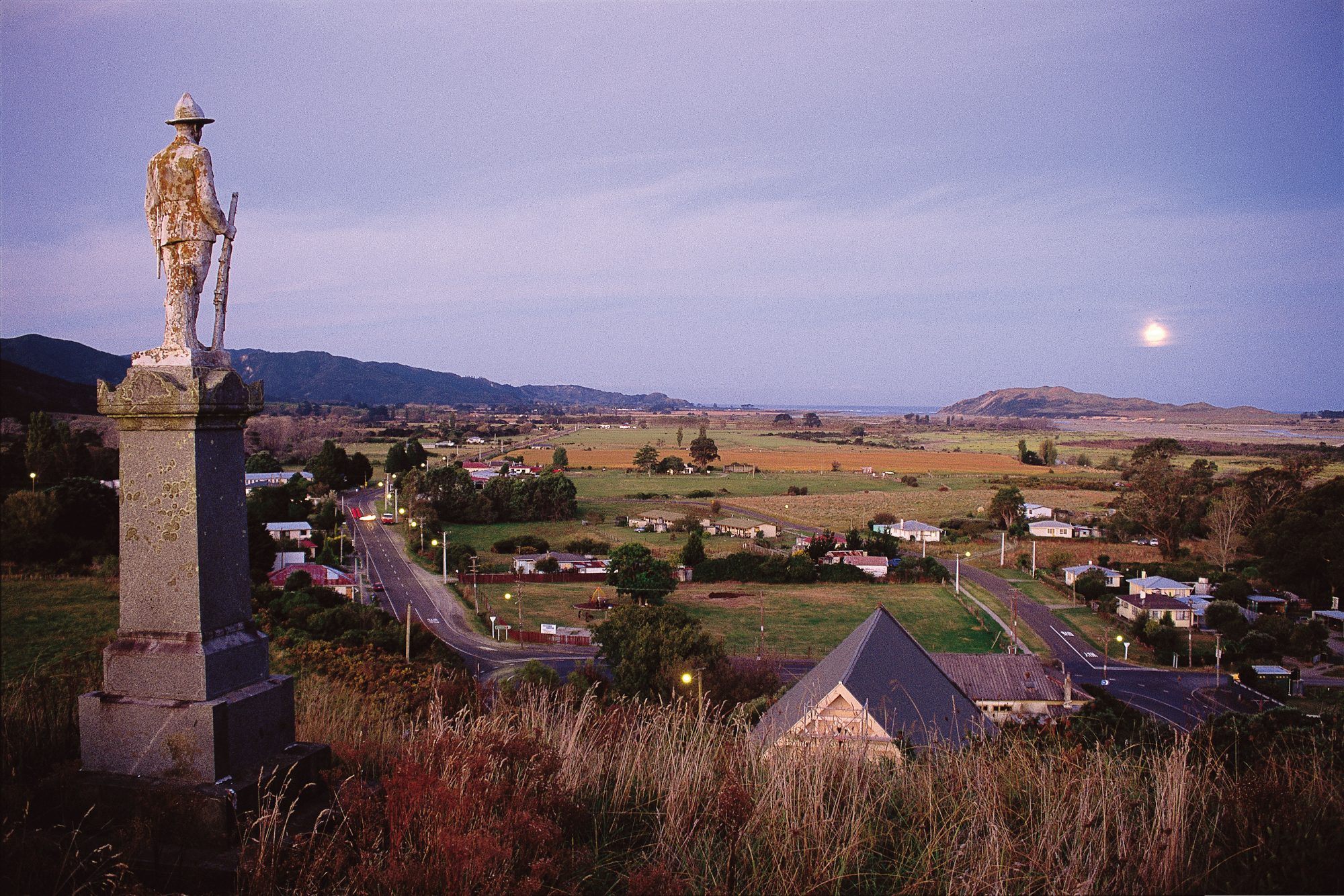 Sited prominently on a spur of land overlooking the fertile land of the Waiapu valley, St Mary’s church was the gift and the inspira­tion of Sir Apirana Ngata (1874– 1950), one of the most influential and illustrious Maori leaders of the 20th century.

Ngata was “a man of such ex­traordinary gifts of intelligence, energy and foresight,” writes his biographer, Ranginui Walker, “that among his own Ngati Porou tribe he was esteemed as a god among men.”

At a time when many Pakeha were content to “smooth the pillow of the dying race,” Ngata sought to restore the fortunes of his people, equipping them with the skills they needed to survive in a new, colonial world while ensuring they kept alive the traditions of their own culture.

Among those traditions were Maori arts and crafts. Ngata was a passionate champion of carving and the decorative arts, of Maori music, dance and haka, of poetry and linguistic traditions. He saw large building projects, such as meeting houses and churches, as a way to showcase “the heirlooms of the ancestors” and to preserve and foster their practice.

St Mary’s, however, was to be more than just a gallery of fine carvings, decorated rafters and woven panels. It would serve as a poignant reminder of the sacrifice Ngati Porou troops had made in serving overseas. And so a monu­ment of a World War I soldier­ complete with “lemon squeezer” hat and rifle—stands on the hillside behind the church, gazing towards the east: to the mouth of the sacred Waiapu River, to the Pacific Ocean and to the sunrise and moonrise.

Ngata was four years away from being appointed Minister of Maori Affairs (though he had been an MP for 19) when work started on the church in 1924. He personally supervised the weaving of tuktuku (panels) for the interior walls and the painting of kowhaiwhai patterns on the rafters. Most of the carving was undertaken by Hone Ngatoto, a renowned Waiapu tohunga whakairo (master carver), but contributions came from elsewhere: the pulpit, which is supported by six figures­ upholding, as it were, the Word of God—was the gift of Arawa carvers, while the communion rail came from Waikato tribes.

Throughout the interior of the building, Maori and Pakeha motifs mingle—an artistic expression of Ngata’s belief in the equality of the two cultures. For instance, in the wall panels, woven Christian crosses mingle with Maori star and angle patterns, and are surrounded by the carved faces of ancestors.

As a tribute to Ngata’s vision, St Mary’s is unsurpassed. It encapsulates visually the words of wisdom he wrote in a child’s autograph book: “Turn your hand to the tools of the Pakeha for the wellbeing of your body. Turn your heart to the treasures of your ancestors as a crown for your head. Give your soul unto God, the author of all things.”

Conservation work on St Mary’s began in January 2002. Tukutuku which had suffered significant deterioration were removed from the walls and suspended on wooden frames (below), a task which involved gently prising the surrounding heavily nailed carvings from the walls. Behind one carving, workers found charred timber framing and the roasted remains of a mouse­ evidence of how susceptible old wooden buildings such as St Mary’s are to fire. The charring was be­lieved to have dated from the 1980s, when the church was repainted. Heat from a blowtorch, being used to strip exterior paint around the windows, must have caused the old wood behind the joinery to start smouldering.

Finding this damage was a timely reminder that the installation of a sprinkler system was vital to ensure St Mary’s didn’t suffer the same fate as the historic Maori church Rangiatea, at Otaki, or, closer to home, the meeting house at Hinerupe marae, over the hill at Te Araroa, both of which were recently destroyed by fire. 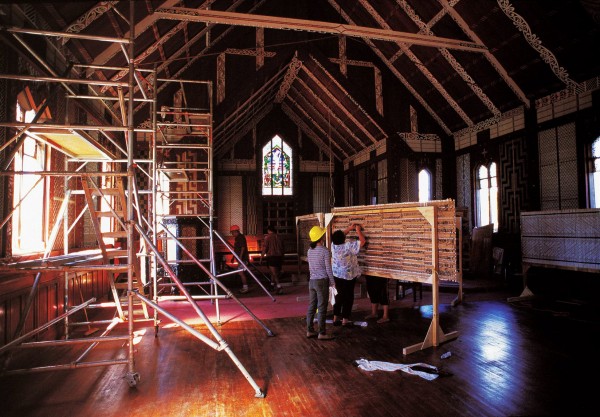 Tukutuku consist of a lattice of wooden slats and dowels (tradition­ally the stalks of toetoe) held to­gether by strips of fibre, usually derived from the native dune grass pingao or from the flaxlike leaves of kiekie, a climbing plant. Working in pairs, local kuia teamed up to repair areas where the fibres had frayed and split over the years. Reremoana Ngata and Kohai Manuel feed replacement fibres through gaps in the wooden matrix to patch a damaged section.

Kura Kaa, the minister’s wife, who was the tahuhu, the backbone, of the whole restoration project, spent weeks replacing small pieces of fibre on panels that remained fixed to the walls. She used a tacking iron and heat-setting glue to restore the intricate designs to their original appearance.

The labour-intensive fibre work brought several generations of women together. At right, Mana Rangi, in her late 80s, shares her knowledge of weaving with Marekaraka Te Whitu. The panel the two women are working on incorporates fibre which has been dyed in paru, a black mud rich in iron. The acidity of the dye has caused more rapid deterioration of the fibre than that which occurs in undyed fibre. The replacement strips have been stained with synthetic dyes.

While fibre restoration took place within the church walls, several carved panels were taken off site to a whare whakairo (carving workshop) in nearby Ruatoria for repair. With the tools of his trade­ including paopao (mallet) and steel chisels—to hand, Peter Sollitt draws in the design he will carve in a replacement section of a rotted maihi, or barge board, that forms part of an exterior gateway.

The white undercoated timber will be painted the traditional red-brown colour, like the carving in the background.

Much of the conservation work in the church involved nothing more than a thorough cleaning with a vacuum cleaner (below), paint­brushes and buckets of water. The accumulated grit and dust of 70-odd years of hot, dry summers and strong easterly winds blowing across the river bed of the Waiapu River had found its way into every nook and cranny. Removing the decades of grime gave the carvings a new lustre and vigour.

With the end of the project in sight, Dean Whiting, Maori heritage conservator for the Historic Places Trust, and the Reverend Matanuku (“Mac”) Kaa, minister of St Mary’s, return a tukutuku to its place beneath the main stained-glass window. Each woven panel—along with each carving and painted rafter—tells a story. The steplike pattern in this panel is known as the poutama design, representing the climb made by the mythical ancestor Tawhaki to receive three baskets of knowledge from the gods. Also known as the “stairway to heaven,” this design contains an appropriate message for the panel, which is positioned behind the altar (removed from the church until restoration was complete).

The church’s stained-glass windows echo many of the designs of the woven panels. To restore panes which had been blown out during storms, glass conservator Graham Stewart fossicked in long grass beside the church property and in the spoutings, retrieving precious shards which he painstakingly glued back together. Still short of matching glass, he went door to door in the district, asking people to donate glass from lead lights made during the same era.

All the windows—such as the ones in the church’s sacristy being reinstalled by Stewart’s son, Ren—now have additional panes of toughened glass on the outside to protect the artistry.

As they climbed the path to the church on a rainy Anzac Day morning for the rededication ceremony, peo­ple’s thoughts no doubt went back to the young men of the district who gave their lives in service during two world wars, and to Sir Apirana Ngata, father of the Maori Battalion, who erected the church in their honour. (Previously painted white, the building has been returned to its original colours: the olive and cream of the Mediterranean, where the Maori Battalion fought in many campaigns.)

Inside, surrounded by the familiar carvings and patterns which speak of sorrow and strength, mana and ihi, honour and loyalty, the congrega­tion listened to oratory, bowed in prayer and sang hymns of faith (below).

The building of the church in the 1920s had relied on ohu, the co­operative willingness of the local community to join in voluntary labour. So, too, had its restoration, with financial assistance from the Lotteries Grants Board and two community trusts. 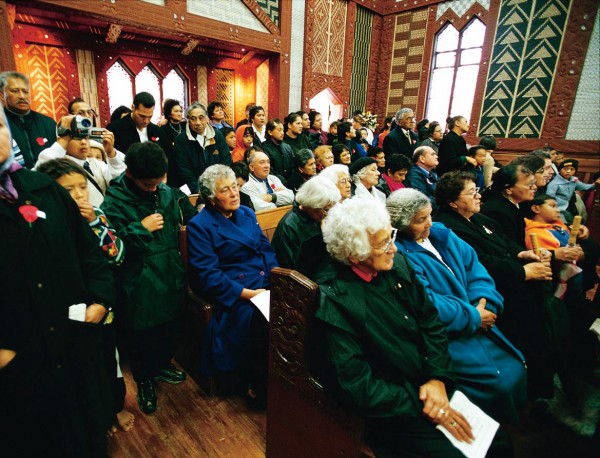 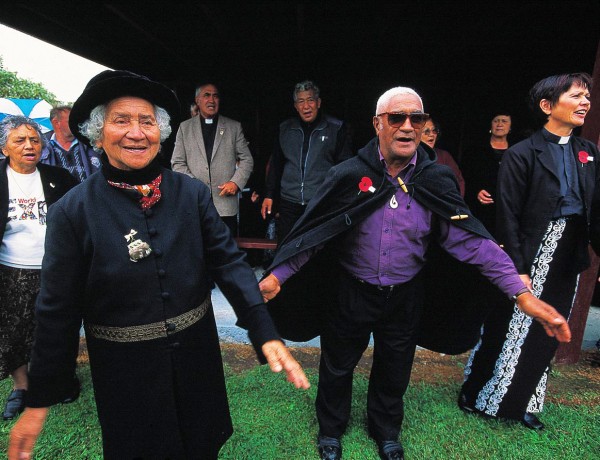 With the ravages of time re­versed, or at least held at bay, and a sprinkler system to guard against fire, this was a time to give thanks for a building that richly preserves Ngati Porou cultural heritage.

After the service, Ngata’s surviv­ing daughter, Mate Kaiwai (above), joined other digni­taries in waiata at Rahui marae, across the road from the church. It was here, on February 16, 1926, that 5000 people gathered to celebrate the church’s consecration. Ngata was present, of course, along with the Prime Minister, Gordon Coates, the Governor-General, Sir Charles Fergusson, and the Bishop of Waiapu, the Right Reverend William Walmsley Sedgwick, who dedicated the church.

After Ngata’s death in 1950, the local people erected a memorial to him beside the church. The inscrip­tion declares “their deep affection for him; the vine which bound together the churches and tribes of the Maori people; the pillar of Maori traditions and the guiding star of his people.”

At the going down of the sun, and in the morn­ing, we will remember them.”

In the church, poppies on the roll of honour made a silent tribute to those who fell during the Great War. New panels added to the roll this year will allow the names of those killed in subsequent campaigns to be included.

High above the green fields of the Waiapu valley, may St Mary’s church, the soldiers’ memorial, continue to bring comfort to the whanau of those who spilled their blood in war, and inspire all who stand within its sacred walls. 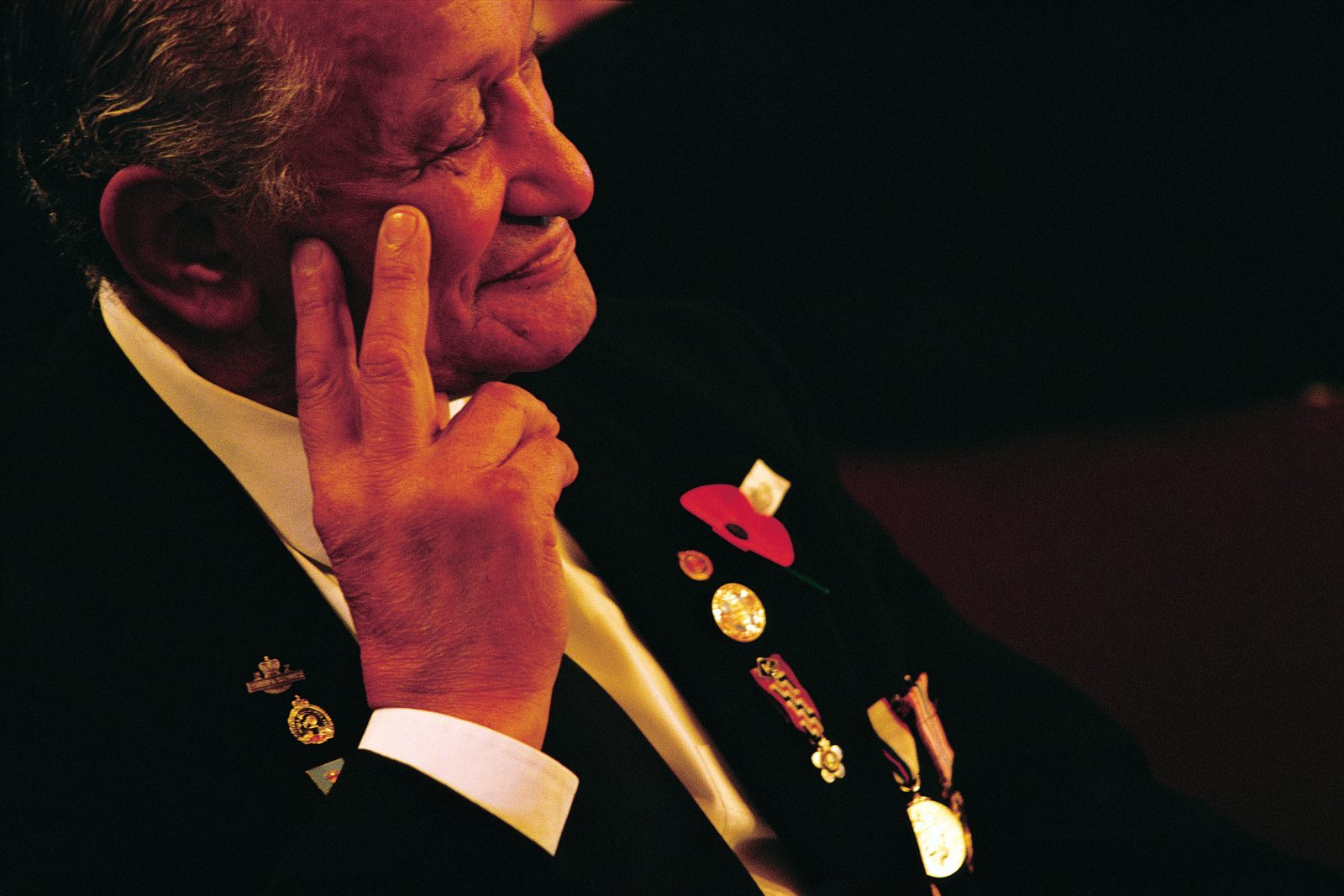