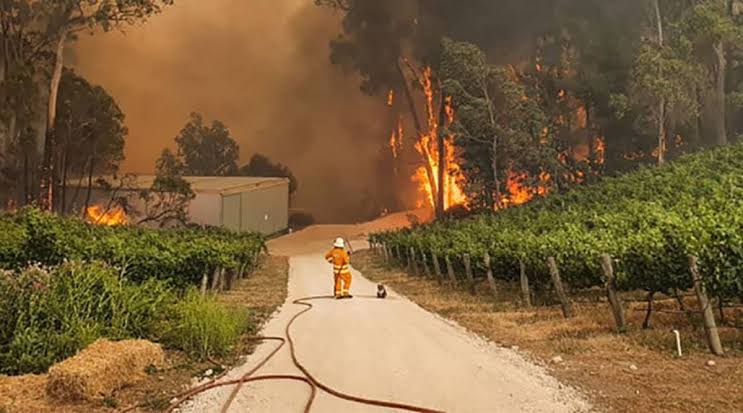 Evolution has made certain that we cannot ignore the distress of a child. It takes just 140 milliseconds for an upset child to trigger a caregiving response in the orbitofrontal cortex of our brains. Konrad Lorenz, the father of ethology—the study of animal behaviour—called it kindchenschema, and noted that adults responded most strongly to features we might describe as cute: round heads, big eyes, little button noses, chubby limbs.

Which, coincidentally, also describes a koala. Add fluffy little ears, soft fur, an air of imploring helplessness, and something crystalises: it was only a matter of time before the Koala Relocation Society (KRS) would demand that New Zealanders offer a home to koalas. As I write this, the number of petition signatures on change.org is ticking over like the trip meter of your car: right now, 14,754 people want Jacinda Ardern to grant koalas New Zealand citizenship, and sanctuary from the apocalyptic firestorms in southeastern Australia that have killed an estimated 8000 of them.

This comes as no surprise. When I look at the photograph of a koala approaching a firefighter, looking so small and helpless as its home burns around it, I choke up too.

I’m supposed to be a hard-headed, rational science writer, but my orbitofrontal cortex comes with nurturing pre-installed, just like (nearly) everyone else’s. I want to cradle that forlorn creature, offer up my own home to it.

My cerebrum, however, is stubbornly lucid. It points out that thousands of inland taipan, considered one of the world’s deadliest snakes, have died in the fires too, but we’re still waiting for the Inland Taipan Relocation Society to launch a Givealittle page. It considers that other victims—the northern eastern bristlebird; the western ground parrot; the southern corroboree frog; the Blue Mountains water skink—are even more endangered than the koala, critically so, yet no-one clamours for their evacuation to New Zealand.

Studies have shown that our caregiver response dims dramatically when we regard a child’s face that has some imperfection, such as a cleft lip. We reserve our solicitude for those easy on our eye. This may be why the unlovely Peron’s tree frog has been completely overlooked, too.

Evolutionary imperative is less sensitive to practical detail. For starters, how might we feed our koala asylum-seekers? The KRS says there are more than 28,000 hectares of eucalypts already here, ready to accept dinner guests, “and are similar to much older forests from Australia, as they grow fast here”. Well, yes, they do grow fast, but to assert that plantation forests in New Zealand are similar to old-growth native ecosystems in Australia is, frankly, junk ecology. According to Landcare Research—Manaaki Whenua, fully 18,500 of those hectares consist of stands younger than 15 years.

Moreover, there are more than 700 eucalypt species in Australia, and 670 of them are of no interest whatsoever to koalas, which seek out only those with a high protein content and low proportions of fibre and lignin. Just three species make up nearly a quarter of koala diet. The Ministry for Primary Industries notes that 17 species are currently grown in New Zealand, but only one of them, Eucalyptus microcorys, or tallowwood, is palatable to koalas. It’s also prone to being cut down for timber. The KRS has not yet explained how we avoid the deaths of yet more koalas every harvesting rotation.

Here’s another sobering fact about koalas: around half the wild population is infected with chlamydia. Admittedly, humans can’t catch the most common strain, Chlamydia pecorum, but you can catch a second, C. pneumoniae, if a koala happens to wee on you. So not only are we asking forest owners to accept the relentless browsing of their cash crops (a koala can scoff half a kilo of leaves a day), but we’re assuming loggers will be okay with somehow wielding a chainsaw and an umbrella at the same time.

Introductions rarely produce predictable results. Once the horrors of the Australian wildfires were over, New Zealanders would be contemplating the bill for hosting our koala population (likely, after due husbandry and biosecurity diligence, to run into the millions) and who’d be stumping up for it. People would rightly point out that we can’t afford to save all our own endangered species, let alone one of Australia’s.

And there would come, too, the sobering realisation that our hormone-flooded forebrains had tricked us into overlooking a simple truth: that 80 per cent of koala habitat in Australia had already been destroyed by land clearance long before the fires broke out. And that, for decades, around 4000 koalas have been dying every year under the wheels of cars and in the jaws of dogs. Which begs the question, KRS: where have you been all this time?