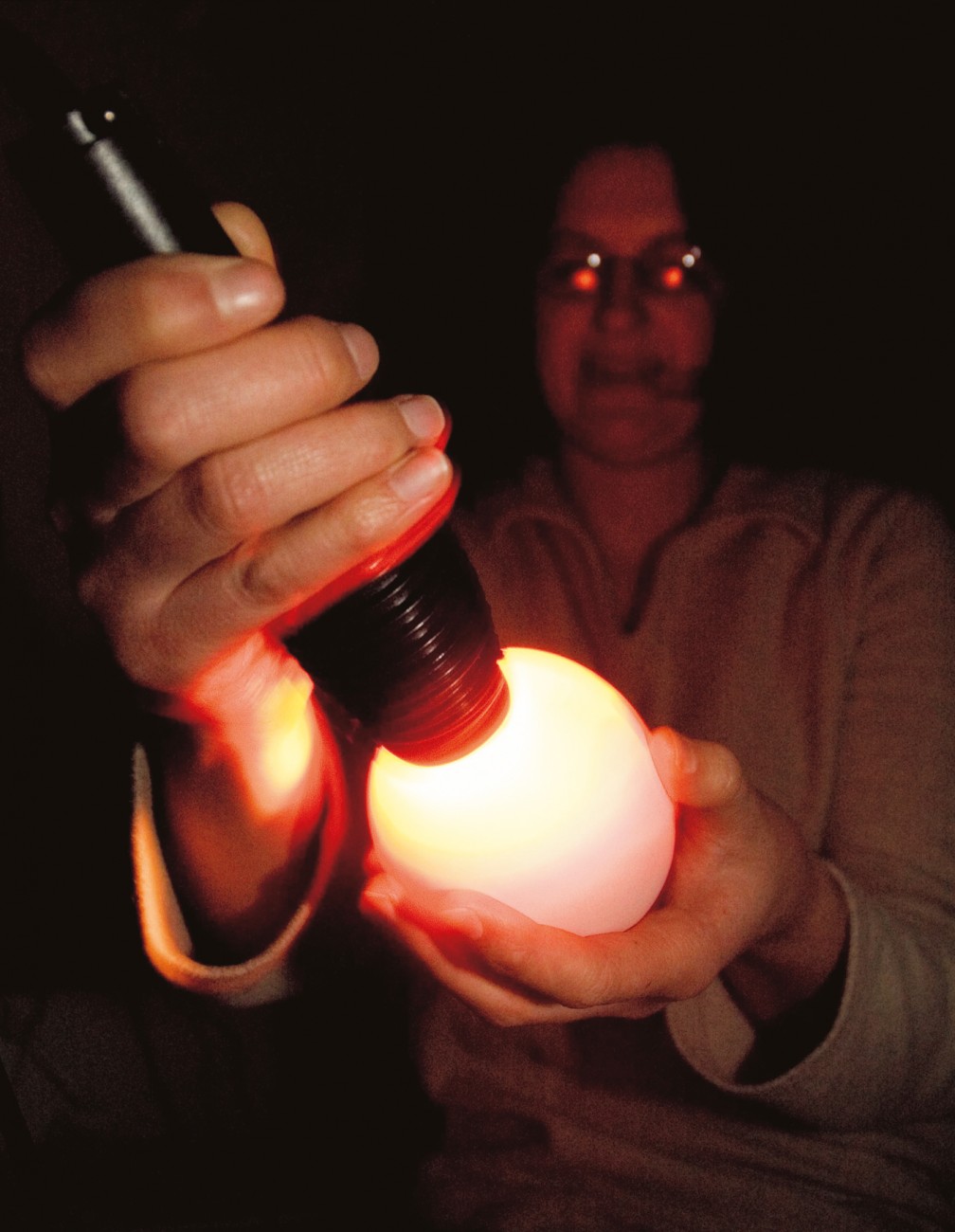 My research focuses on kiwi em­bryo development and chick rearing. I try to make sure that every fertile egg that goes into an incubator as part of Operation Nest Egg (ONE)­ a key element of the Bank of New Zealand Kiwi Recovery Programme that entails hatching eggs and raising chicks in captivity to maximise chick survival rates—has the best possible chance of producing a young bird that can one day be released into the wild.

I began working on kiwi-egg incubation and chick rearing at Rain­bow Springs, Rotorua, after studying artificial incubation of another ratite, the emu. At that time the hatching success of kiwi in captivity was often low and certainly variable, and few eggs were being incubated. How­ever, we have come a long way since then, our knowledge and experience of kiwi-egg handling, incubation, hatching and rearing having greatly increased. In 2004, Rainbow Springs opened Kiwi Encounter, a purpose-built facility for the incubation and rearing of brown kiwi that also offers the public the chance to see and learn about our national bird and what we are doing to conserve it.

A kiwi egg is huge relative to the female that lays it, but the shell is extremely thin. While this makes it fragile and prone to damage, it al­lows us to follow the development of the embryo during incubation. To do this we candle the egg, briefly shining a bright light into it to illumi­nate the contents. When an egg is candled correctly, the embryo, yolk and fine network of veins that lie just under the shell become visible. One can determine if the embryo is alive and how old it is.

Candling is used first when an egg arrives at a ONE captive-rear­ing centre, to determine whether or not it is fertile. If it is, it is placed in an incubator. The shadows thrown by a living embryo, the yolk and the embryonic membranes change in certain ways during incubation, so further, regular candling reveals whether the embryo is developing properly. We candle eggs briefly twice a week to see if they are developing
as they should. When an egg is about 45 days old, we start to check for embryo movement, which we do by whistling or talking to it. It is possible to detect movement a little earlier than this by balancing a thin metal rod (or a stick of dry spaghetti) lengthways across the egg.

Movements made by the embryo are ampliÞed by the rod, which starts to tremble at the ends, but this is a rather time-consuming business if there are a number of eggs to check. Whistling to an egg may sound silly, but a mature embryo responds to sound, and a sharp whistle close to hatching (at 65–70 days old) will trig­ger vigorous movements inside.

At Kiwi Encounter, we are able to incubate far more eggs than we used to—over 90 in the 2004–05 breeding season—by using a large forced-draft incubator. Similar to the incubators used on commercial chicken and emu farms, this continu­ally pumps warm moist air around the eggs, maintaining constant tem­perature and humidity. This is an ad­vance over a still-air incubator—the kind used previously—which acts like a little oven, with an element on the lid heating the eggs from above. This produces a temperature gradient from the top of each egg to the bot­tom and makes for poorer regulation of humidity, resulting in loss of egg weight.

All of these parameters must be closely controlled to ensure success­ful hatching; nevertheless, still-air incubators continue to be useful and cost effective when there are only a few eggs to incubate.

If we suspect an embryo is in the wrong position for hatching, we can X-ray the egg. The incidence of mal­positioned chicks is low, and the vast majority of hatchlings fairly bounce out of their shell. However, a few weeks before a chick is due to hatch, the egg should appear very black on the left-hand side when candled and viewed from above, with the egg held in the left hand and the air sac facing away from you. There should be a red glow at the pointed end (where the yolk is) and a thin band of veins just under the edge of the air sac.

This combination of attributes indicates everything is heading to­wards a normal hatch. If the disposi­tion of elements is different, it could mean that the chick is upside down in the shell (like a breech baby) or malpositioned in some other way. In such cases it may be impossible for the chick to pip the air sac and start breathing air, hence it could suffocate.

To X-ray a suspect egg, we pack­age it up and take it to Dr Trevor Kelly, a Rotorua vet. The X-rays don’t harm the chick and two images en­able us to work out exactly how it is positioned and thus whether we need to assist with the hatch. Quite often all we have to do is make a small hole in the shell so the chick can breathe, but if the chick is com­pletely topsy-turvy we might have to help it from the shell. Monitoring of chicks helped in this way does not indicate that their offspring will also require hatching assistance.

These latest candling and incu­bation practices are improvements on previous procedures, and allow the staff at captive-rearing centres to consistently hatch previously dif­Þcult-to-hatch, and younger, eggs. Increased knowledge of chick husbandry, diet and feeding, and improved veterinary care, mean that 95 per cent of ONE kiwi hatched in captivity are released into the wild.

Since one commenced in 1994, Auckland Zoo, Rainbow Springs and Westshore (Napier) have released a total of 448 birds. ONE kiwi have been released in otherwise kiwiless areas, such as Egmont National Park, Whale Island and Mokoia Island (Lake Rotorua), and have boosted numbers in the Kaweka Range, on the Coromandel Peninsula, in Ton­gariro National Park and in the new mainland island Maungatautari (near Karapiro), where four brown kiwi chicks were released just weeks ago.