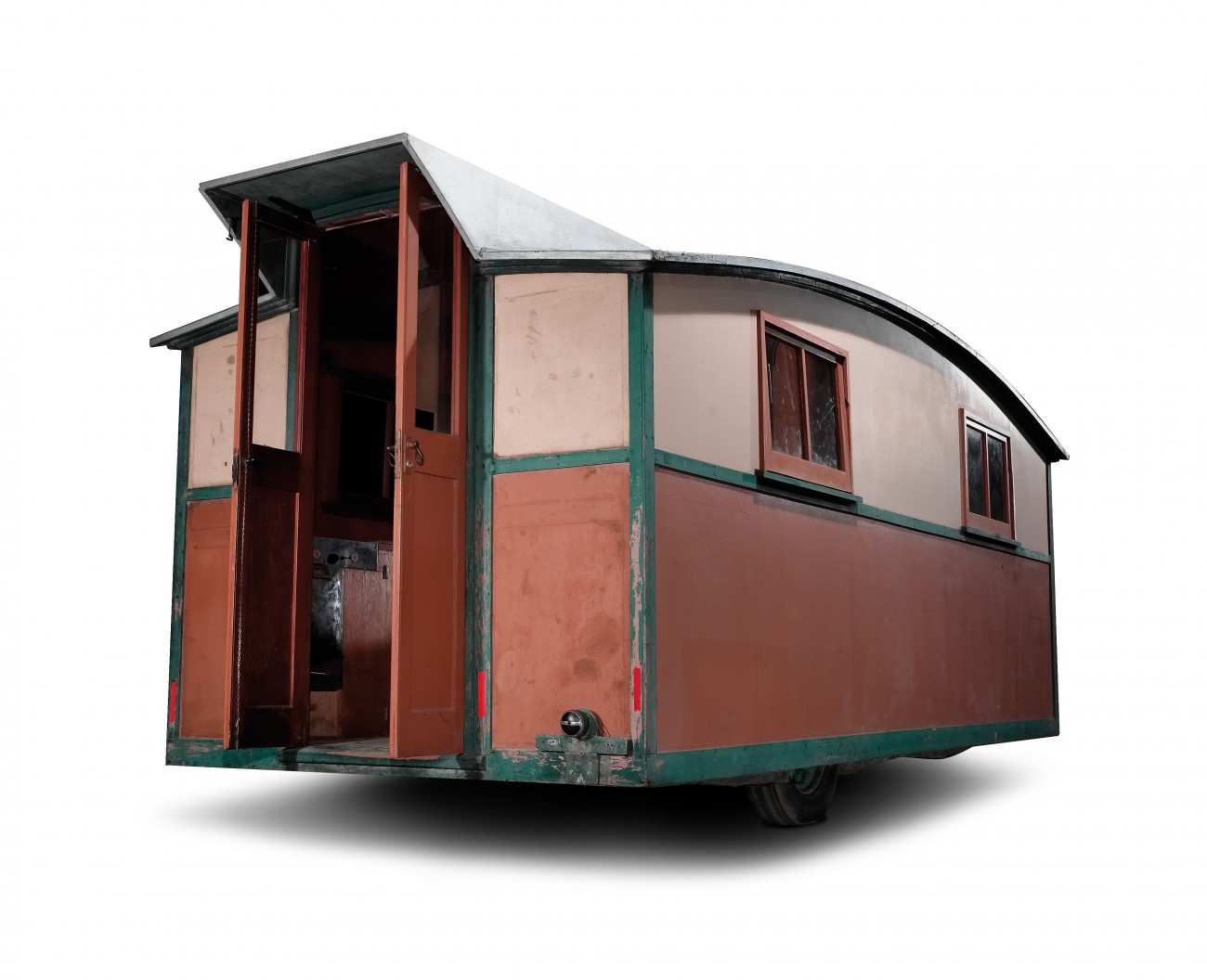 Richard Reichenbach, an electrical engineer from the Manawatu, had grand designs for his 1937 honeymoon—he’d take to the road with his new wife in a caravan of his own making. He built a frame of rimu and stretched aircraft fabric over it—heavy-duty canvas that he would paint and repaint over the years in order to keep it weatherproof.

When the Reichenbachs stopped for the night, the caravan’s steel frame was cranked down onto its feet for stability and a canvas awning propped up to provide shade—and later, extra sleeping space for their children.

Inside the caravan—now held for posterity at Te Papa—there’s a gas-powered cooker and refrigerator, a fold-down table and an ingenious collection of beds: Bunks and a single bed that folds down over the end of the double, possibly a later addition to accommodate their four children. It’s easy to imagine the cramped, plywood-lined interior as the site of a few frayed tempers after a couple of days’ rain.

But it was fit for purpose, and the Reichenbachs holidayed in this caravan for more than two decades. Even the family cat went along.

Richard Reichenbach was a pioneer—the idea of the caravan holiday was still young in the 1930s, and it wasn’t really possible to buy one. Instead, enthusiasts built their own from instructions in magazines such as Popular Mechanics, from components bought at camping stores such as Auckland brand Reliable.

By the 1950s, caravans were all the rage, commercially produced models were widely available, and they came to epitomise New Zealand summer holidays. Several social changes prompted this boom: post-war petrol rationing ended in the 1950s, and that decade, car ownership more than doubled, reaching half a million vehicles—one for every 4.5 New Zealanders. In 1944, the Annual Holidays Act granted all full-time employees the right to two weeks’ paid leave, and subsequently it became common for businesses to close over Christmas. (In 1974, this leave allowance was raised to three weeks, further fuelling caravan mania.)

By the 1950s, caravan owners also had a spectacular array of campgrounds to choose from—the legacy of an outdoors-loving Minister of Internal Affairs, Bill Parry, who introduced the Physical Welfare and Recreation Act in the same year that Richard Reichenbach honeymooned. It gave councils the ability to finance recreational services such as large campgrounds. For Parry, it was a question not of leisure, but of health. In his words, “All sections of our people should be given the cheapest and most interesting facilities possible to see our beautiful country under health-giving conditions.”