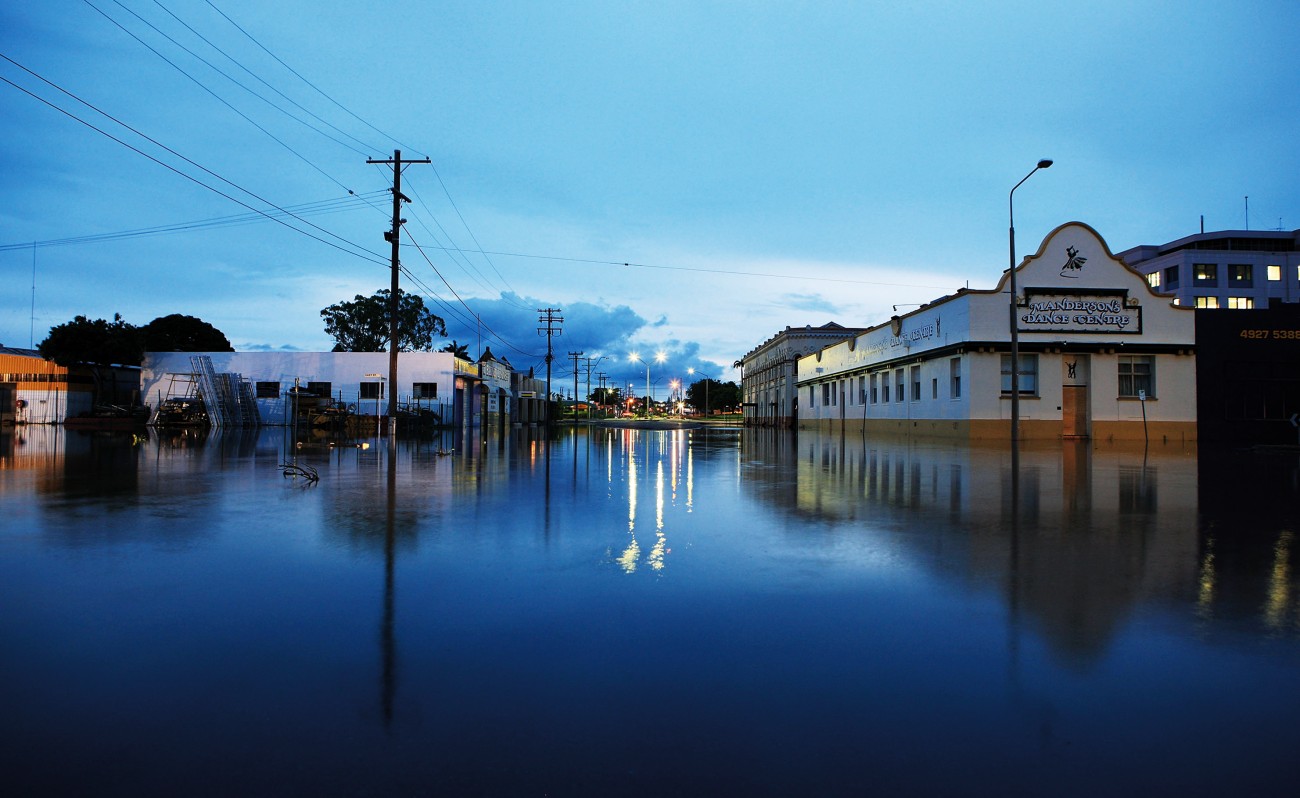 In January, I was tramping up a creek in the Tararua Range. Flooding had undercut the banks and dropped a number of trees across the water. One of these, trapped between two boulders, had formed a charming waterfall. The water flowed clear and smooth a couple of centimetres deep across the tree trunk, then erupted into white foam as it fell down. As I stood waist deep in the creek below the tree it was irresistible to reach up and place my hands on the trunk.

To my delight, bubbles formed off the tips of my fingers where the water flowed swiftly across my fingernails. The longest bubbles reached to the second knuckle of my finger. The bubbles could be made to appear or disappear as I moved my fingertips into or out of the fastest part of the flow.

The formation of the bubbles is testament to the viscosity of water—how strongly the water molecules stick together in a liquid—a principle which influences the severity of weather we are experiencing, and one of the reasons behind the floods in Tasman Bay, Queensland, Pakistan, Brazil, Sri Lanka and Taiwan.

Insight into the cause of these humanitarian disasters can be found at the subatomic level. The oxygen atom in the water molecule attracts the electrons of the two hydrogen atoms and pulls them a little closer. This makes water a polar molecule—the oxygen end carries a negative charge and the
hydrogen end a positive. Consequently, water molecules form strong intermolecular bonds with one another known as hydrogen bonds.

So, as the water flowing over the log raced past my fingertips, very few of the molecules could break away from their neighbours and enter the cavity. Those that did were in the gaseous state, along with other gases dissolved in the water such as oxygen and carbon dioxide.

A measure of the strength of the bonds between water molecules is how much energy is needed to break them. It takes 2.5 million joules to change a kilogram of liquid water to gas. This is known as the latent heat of evaporation, and this heat is released back to the air when water vapour condenses back to liquid droplets in the atmosphere.

Because warmer air can more readily break those hydrogen bonds, it can contain more water vapour than colder air—a relationship that is not a straight line but sharply curved. At warmer temperatures the rate of change is greater, so even a 1ºC change from 20ºC to 21ºC increases the water vapour content by about five per cent.

Once caught up in a rain-producing weather system, such as a front or a thunderstorm, the warmer air not only delivers more water gas to form more intense rain, but the release of more latent heat as the water condenses further intensifies the storm and the rainfall.

This property of water is the basis for predictions that rainfall will be more intense in a warmer climate—something we have been witnessing recently.

In New Zealand, near the end of December, warm northerlies ahead of a front brought heavy rain and flooding to many parts of the South Island. The Aorere River in northwest Nelson had its worst flood in 150 years after more than 200 mm of rain fell over a large area. One rain gauge in the mountains recorded nearly 400 mm. At its most intense, the rain there was falling at a rate of about 40 mm an hour for just over four hours. A number of bridges were destroyed, including one that was a century old. Large areas of farmland were inundated and stock washed away as the river spread out, kilometres wide, over most of the lower valley. As the water receded, it became apparent that the river had dug a new path to the sea and considerable effort was needed to engineer it back onto its old course.

In Pakistan, record-breaking floods occurred last July, inundating around 20 per cent of the country, killing more than 1600 people and displacing 20 million. Some villages were still under water six months after the rain fell and there remains an ongoing humanitarian crisis of epic proportions, according to the United Nations.

In Sri Lanka, monsoon rains in January were the heaviest on record, while across the Tasman that month, flooding devastated many parts of Queensland, which had earlier experienced its wettest-ever spring. Sometimes January’s floodwaters moved downstream slowly, giving people days to prepare for their arrival, but in Toowoomba, deadly flash floods tore through the town with little warning after 152 mm of rain fell nearby in half an hour.

In Taiwan, the island’s deadliest typhoon on record, Morakot, shattered rainfall records in August 2009, bringing more than two metres of rain in 48 hours to a large area, with some places receiving close to three metres. To put that in a New Zealand perspective, this is nearly a half of Fiordland’s annual rainfall in just two days.

The damage to infrastructure from the resulting floods ran to tens of billions of dollars and the impact on agricultural production was also immense, leading to food shortages and spikes on international commodity markets. These have had ramifications in the world of politics. Sharp rises in food prices have been blamed for triggering the political unrest that toppled the Ben Ali government in Tunisia and the Mubarak regime in Egypt.

While climatologists are loath to point to an individual flood as proof of climate change, the number of these extreme events worldwide is consistent with predictions made decades ago. We can expect more to come.