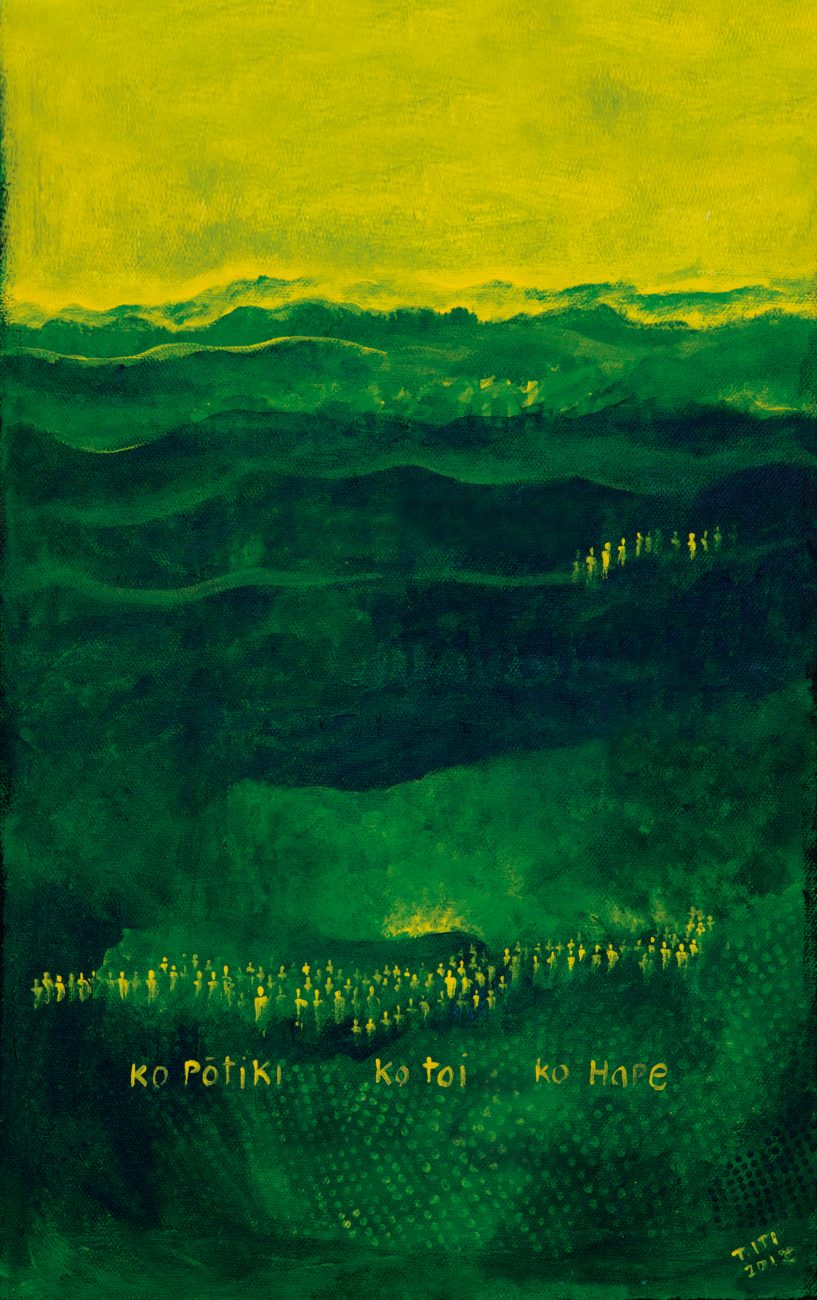 Every two months, the editorial team at New Zealand Geographic begins deliber­ating on the choice of cover, attempting to second-guess the preference of our 350,000 readers and communicate the essence of the lead feature in a single image and half a dozen words.

In just a few days, Tuhoe will be signing the Deed of Settlement with the Crown that secures control of their affairs and Te Urewera. On the eve of this historic moment, we wanted a cover that portrayed the voice of Tuhoe. So we went to Tuhoe themselves, a people who have a long tradition of expressing themselves through painting, and to that artist who so embodies the defiance, passion and connection to Te Urewera that have been at the centre of Tuhoe’s struggle for self-determination—mana motuhake—for 150 years: Tame lti.

Iti was convicted on firearms charges this year during a trial that also held him and three others accountable for more serious allegations relating to terrorism following months of police surveillance in Te Urewera and dawn raids on his and other houses in Ruatoki. The charges didn’t stick, but for the general public, the evidence seemed consistent with the theatricality and insubordination of Iti’s previous protests against the Crown—a feature he shares with Tuhoe prophet and activist Rua Kenana, tried and imprisoned in spookily similar circumstances nearly a century ago.

“Tame has been poking a stick in the eye of the Crown for a long time,” says Huka Williams, Iti’s sister-in-law and long-time campaigner for mana motuhake.

Iti was someone who could render the story of Tuhoe in a single image. So even as he sat in his cell in Waikeria Prison mustering a case to take to the Supreme Court, he put brush to canvas to summon the voice of Tuhoe for the cover of this magazine.

“Painting is a conversation with the canvas,” he tweeted from prison. “We have been discussing things a lot lately.”

Iti’s previous artworks, created in prison and auctioned for tens of thousands of dollars, have raised the ire of many, which is of course his specialty. But he also knows a thing or two about presentation, about cultivating a public persona. Emblazoned with a full facial moko, he often makes a point of wearing the bowler hat and bow tie of his predecessors—an act that connects his grievances with all of those of the past.

He knows the power of a controversial statement, he knows how to get attention, and he knows and lives in the long legacy of Kenana, Te Kooti and generations of Tuhoe dispossessed of their land and autonomy.

And he knows we all tend to judge a book by its cover… so who better to create this one?

However, the onus is on us to move beyond the cover and peer within, to peel away our preconceptions and take a fresh look at a story centuries old and still in the making. If you’re reading these words, you’ve already started that journey.