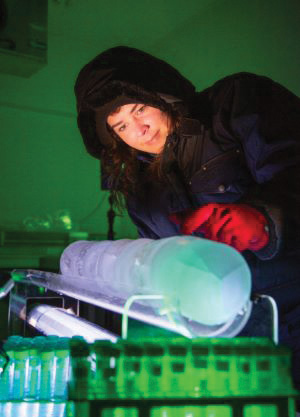 Plotting sea-level fluctuations around Zealandia three million years ago has sounded a warning for the future. Using new techniques to analyse the size of particles pushed around by wave action during the Pliocene, researchers led by Georgia Grant of GNS Science have found that, at a time when carbon-dioxide concentrations were similar to today’s, and temperatures around 2ºC warmer, a third of Antarctica’s ice sheets melted, causing sea levels to rise up to 25 metres higher than at present.

The scientists warn that we might expect sea-level rise of up to 20 metres should warming hit a 2ºC tipping point.