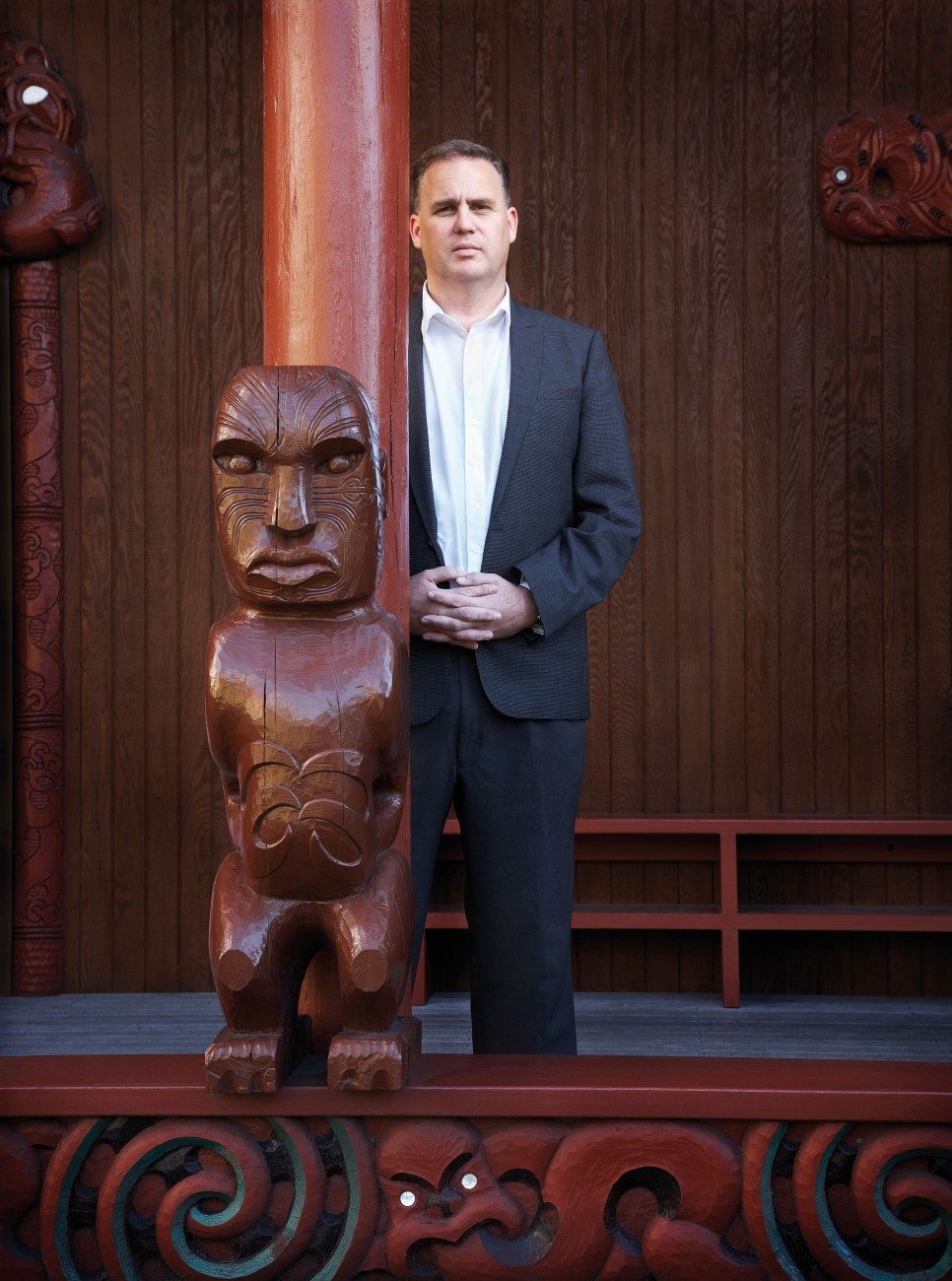 Paul Moon keeps a schedule so tight he caught himself putting aside hours in his diary to sleep. It’s perhaps ironic that a histo­rian may be so short of time, but it becomes a precious commodity when writing one’s 22nd and 23rd book, a third master’s topic, running a family of six and holding down the professor of history role at the Auckland University of Technology’s faculty of Maori development.

I meet him in an immaculate home in West Harbour, Auckland, just six kilometres from the house in which he grew up. The kitchen chairs are pushed in, precisely, under the table, and two large cabinets of art deco tea cups—the spoils of a quarter-century collecting—frame the television. Poised discreetly beside the couch is his briefcase, ready for his departure once the interview is over.

There’s powerful sense of order about the place, and the man.

Moon has become a go-to guy for New Zealand media on colonial history, Maori culture and the Treaty of Waitangi. His 21 books—each drafted meticulously into red A4 notebooks, with a blue pen—detail contro­versial topics such as Maori cannibalism, the shrunken-head trade and Maori child prosti­tution during colonial New Zealand.

“I don’t airbrush history,” he says. “I don’t put on a version of history that people will find palatable. I write what the evidence says.”

But the public has not always been ready to accept that evidence, and Moon finds himself contending with “extremely offensive” emails.

“In some cases people have said that if you aren’t Maori, then you can’t write about it.But biology doesn’t determine the way we interpret history.

“There’s just over four million ways of looking at the past,” he says. “What we look at is not as important as the fact that we do look at it, that we do excavate what’s gone on before, brush off the dust and try to get some meaning out of it.”

That New Zealanders can find their history so surprising, even offensive, says something about how history has been communicated in this country, and what has been ignored as difficult, inconvenient or unimportant.

“People end up focusing on the greatest hits, like the musket wars, the Treaty, the wars in the 1860s, and you miss out on all the little gaps in between,” he says.

Detailed accounts of the 1820s, for example, fall by the wayside. Moon’s latest book, A Savage Country, chronicles this tumultuous and largely forgotten decade. Maori entrepreneurialism and trade flour­ished, while “various interests hovering over the country were looking to perch”, he writes.

It was not until 1840 that New Zealand adopted British currency and British law, so throughout the 20s, goods were exchanged for other goods, “with each transaction preceded by a sometimes prolonged bout of haggling to establish the relative value of the items being swapped”, he writes.

For Maori, adroit negotiators, the decade was a notable commercial success, with substantial volumes of potatoes traded with Australia, and pigs, flax and timber with visiting Europeans. One commodity, however, had “widespread agreed value”. In 1820, a musket was worth 15 pigs and 200 baskets of potatoes.

“For their new owners, muskets symbolised power; for those without these dangerous weapons, there was greater reason to feel dread,” he writes. “This would be the only period in Maori history when rival hapu and iwi experienced such huge tactical disparities on the basis of just one weapon.”

But contrary to the public assumption, says Moon, relationships between British settlers and Maori were largely to mutual advantage.

“Despite huge cultural differences, despite language differences and despite prejudices that some people brought to relationships, the relationships worked nonetheless,” he tells me. “Commerce drove those relationships, as did Christianity. New Zealand wasn’t much of a segregated community. Even at the start, there was integration.”

If we don’t talk about and teach our history, there is a risk that it “slowly drifts away and gets erased”, he says. “You don’t get that sense of perspective or being connected, or a shared sense of memory about the past. And that raises questions about what defines a New Zealander, and if you don’t have that you’re just left with the outlines of a country.

“History is the ability to see yourself as something bigger than just your present surroundings,” Moon says. “It enriches you enormously to understand how people look at the place you live in, in a different way. And it makes you realise that the way you are now is just as temporary as their values.”