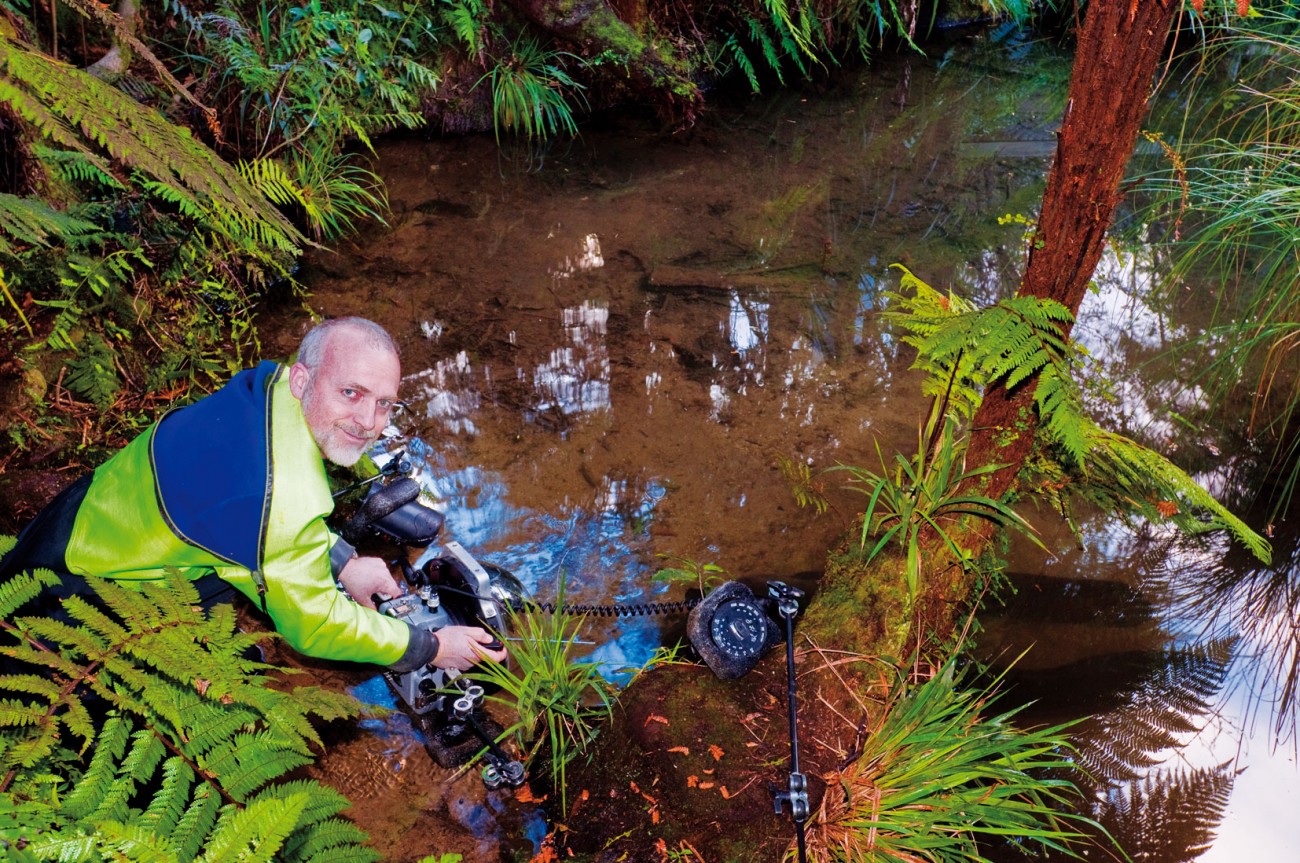 Darryl Torckler should have gills. He began snorkelling at age 12, and soon after was targetting underwater critters with a speargun to show friends and family what lived down there. “But it was a shame to be spearing everything I saw,” he says. So with the first eight months of savings from his first job he bought a Nikonos 2—a dedicated underwater camera, which underscored the fact that his interest lay mainly with life below the high tide mark.

He started at home in Torbay on Auckland’s North Shore, and recorded the underwater life of the Brown’s Bay Reef and Murray’s Bay wharf, but encountered technical difficulties almost immediately. “It was actually really difficult to get a decent exposure underwater,” he says. “Every time I swam down the fish just swam away—they were probably used to seeing me with a speargun.”

If the underwater world had lured him in, it was these photographic challenges that really hooked young Torckler. In November 1973 he became a qualified scuba diver and, as he says, “I’ve been broke ever since. Dive gear and underwater camera equipment ate through every paycheck I ever received.”

To surmount the technical hurdles Torckler bought a lathe and milling machine and began building his own equipment—including a customised camera-back which could accommodate super large rolls of film allowing 250 exposures on each dive. This is a problem now solved with the advent of digital photography, which also allows Torckler to digitally “stitch” images to create panoramic views of underwater cave systems impossible during the days of film.

However the digital revolution has come at a cost. Torckler now reckons upon spending more time in front of the computer processing images (which was once the job of a photolab) than he does in his element, underwater. But while the job has changed radically, his reason for doing it remains unchanged from the first day he dipped his toe in the water. “It was always about showing friends and family who were unfamiliar with that environment what I was seeing down there.”

His audience has expanded somewhat, but transmitting that enthusiasm to family remains a priority and his children are now avid snorkelers.

“I just love being in the water with a camera,” he says. “There are so many opportunities, so many things happening, and when you begin a dive, you never know what you’re going to see. It could be as huge as a school of kingfish, or as tiny as a nudibranch.”