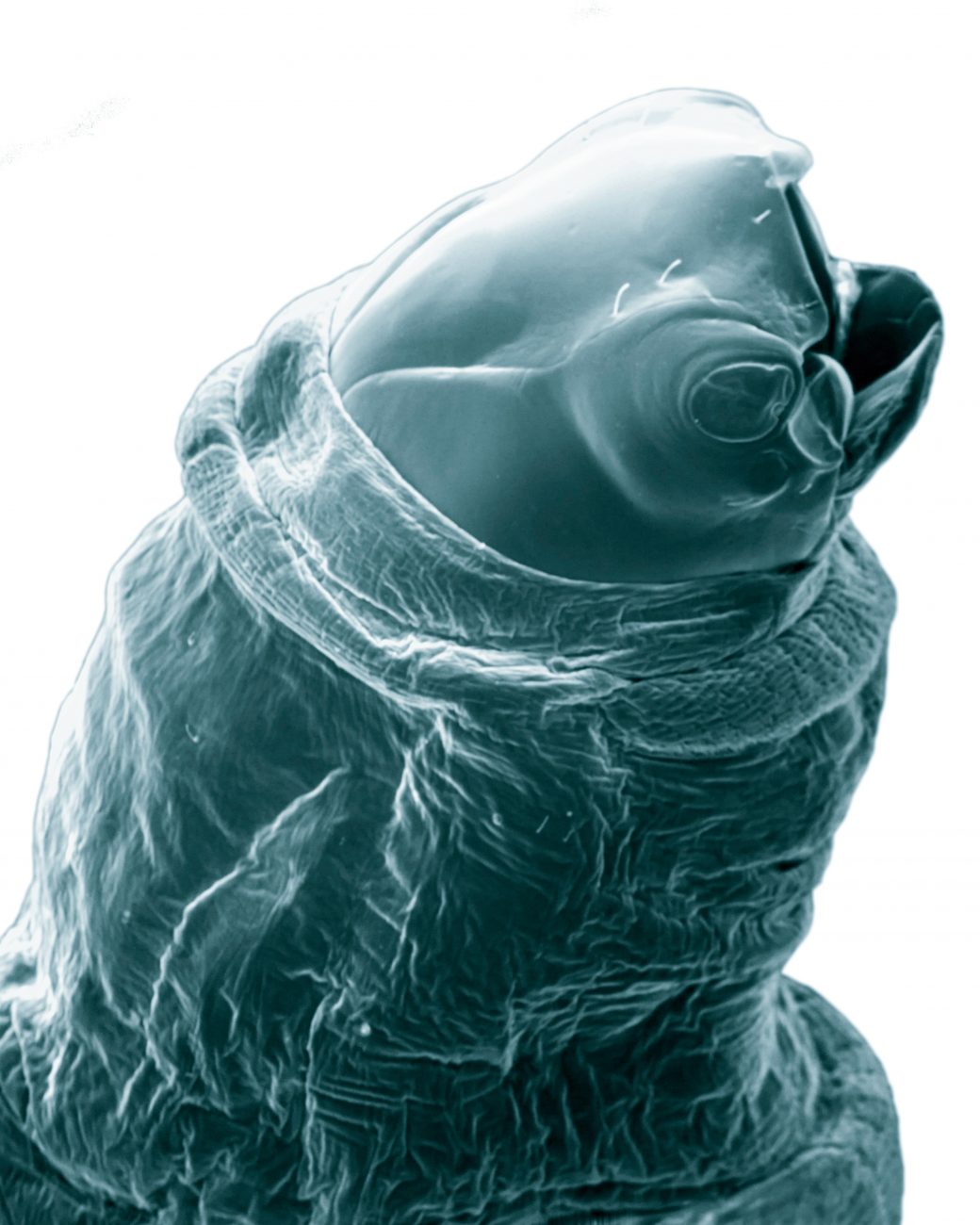 When Ted Kinsman, a physicist and optical engineer at the Rochester Institute of Technology visited New Zealand recently, he couldn’t help being charmed by the native glowworms. Like many, he wanted to photograph them, but Kinsman is no ordinary photographer: He put his subject before the acute glare of a scanning electron microscope and captured what might be the first ever SEM images of the species.

The pictures reveal some unusual structures—a frill of comb-like structures around the head, and what appear to be primitive eyes set behind the jaws.

University of Victoria entomologist George Gibbs suggests that the combs “would be something associated with their ability to slime their way up and down their mucus tubes and make hasty turn-arounds. Like a lot of other comb structures on long, tunnel-dwelling larvae, they give grip when going forward and prevent sliding backwards.”

As for the primitive eyes; “one can only only guess at their function”.