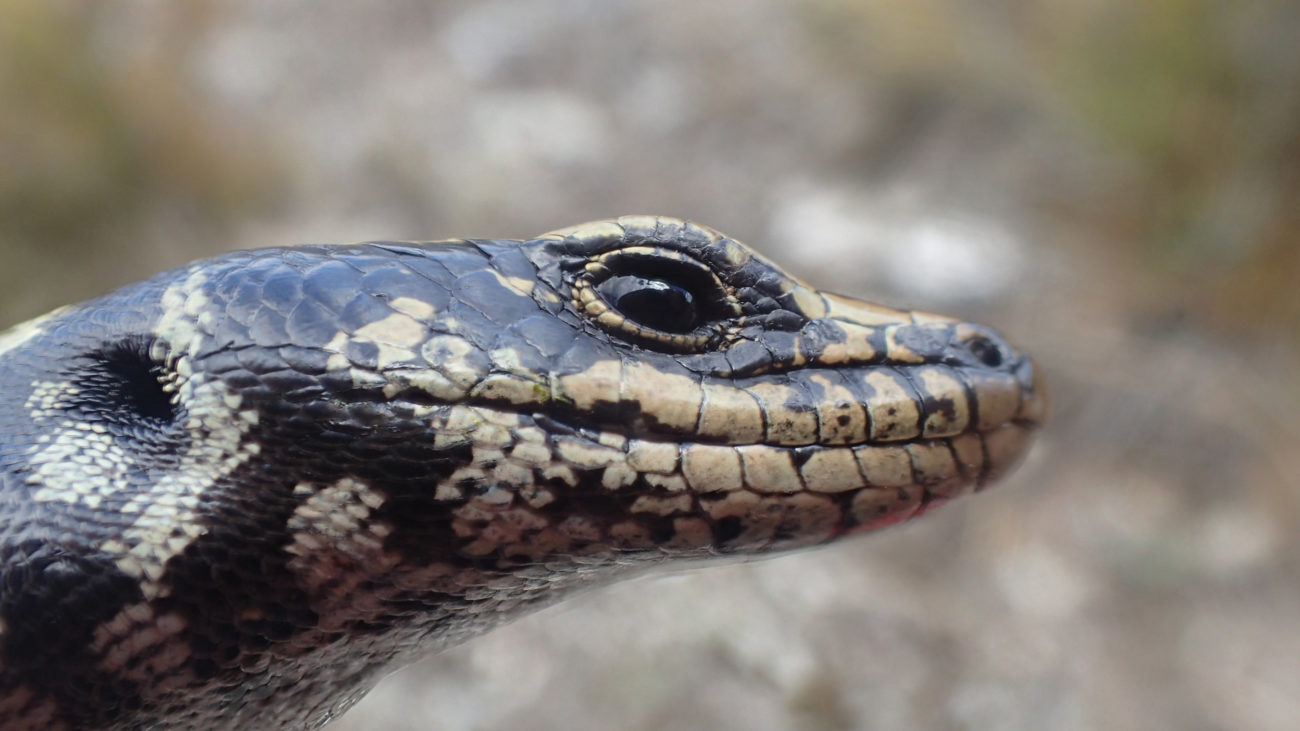 A citizen-science project to spot Otago skinks will help a Dunedin PhD student collect valuable data about the weather conditions that they prefer.

Then, using localised weather projections for the next 100 years, Virens will be able to create a skink forecast: will there be skink-friendly weather, encouraging them to bask all day long? Or will they need to move to new habitat to survive?

There aren’t many skinks to spot—they’re endangered—but they pop into the frame often enough to tempt a viewer to spot just one more.

“I’m not expecting it to be that entertaining,” says Virens. “I’m hoping the challenge behind it is what’s going to be appealing about it.”

Otago skinks have black and gold markings reminiscent of lichen growing on rock, and reach up to 30 centimetres in length. Their patterns are unique—individual skinks can be identified from pictures of their face markings. Not that they always come that close in Virens’ pictures.

Virens has set up the project on citizen-science platform Zooniverse—anyone can view 10 time-lapse images at a time, and flag when Otago skinks appear. Follow this shortcut to access them: nzgeo.com/skink

The skinks are hard to spot, warns Virens, so look closely. “The beta test revealed that false negatives—people missing skinks—were relatively common, whereas false positives—people saying they saw a skink when there wasn’t one—practically never happened.”