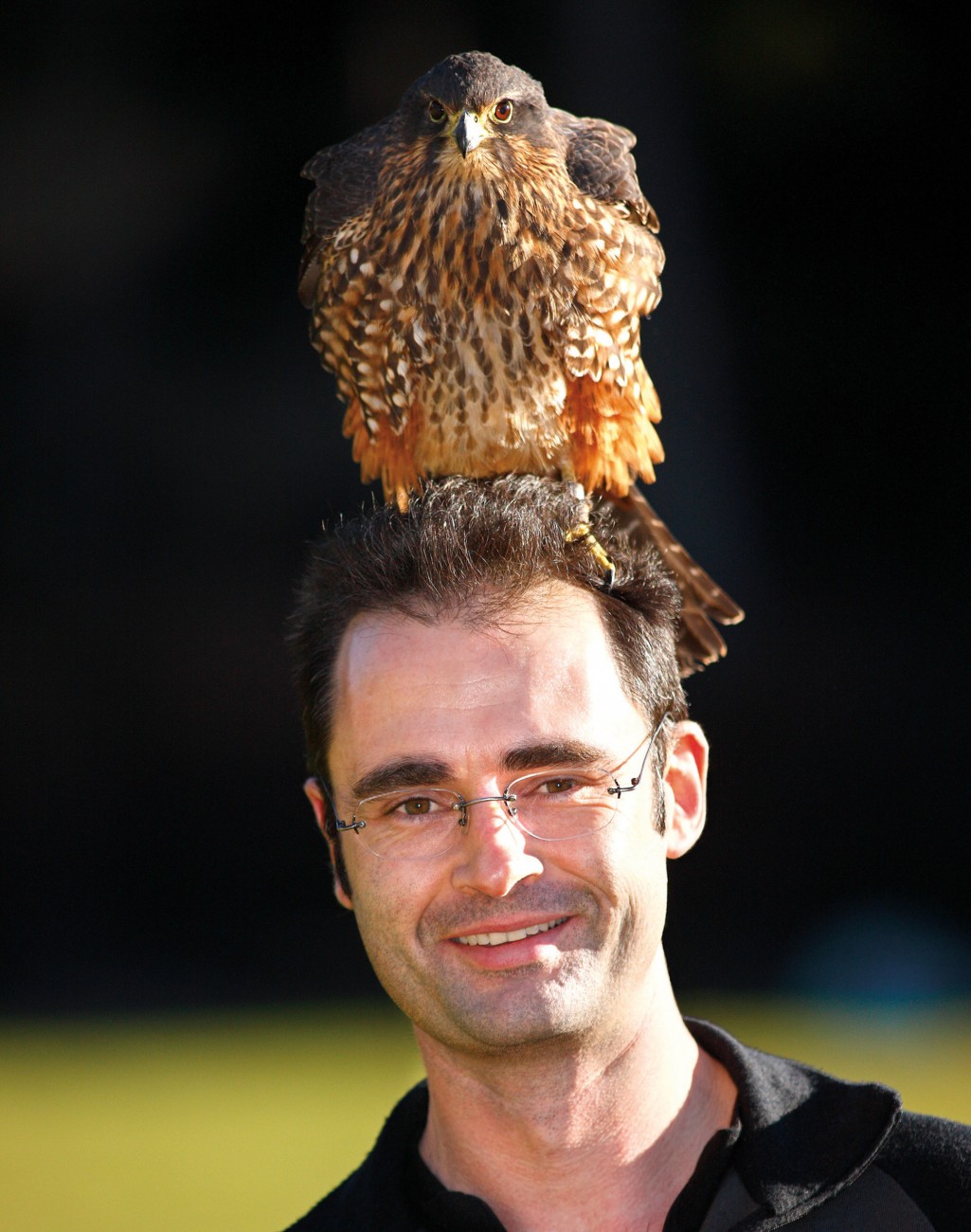 “I’ve still got talon marks in my scalp,” says Rob Suisted, who shot the cover im­age for New Zealand Geographic this is­sue. He was sent on an almost impossible assignment—to photograph a rare raptor ap­proaching a target less than 10 cm from his lens at well over 100 km/h giving the pho­tographer the smallest fraction of second to capture the right frame at the right moment.

“They’re just magnificent creatures, ca­pable of the most extreme aerobatics,” says Suisted. “But they also have cryptic cam­ouflage, making it hard for the camera’s auto-focus to pick them out against the background.”

The first pass he missed altogether, the raptor screaming overhead before he could get a shot away, and Suisted had to adapt his techniques.

“The people at Wingspan were talking about ‘airfields’ and I realised pretty rapidly that to get the image I wanted I had to start thinking about the bird like it was a fighter jet,” he says. “It was very sensitive to its land­ing zone—it needed the wind in the right direction, there had to be a flight path in and a clear exit to bail out if necessary.”

Once the strategy was sorted, Wingspan’s falconer Noel Hyde had the falcon swooping in, screeching to a halt in front of the camera, and touching down with pinpoint precision on a ponga stump in front of the three high speed flashes Suisted had assembled to stop its motion.

The experience only reiterated everything that Suisted al­ready knew about wildlife. With a background in zoology and conservation (as New Zealand’s national marine mammal advisor) he’s been working with animals most of his life, and has learnt that to get a different image, you have to approach your subject differently—and most of all be patient. This knowledge he has also been imparting to aspiring young photographers through New Zealand Geographic Trust’s Young Guns programme (see page 8).

In a few weeks Suisted is travelling back into the Arc­tic to photograph in and around Norway’s remote archi­pelago of Svalbard, half way between the Arctic Circle and the North Pole. And while satellite tagging animals has be­come the latest research craze, Suisted is tagging himself so that people can follow his movements on his website (http:// blog.naturespic.com). While there he hopes to have the opportunity to photograph the gyrfalcon—the largest of all falcon species—so he’ll be taking Noel Hyde’s advice, and wearing a talon-proof hat.