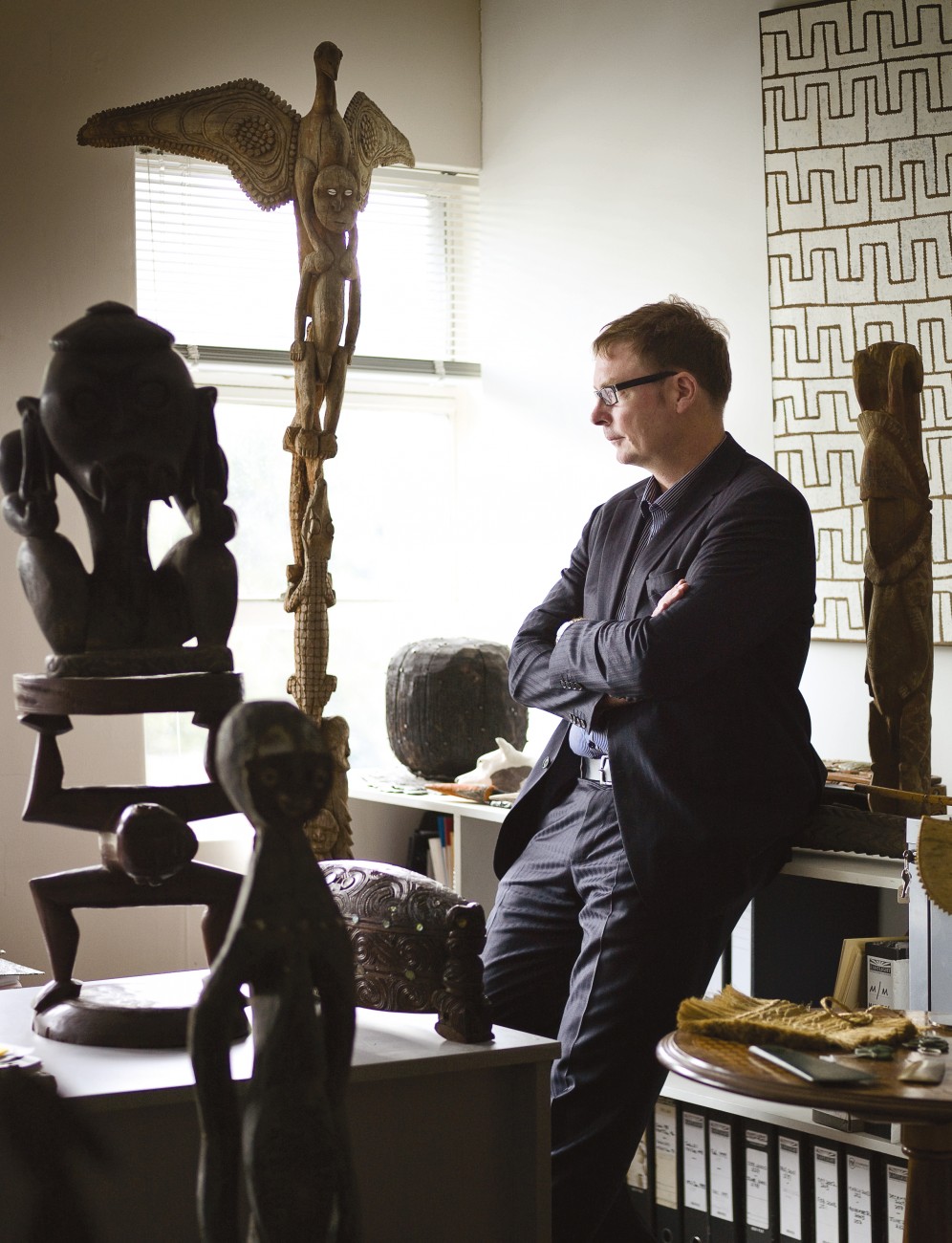 A month or two back, he showed me a Maori weapon that someone had unearthed in a garden shed and listed on Trade Me, only to withdraw it in alarm and seek advice as bidding became frantic. In an office cluttered with paintings, tribal artefacts and reference works, Campbell had vigorously demonstrated how the 1840s relic—a Pakeha steel blade set on a handsome carved handle—would have been used to direct warriors in battle.

A more recent meeting was postponed when something unexpectedly called him out of Auckland. That something, he later explained, was a collection of memorabilia related to Zane Grey, the American writer who put the Bay of Islands on the game-fishing map in the 1920s. Among the haul were books by Grey, and a delightful letter written to encourage a young boy in the manful art of rod fishing.

Campbell, who landed his first marlin at eight, and who later put himself through university by fishing commercially in the Kermadecs and across the Tasman using hand-drawn lines, could empathise with man and boy. His collection of saltwater reels, including 1940s-era bakelite models from the Ocean City company in Philadelphia, USA, is a testimonial to that past.

Good though the Grey material was, Campbell relished even more what came with it—several albums of photographic negatives, perhaps 300 in total, all by noted photographer Cyril Morton and neatly indexed in his hand. One, a self-portrait, shows him labouring on the upper slopes of Mt Cook, heavy glass-plate camera and tripod across his shoulder. Morton, whose classic images punctuated Grey’s homage to game fishing, Tales of the Angler’s Eldorado, was a prolific cinematographer and helped to set up the New Zealand National Film Unit in 1941.

“One of the nice parts of my role is telling little-known stories,” says Campbell. “There are 20 or 30 classic plates here but the rest are very good social history.” The hope, he says, is that they will go to a custodial institution such as the Alexander Turnbull Library.

Campbell is no stranger to the recovery of national memory. Against the odds, and after what he calls “a six-month conversation”, he successfully tendered for a valuable collection of Pacific artefacts held by a museum in the United States. Amassed by an employee of the earth-moving machinery company Caterpillar in the 1950s and 1960s, the 400 or so objects attracted the interest of well-resourced European auction houses, but to Campbell’s delight the museum’s board decided to return them to their places of origin.

“They include prestigious forms from New Zealand as well as from central Australia, Polynesia and the Sepik River and Highlands of Papua New Guinea, regions that in many cases remain deeply isolated even today,” he says.

Campbell isn’t content to reclaim and celebrate such obvious treasures, though. He makes no secret of wanting to broaden the definition of what constitutes art practice. It was he, after all, who placed a Burt Munro engine in front of a Colin McCahon work—the iconic 1958 canvas, French Bay. The implication: both were works of art.

A photograph of Campbell’s grouping appeared on the internet. Mention was made in Art News. The motorcycle engine eventually sold for $91,000. “It was one of the finest pieces of twentieth-century sculpture auctioned in New Zealand, and a nice example of the crossover between art practice and industrial design,” says Campbell.

Such provocation is perhaps to be expected from a man who is more than a little enamoured with these “articulated expressions”—his words—of our thirst for velocity and freedom. To the point of circumnavigating Australia on a Harley.

It could be in the bloodline. Campbell’s grandmother (now 94), the first female mayor of Kaikohe, was one of the first women in New Zealand to get a driver’s licence. She is not short on enthusiasm, either, once dragging Campbell and his sister from school to chain them to a tree in support of a cause. He smiles at the thought. “She is staunch.”

As is Campbell, who has now evolved into a promoter of sorts, bringing fresh talent here to exhibit and perform. Kicking things off was Doze Green, founding member of Rock Steady Crew, the first graffiti gang to use freight trains as canvases in New York. The latest is the Australian painter and illustrator Kill Pixie.

Having brought painting and engineering together, making room for street art doesn’t seem a big stretch.