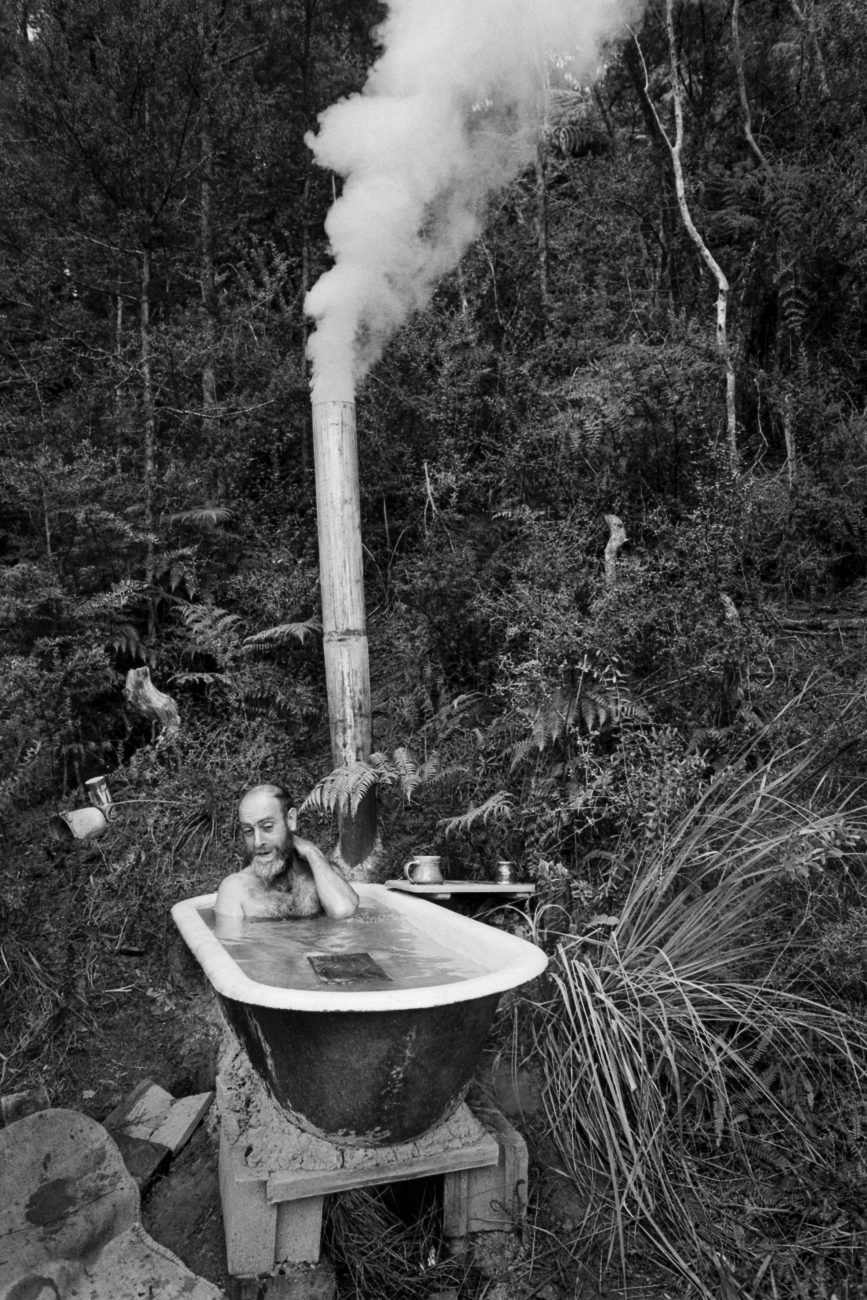 Friedensreich Hundertwasser spent his early years in Austria, and much of his adult life flitting about the globe, but in hindsight he seemed fated to set down his deepest roots in Aotearoa, a place he called the Promised Land.

From his first visit in April 1973 until he was laid to rest 27 years later on his bush-clad property in Northland, Hundertwasser felt at home. He extended his first stay (for a touring exhibition) to four months, embarked on a road trip in a Morris Mini, and spent time living on Rakino Island in the Hauraki Gulf. While there, he began work on a painting that was to form the basis of his iconic poster for Conservation Week 1974. A stream of idiosyncratic work followed, including his gift to national identity, the striking koru flag, which took its cue from the spiral of a fern frond, and the landmark Kawakawa Public Toilets, with their playful pillars, irregular ceramic tiles, and “tree tenant”.

What gave Hundertwasser’s varied work cohesion was his tireless exploration of new ways to coexist with the natural world.

Andreas Hirsch’s Hundertwasser in New Zealand is an informed and sympathetic account of the artist’s life here, offering insights into his philosophy and his creative evolution. Hirsch is a former curator of the Hundertwasser Museum in Vienna and his book is generously illustrated with photographs and sketches, and with reproductions of Hundertwasser’s paintings and prints that seem to hang from the page like tropical fruit.

Hundertwasser had a lifelong love of the sea—his original family name, Stowasser, means “standing water”—and in 1967, he purchased an old Sicilian salt freighter, which he renamed Regentag (“rainy day”). Explaining the name, he said: “On a rainy day the colours begin to glow… It’s a day when I can work.” Less prosaically, he added: “Each raindrop is a kiss from heaven.” All up, he lived on board for the best part of 10 years. 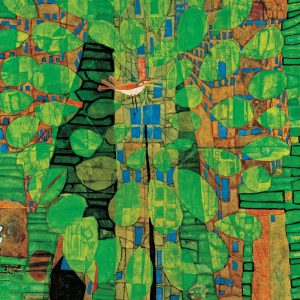 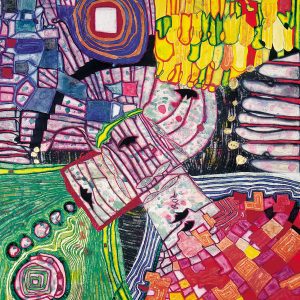 By 1975 Hundertwasser had bought a 200-hectare farm in the Kaurinui Valley, with access to the sea. It was here that he embarked on his most ambitious attempts to enact what he called “a peace treaty with nature”. Living off-grid in an old farmhouse that had been shipped there in the 1930s, he set about planting trees—100,000 of them—and, in an echo of Venice, built a system of canals connecting the land with the sea so that he could row Regentag’s dinghy right up to his house. He also experimented with a humus toilet and a plant-based sewage treatment system, and converted the old cowshed into the Bottlehouse—a grass-roofed building with translucent walls made from old glass bottles. As Hirsch notes, “recycling and self-sufficiency are two of Hundertwasser’s basic requirements on the way to restoring paradise”.

Hundertwasser didn’t live to see the realisation of his greatest gift. Whangārei’s Hundertwasser Art Centre with Wairau Māori Art Gallery opened in February 2022, after years of controversy and delay. With its planted roof, golden onion dome, and exuberant tiled exterior, the building is vintage Hundertwasser, and one of only two museums in the world dedicated entirely to his work. More than that, it was conceived as a place to encourage independent creativity and to celebrate both European and Māori culture.

“I want to show it is possible to live in a better world,” Hundertwasser told a journalist when Regentag first visited Auckland. Appropriately, it was raining at the time.