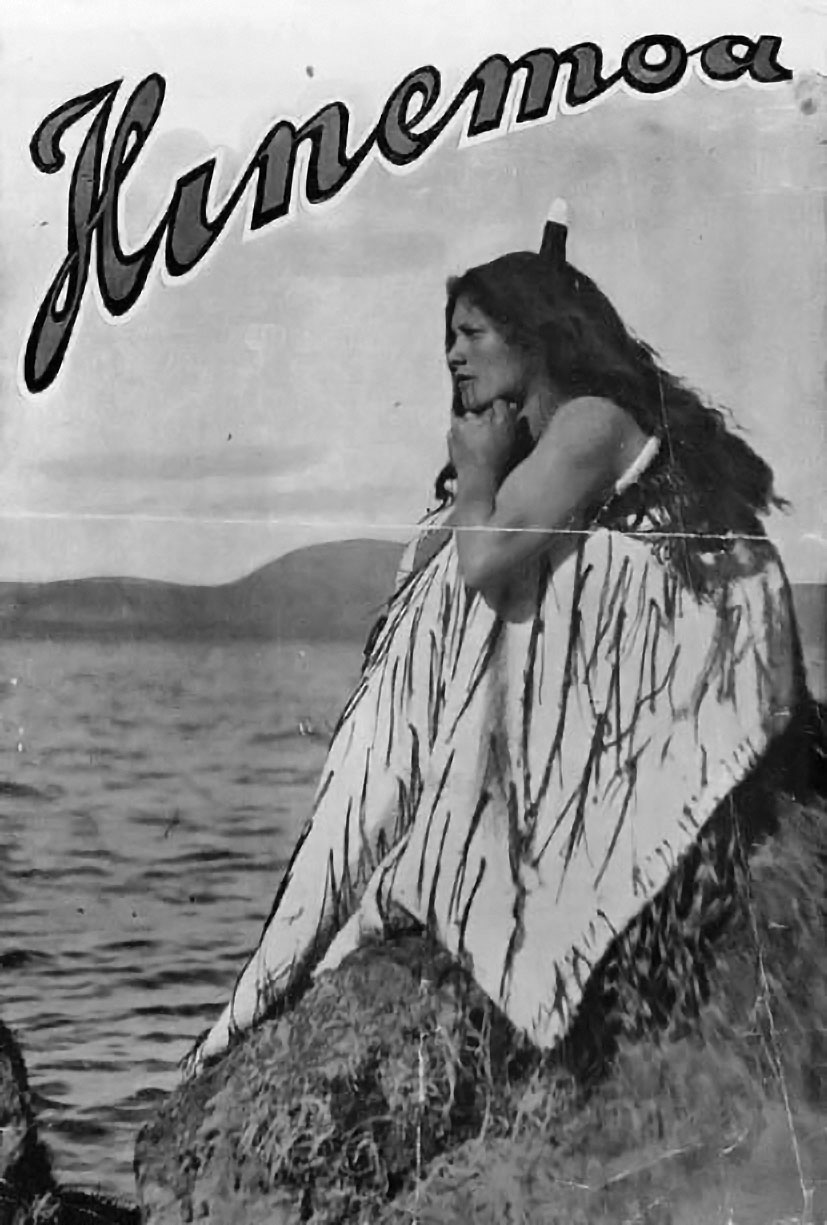 On a Wednesday afternoon in the winter of 1914, 50 or so people, including the mayor and other dignitaries, gathered in Auckland’s Lyric Theatre for a preview screening of “the first big dramatic work filmed and acted in the land of the Moa”. Director George Tarr had shot the multi-reel silent movie in Rotorua on a shoe-string budget in just eight days, but Hinemoa was an instant hit.

Notable for its all-Māori cast, the film retold the legend of Hinemoa, the daughter of a local chief, who one night, guided by the sound of a distant flute, swam six kilometres across the cold, dark waters of Lake Rotorua to the island of Mokoia to be reunited with her lover, Tūtānekai. Learning that a stranger had arrived, Tūtānekai groped his way along the shore and came face to face with Hinemoa, who rose from the hot pool in which she had been warming herself.

Originally, Tarr had intended making a different film entirely, one based on Māori life as depicted in the touring show The Māori. At home! At play! At war! by the Reverend Frederick Bennett’s Rotorua Māori Mission Choir and Entertainers. The looming prospect of war with Germany scuppered the expensive project but, undeterred, its financial backer, Auckland Chamber of Commerce president Edward Anderson, offered to fund any smaller ideas Tarr had.

“So I went straight up to the library… and I read Hinemoa backwards and forwards and forwards and backwards and I wrote a Scenario,” recalled Tarr. By 8pm the same day, the irrepressible director was declaiming on the story to a dazed but impressed Anderson. And by the following evening, he was in Rotorua with £50 of Anderson’s in his pocket, talent-hunting. He didn’t need to look far. Two locals, Hera Tawhai Rogers and her husband Rua Tawhai, were at the time playing Hinemoa and Tūtānekai in the town’s Māori concert.

Tarr also saw others who he thought would be fine on screen and arrangements were quickly made. The two leads, headlining a 50-strong all-Māori cast drawn from Bennett’s troupe, went on to make an impressive film debut. Hera’s portrayal of Hinemoa, in particular, was praised as a “practically perfect” performance.

The film itself managed to be surprisingly authentic. Ōhinemutu-born Bennett—whose mother, Raiha Ratete, was of Ngāti Whakaue, and whose second wife, Arihia Rangioue Pōkiha, was of Ngāti Pikiao—advised the film-makers on details of Māori custom and folklore. The korowai that Hera wore on Mokoia was specially made for the occasion by her mother.

Distributor Henry Hayward, who attended the Lyric preview, was won over. He offered to screen the film as soon as it was ready, on the same terms as he was paying for his current attraction, the American six-reeler Cleopatra, starring Helen Gardner. Tarr lost no time in returning to Rotorua to finish shooting, only to find that, having swum the icy lake and plunged into a boiling pool, “my dear sweet Hinemoa… was laid out with two doctors”. (She soon recovered.) Not to be deterred, Tarr found a cousin of Hera’s who had similar looks, and by filming in semi-darkness and largely in profile to disguise the substitution, cameraman Charles Newham got the footage that was needed.

Hinemoa opened at the Lyric Theatre on Monday, August 17, 1914, two weeks after war was declared, and was greeted as “a masterpiece of the cinematographic art”.

It later toured the country to great acclaim and was shown internationally. In a foreshadowing of blockbusters to come, one critic declared that “wherever it is thrown on a screen it will prove a huge advertisement for New Zealand”. No prints of Hinemoa survive.