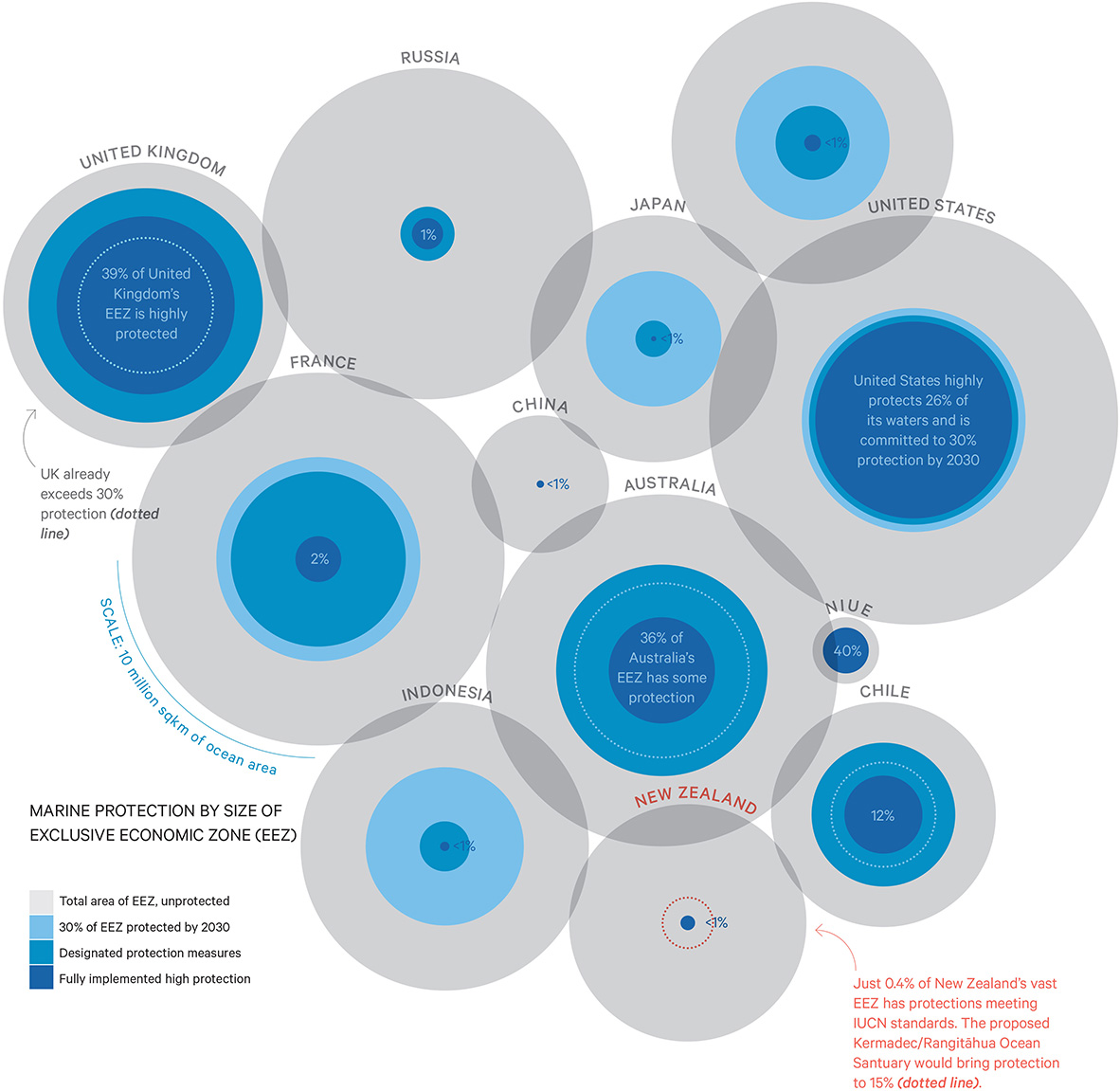 In 1975, New Zealand established the world’s first marine reserves, which became the gold standard for marine conservation and environmental outcomes. Half a century later we lag far behind the rest of the world in protecting our marine estate—an approach more similar to Russia and China than states most Kiwis would consider hold similar environmental values.

New Zealand has not commited to the United Nations goal of 30% marine protection by 2030 and the Labour government has failed to meet its own goal of 10% protection by 2020.

“For decades New Zealand has played an important role in ocean governance, opposing whaling, reducing by-catch and advocating for the elimination of fisheries subsidies,” says Bronwen Golder, a Kiwi, and fellow at the Stanford Center for Ocean Solutions. “So it’s staggering that we’re not more active in protecting the marine environment to ensure its health, productivity and resilience in the face of climate change, pollution and fishing pressure.”