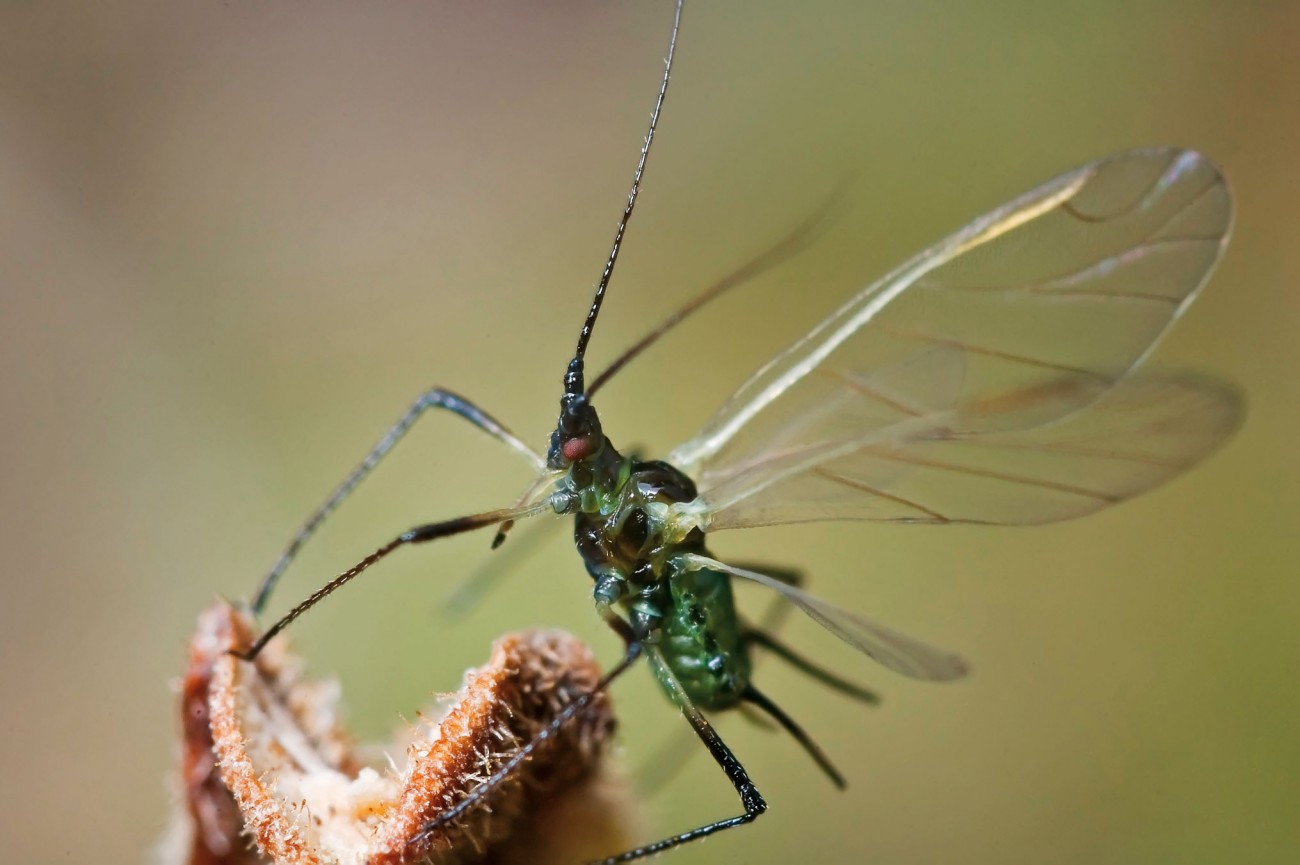 We often hear that after humans have trashed the planet, insects will take over. Actually, people who pay a lot of attention to insects think they already have. Insects surround us in their multitude, and many spend time in the atmosphere. When they do, they sometimes show up on the weather radar.

Insects often have bodies shaped like raindrops and they reflect radar beams just as well. They are seen best on fine days when they cannot be confused with cloud or rain on the radar image. On a clear morning in Canterbury, they rise in a cloud from the plains soon after sunrise and then are herded into lines by wind changes, such as the onset of a sea breeze.

In the radar image shown here, the insects have been collected by the leading edge of a southeast wind change that is sweeping them inland. However, when a nor’wester pours down from the Southern Alps, they are driven out to sea, where they end up as fish food.

Not only can the wind carry insects large distances, it can also take them to great heights. On a summer’s day, the rising updrafts of tall cumulus clouds can lift them to the mountain tops. A climber high in the Himalayas was once surprised to see a spider motionless on the snow. He was even more surprised when the spider ran off to pounce on an insect that suddenly dropped from the sky. Apparently the spider was adapted to the cold and survived on the sparse rain of insects falling from the sky, which has since been called “aerial plankton”, in reference to the more abundant life in the sea.

Cold-adapted spiders have been found at 2000 m altitude in Otago’s Remarkable Range. They survive winter by weaving themselves into a cocoon and reducing their metabolic rate. When they were being studied at Otago University, they were kept in the fridge over winter—otherwise, the short day-length would have triggered their winter slow-down and they would have perished in the warmer temperatures that prevail at sea-level.

Some of the best examples of cold-adapted insects occur in polar regions. The largest animal to live year-round on the land in Antarctica is an insect known as a springtail, which grows to a millimetre and a half long. It can survive temperatures as cold as minus 30ºC, probably due to a high concentration of polyalcohols in its body, which are anti-freezing agents. (Water expands when it freezes, destroying the cell walls of living organisms.)

Different insects tolerate different ranges of temperatures, so tracking their remains through layers of sediments can yield information about past climate regimes. Last November, a study was published in the Proceedings of the Natural Academy of Sciences in the USA which examined the sediment cores from a lake on Baffin Island in the Canadian Arctic. The cores reached back through the last ice age to the previous warm interglacial period that peaked 125,000 years ago, then back through the ice age before that to the tail end of another warm period. In total, the cores went back around 200,000 years. During the coldest periods, the lake was covered by ice year-round and there were no deposits. However, when the ice retreated, an influx of alluvial sand occurred, followed by a layer of organic remains containing the minute chitinous head capsules of 22 different taxa of midges. By comparing the relative abundance of the warm-tolerant and cold-tolerant midges, along with variations in phytoplankton and other indicators, the researchers were able to reconstruct the temperature fluctuations during the warm interglacial periods. They found that the warming since the 1950s is unique in the entire 200,000 years. The two types of midges most adapted to cold have completely disappeared from the sediments for the first time, while warmth-loving diatoms are blooming as never before.

Dramatic changes in the Arctic were also documented in the June issue of Current Biology by a team from the University of Aarhus in Denmark. By comparing the dates of the springtime emergence of insects, the first flowering of plants and the egg-laying of birds, they found that the onset of spring had advanced by an average of 14.5 days. In some cases, the advance was 30 days during the past decade.

Spring is also coming early to the USA. In eastern states, the onset of spring is marked by a brief surge in nectar produced by several species of trees. For a couple of days, bees feeding on the nectar increase the weight of their hives by as much as eight kilograms a day. At other times during the year, the hives tend to lose a fraction of a kilo each day. In the state of Maryland, the timing of the spring surge has advanced by four weeks since the 1970s.

While humans can choose when to move beehives around on the back of trucks to pollinate agricultural crops, there is considerable concern for the fate of natural pollinators—such as wasps, butterflies, bumblebees, birds and bats—whose life-cycles may now be out of phase with the wild plants they pollinate.

As the climate warms up, insects adapted to warmth are spreading towards the poles, sometimes taking diseases with them. A biting midge that carries the bluetongue virus has spread across the Mediterranean Sea from North Africa to Europe. Over the past decade, more than two million sheep and cattle in Europe have died from the illness. Interestingly, the largest outbreak, which started in Holland and Belgium during 2006, appears to have been transmitted by another species of midge already native to Europe.

All over the planet insects are on the move as the changing climate is opening new doors for them, and slamming others shut.