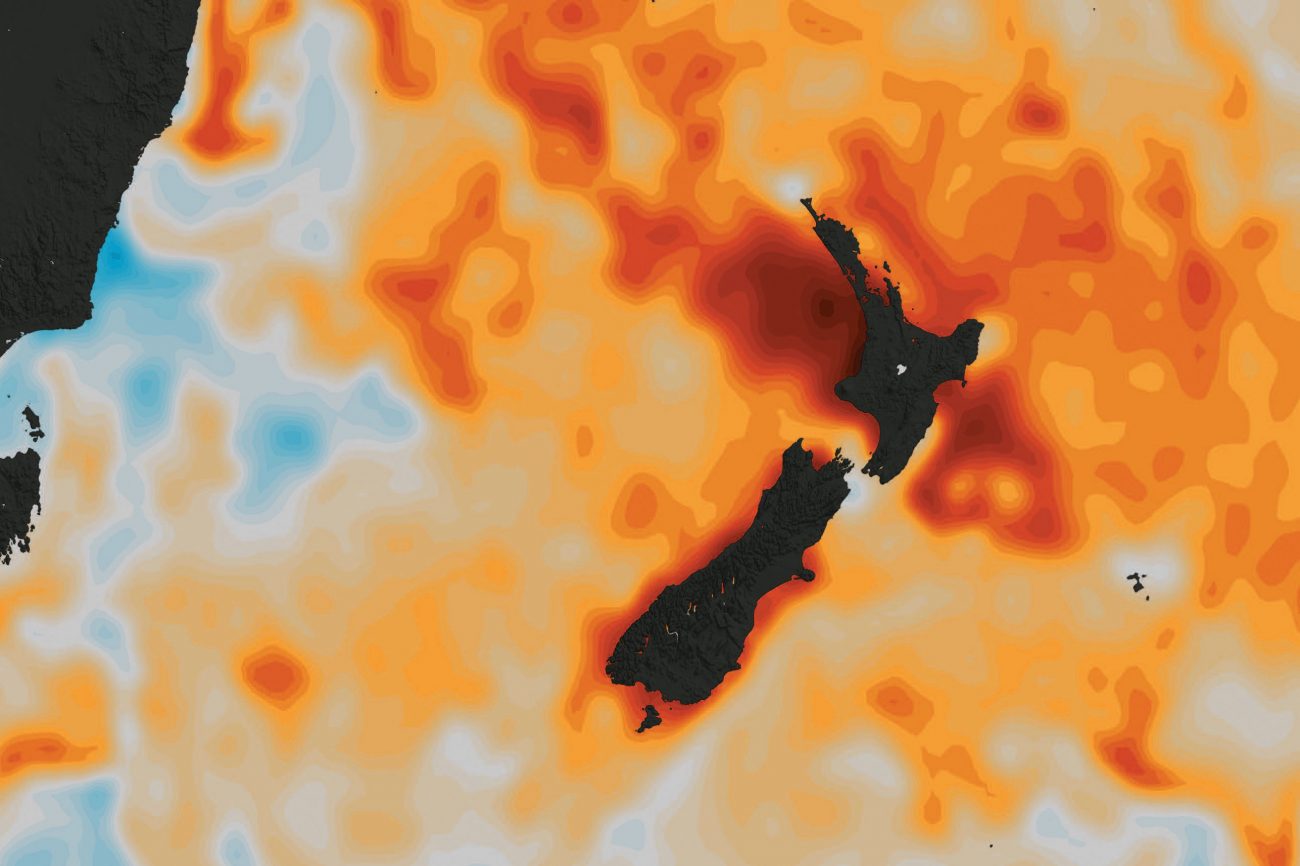 This past summer was a scorcher, not just on land but in the sea, too. In some of New Zealand’s coastal waters, temperatures reached four degrees higher than normal, while in the Bay of Plenty, a marine heatwave began in November and continued into March.

Globally, marine heatwaves have bleached coral, flattened kelp forests, changed whales’ behaviour, wiped out fisheries, and allowed invasive species to spread. They can also cause problems for aquaculture, says MetOcean’s João de Souza, director of The Moana Project, which tracks ocean temperatures around New Zealand and forecasts marine heatwaves one week ahead to help companies farming salmon, mussel and oysters to prepare. (A marine heatwave takes place when temperatures reach a certain level above baseline averages for at least five days in a row.)

The abnormally toasty conditions were already evident last winter and intensified over summer, de Souza says, the result of both atmospheric and marine conditions working together. Worldwide, the ocean’s average temperature has increased by nearly 1°C in the past century. On top of that, “the Southern Blob”—an Australia-sized patch of overheated water to the east of New Zealand—has lifted sea temperatures even higher for at least the past decade. This summer, the warm air and clear skies brought by La Niña contributed too, making it New Zealand’s most extreme marine heatwave since records began in 1981. 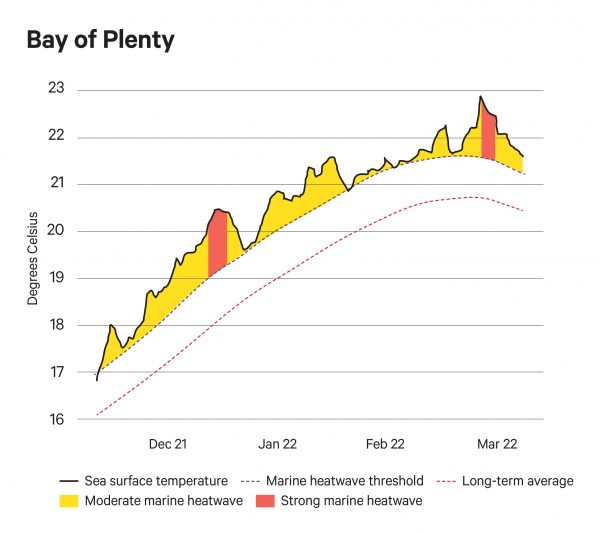 The problem is, once-rare events are becoming normal, says Kisei Tanaka from the US National Oceanic and Atmospheric Administration in Hawaii. “What we once considered extreme is not extreme anymore—because it’s happening every year.”

In a recent study, Tanaka and his colleagues used two 150-year datasets tracking sea-surface temperatures worldwide. In each place, they identified the hottest month between 1870 and 1919—a once-in-50-year heatwave. By 2014, more than half of the ocean’s surface was hitting or exceeding that threshold.

Tanaka’s study showed that in New Zealand, too, marine heat events have significantly increased in frequency since the 1980s. Between 2010 and 2019, more than half of the country’s exclusive economic zone exceeded the historical ‘once-in-50-years’ temperatures during at least six months of every year.

For Tanaka, it’s a stark reminder that climate change is not just “waiting for us on the horizon”, he says. “It’s happening now, as we speak, and it has been happening for quite some time.”