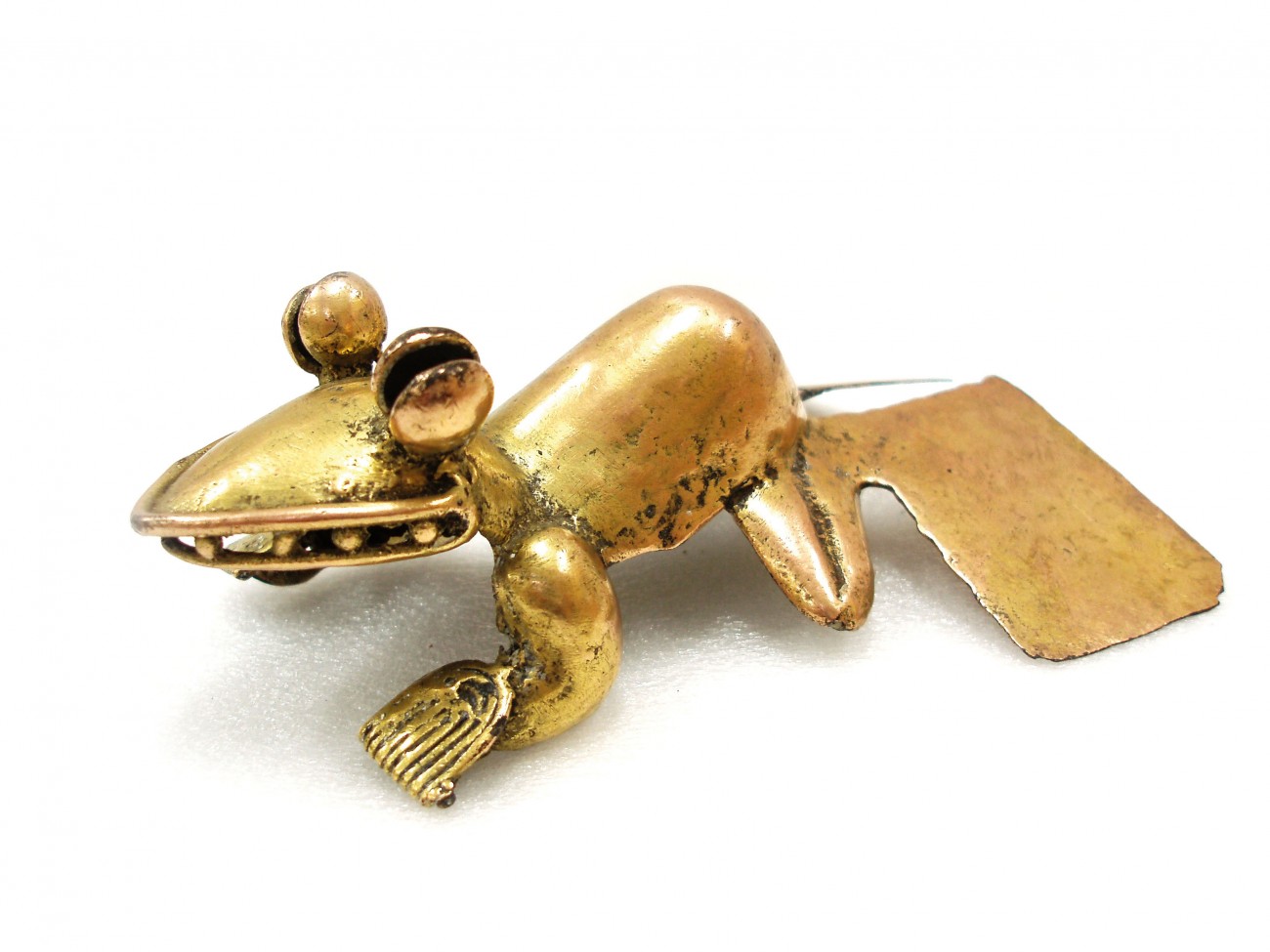 Within the substantial holdings of Auckland Museum are a number of artefacts of which the provenance is not entirely clear. A good example is a small gold Panama frog, cast around 900–1200AD in Central America, buried in a Panamanian grave, and now residing half a world away in New Zealand.

Pre-Colombian societies were renowned for their artefacts of gold, many owners taking them to their grave to reflect their power, wealth and status in this life and perhaps ensure similar riches in the hereafter. The gold frog is believed to have been dug up from one such grave in Colon, on the northern coast of Panama.

It was probably brought from Central America by curio collectors in the 19th century, then acquired by a savvy London antique dealer with connections in high places. Eventually it made its way into the collection of Sir George Grey, arguably the most influential figure of European settlement in New Zealand, and was then presented to the citizens of Auckland in 1887 with some 800 other arte­facts from Grey’s collections.

After sitting in museum collections for 86 years, the frog—presumably stolen from a grave in Central America—was stolen again. Well, almost. Thieves broke into the museum in 2001 and made off with a worthless copper-alloy replica, while the original pure-gold frog hibernated in the museum vault­ ostensibly safer than a Panamanian grave.