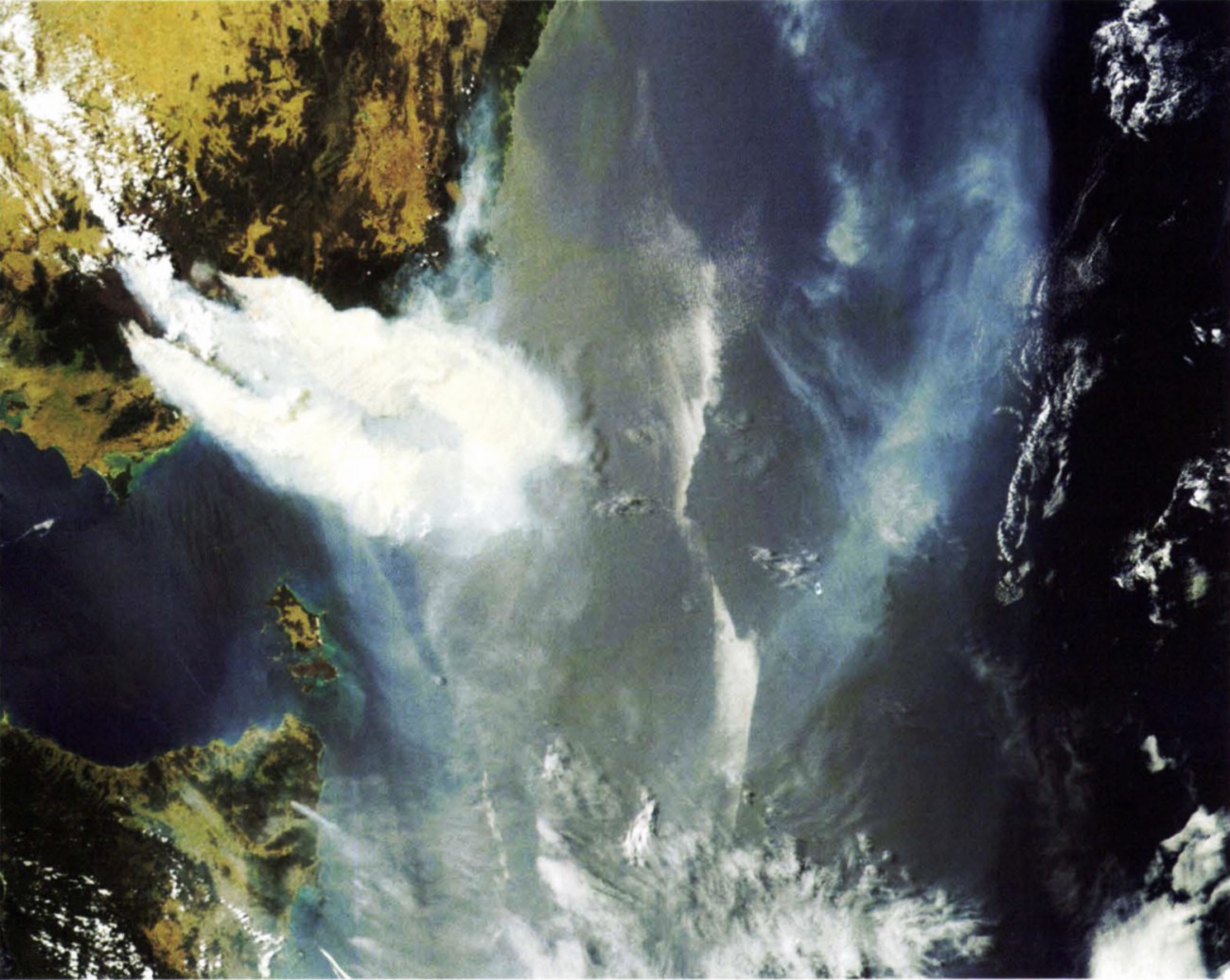 Paradoxically, many of the northern places with record cold temperatures had above average sunshine. Auckland, for example, had 11 per cent more sunshine than normal but was 2.1°C colder. This occurred because southerly winds blew over New Zealand more often than usual. Southerlies bring colder temperatures because the air has passed over the relatively cold ocean found at higher latitudes. At the same time, for a southerly airstream to reach Auckland it has to cross the mountains in the centre of the North Island and then the air becomes cloud-free as it descends from the central plateau, allowing in plenty of sunshine.

The extra southerlies of Decem­ber can be seen in the map of the monthly pressure anomalies. The map was created by subtracting the long-term average pressure for December from the actual aver­age pressure for December 2006 at every point on the map. The result shows that pressures were much lower than normal east of New Zealand and higher than normal to the west of the country. The lines of constant pressure difference repre­sent the anomalous wind flow.

Colder than average tempera­tures had been predicted for New Zealand because the Pacific region is under the influence of an El Nino event. Warmer than average tem­peratures occur in many parts of the world during an El Nino, but not in New Zealand where we tend to get more south-westerly airstreams than normal, bringing cold air from the Southern Ocean over the country. South-westerly airstreams do not bring much rain to eastern areas, as they lie in the rain shadow of the mountains, so they often experi­ence a drought during an El Nino. However, this time, with the flow often being southerly, rain did reach eastern areas and some places, such as Christchurch, got twice its aver­age rain for the month.

Because a large area of the tropi­cal Pacific is usually warmer than usual during an El Nino, the global average temperature can be pushed up by as much as 0.5°C. However, the effects of El Nino are barely felt in Europe, as it is so far away from the Pacific. So some other explana­tion must be sought for the spec­tacular warming recorded there. Norway, for example, was a massive 6.1°C above normal for the month of December while a number of other countries, including Italy, had their hottest Decembers on record. Little snow fell in the Alps until well into the winter, preventing the ski season from starting and forcing the cancellation of hundreds of races. In Austria, helicopters were used to bring 3000 m’ of snow down from the peaks so that the famous down­hill race at Hahnenkamm could take place.

One climatologist estimated that the Alps were warmer than they had been for 1300 years. Snow was also scarce as far afield as Finland where cross-country ski races were cancelled, and Moscow, where they had their warmest temperature ever recorded in winter and some plants came into flower. The lack of the normal comforting blanket of white snow under clear cold skies was re­sponsible for an upsurge of depres­sion among Russians, according to a Moscow psychologist.

In fact, temperatures across Europe had been well above aver­age for months. In Denmark, for example, each of the last seven months of the year—aside from August—had the highest tempera­tures for those months on record. It was also the hottest year on record in a number of countries including England, Holland and Spain. During the summer the heat was accompa­nied by widespread drought, caus­ing significantly lower agricultural production and a very bad year for wildfires.

Across the Atlantic, the USA also had its hottest year on record as well as its worst year for for­est fires in terms of acreage burnt. Closer to home, Australia had its hottest spring on record and its worst drought in a hundred years or a thousand years depending on which climatologist you listened to. Many farmers were driven from their land and some to suicide. Bush fires burned across thousands of hectares, destroying many houses and causing a number of fatalities. The lack of moisture drove snakes into urban areas making it the worst season for snake bites in years. Even Tasmania is having a drought.

There was a brief respite in Victoria when a cold southerly outbreak brought snow to the hills of Melbourne around Christmas, but hot dry conditions soon returned.

Globally, 2006 came in as the sixth-warmest year on record, helping to drive climate change to the top of the political agenda worldwide, especially because the 11 warmest years on record have all occurred in the last 12 years.

Snow finally came to Europe in January, with generous amounts over the skifields from Scotland to Italy and a good dusting lower down. It also had one of its worst wind-storms in a decade with hur­ricane force winds in places, 47 fatalities from downed trees and flying debris, and a number of ship­wrecks. The USA and Canada have also had major snowfalls causing chaos and death—especially from road accidents. There has even been snow in the hills near Los An­geles, and sleet in some suburbs.

Nevertheless, averaged globally, this has been the hottest January on record. And since El Nifio, although weakening, is expected to last a few months yet, climatologists with the British Meteorological Service have said that there is a good chance this year will turn out to be the hottest year on record.