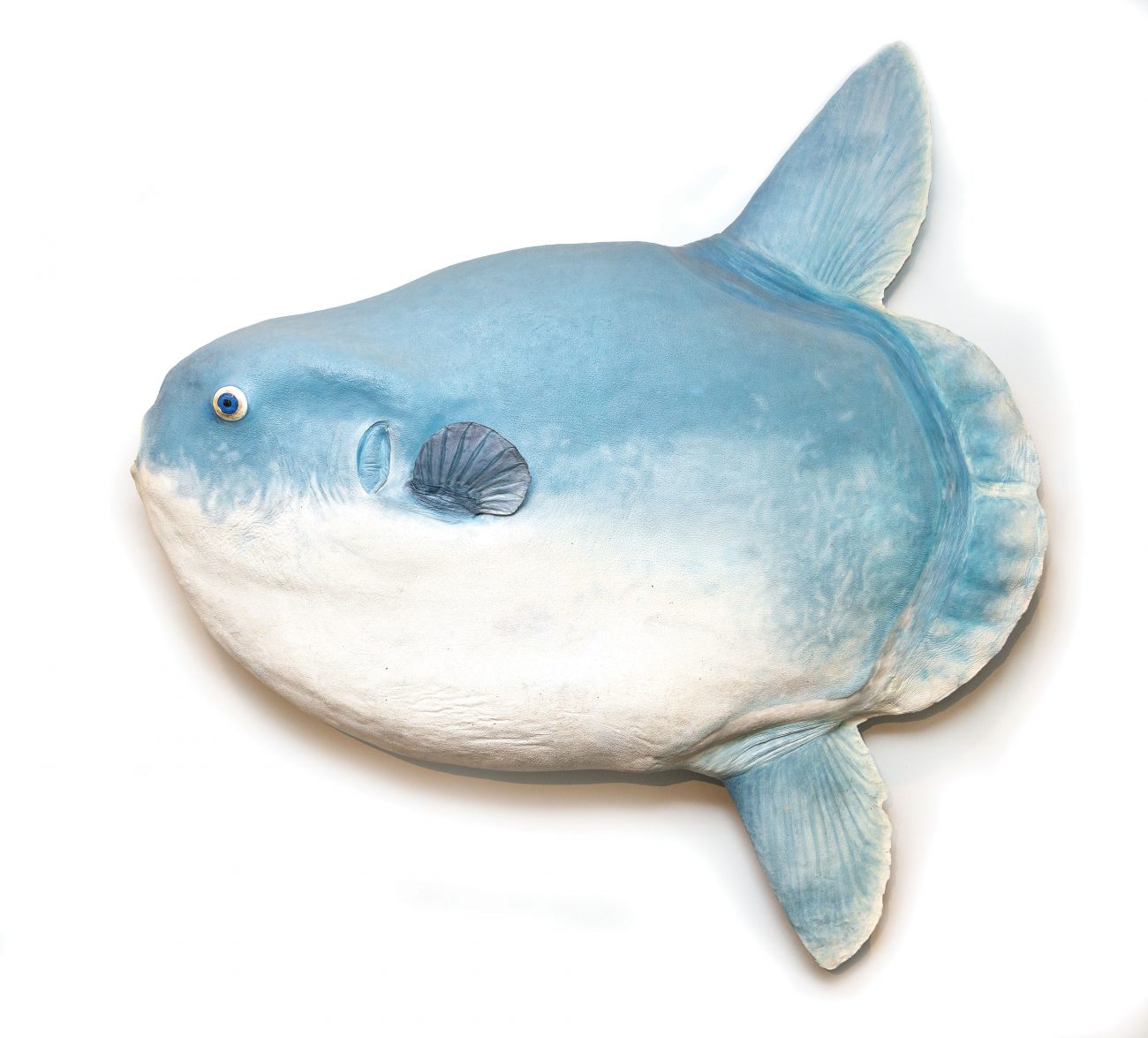 For 50 years, a two-metre-long sunfish has greeted visitors to the Otago Museum with its googly eye and gaping mouth.

The rarely-seen sunfish is the world’s largest bony fish. When one turned up in the Otago Harbour in 1960, the museum’s lead preparator Patrick O’Brien knew he’d hit the fish-collection jackpot. A team hauled the sunfish onto the decks of the Otago Rowing Club, but at 450 kilograms, transporting it would have been tricky, so O’Brien began casting the giant then and there.

He had recently developed a new preservation method for fish, in collaboration with the dentistry school at the University of Otago. Taxidermy didn’t really cut it for marine species—skin colours go black as they age, and specimens eventually lose their display quality. Instead, the preparation team created a plaster mould of the fish, then cast a fibreglass positive and airbrushed it. It was classified as Mola alexandrini, the Southern Ocean sunfish.

(During the casting process, O’Brien ran into an unexpected problem: the fish’s eyeballs would collapse. The solution? “They would warm up some Vaseline, take a syringe, poke it in the eyeball and squirt the liquid Vaseline into the eyeball. Once it cooled a wee bit, the eye would keep its shape for casting,” says natural science curator Emma Burns.)

The sunfish cast led a quiet life on the museum’s wall until 2013, when it turned out to be the biggest find of a worldwide treasure hunt. Australian PhD candidate Marianne Nyegaard was pursuing clues that there was a third species of sunfish, scouring everything from medieval accounts of sea-beasts to modern specimens. She travelled to Dunedin to inspect the 50-year-old cast—and O’Brien’s techniques proved their worth.

“He created a representation that still looks as fresh as it did the day it was hung on the wall, and with a level of accuracy that’s useful to science as well,” says Burns.

With the Otago sunfish, Nyegaard accumulated enough evidence to describe a third species in 2017.

It was named Mola tecta, the hoodwinker sunfish, because it had evaded detection for centuries—despite the largest specimen hiding in plain view of thousands of visitors to the Otago Museum.

How could such a massive creature escape detection for so long? Burns explains: “The major differences between species don’t become clear until the animals are quite large. Open ocean-dwelling sunfish are hard to collect and preserve accurately, so any differences were never really noticed before.”

These physical disparities include “different humps and bumps”, according to Burns. “Mola mola and Mola alexandrini have heavier brows and chins, and the tail shape and tips are different too. Hoodwinkers at comparable sizes are sleeker and have distinct bands in their stubby tails.

“It’s inspiring to think that there are unique animals this big in the ocean that we don’t even know exist.”