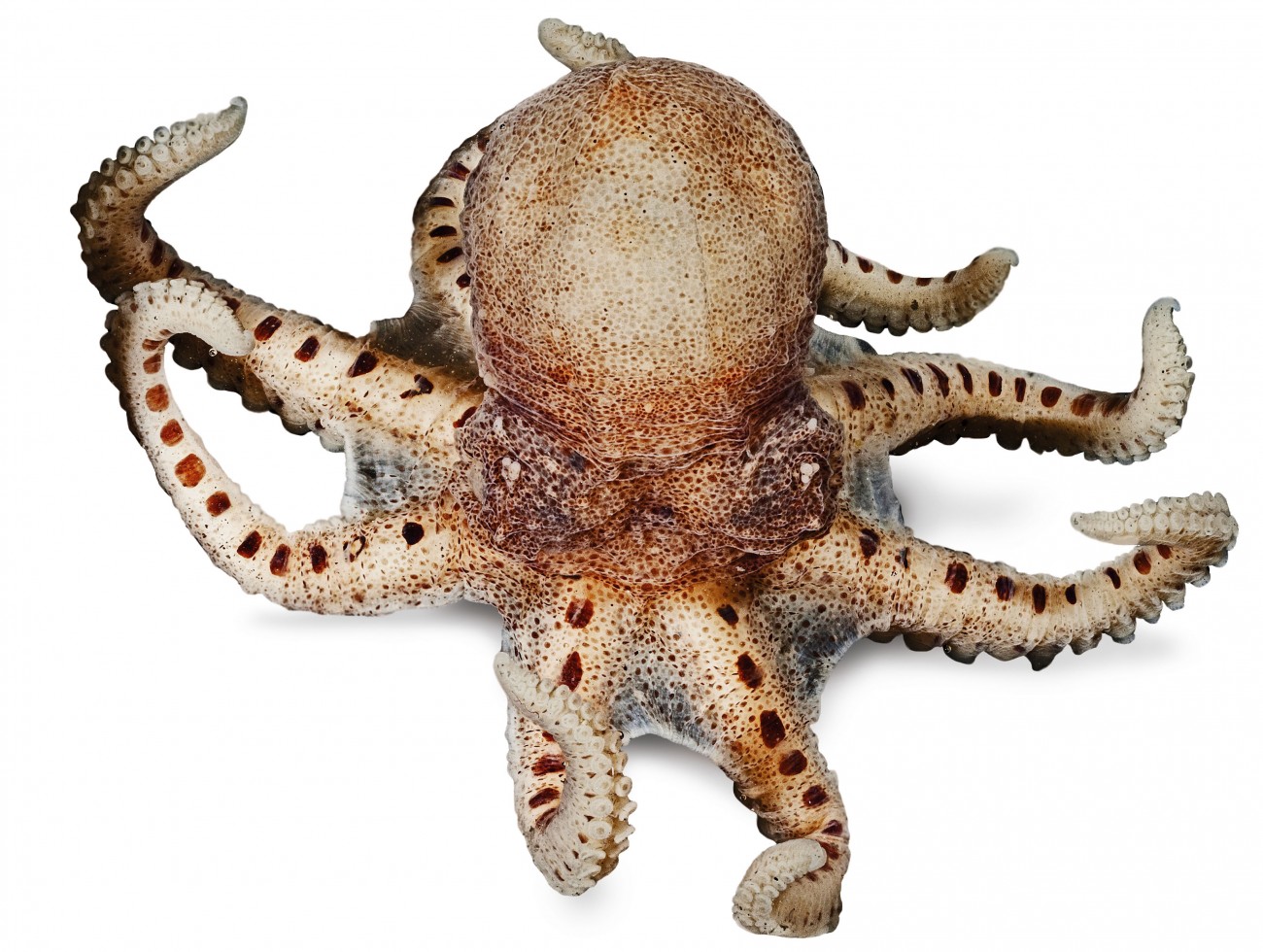 This tiny octopus campbelli, meas­uring barely a centimetre round, was found clinging to a kelp holdfast on Berghan Point at the fringe of Doubtless Bay, Northland. For the carnivorous octopus—as well as hundreds of other organisms that dwell among the forest of kelp—the reef provided shelter and a highway of food.

“It’s a place to take refuge, to hide when you’re little until you venture out into the big wide world,” says Victoria Travers, who is developing an exhibition, Moana, My Ocean, for Auckland Museum. The thumbnail-sized octopus is the unlikely star of a section on Auckland’s east coast, one of five marine environments featured that range from shallow estuaries to the depths of the Kermadec Trench.

“It’s a journey from the familiar to the unfamiliar, from the known to the unknown,” says Travers.

The octopus was found during a combined Auckland Museum and University of Auckland study of 80 kelp holdfasts collected from four sites in 2001. The project documented what a healthy holdfast assemblage looked like, so that the habitats could be used for environmental monitoring in the future. The octopus, with tenderly curled tentacles, has been preserved in alcohol and, after its moment in the spotlight, will be used for reference and identification in the museum’s marine natural history collection.

“That’s a major role that museums and natural history collections play,” says Travers. “They’re incredibly important in terms of keeping a record of what’s been lost.”

But it also provides a record with which to evaluate new finds. Scientists are still discov­ering new species and collecting specimens from the oceans surrounding New Zealand­ an area 15 times greater than our land mass.

“We have 65,000 known and unknown marine animals estimated to be in New Zealand waters. There’s so much of New Zealand’s biodiversity in the oceans,” says Wilma Blom, the marine invertebrates curator at Auckland Museum. “We’re only scraping the surface in terms of knowing what’s out there.”