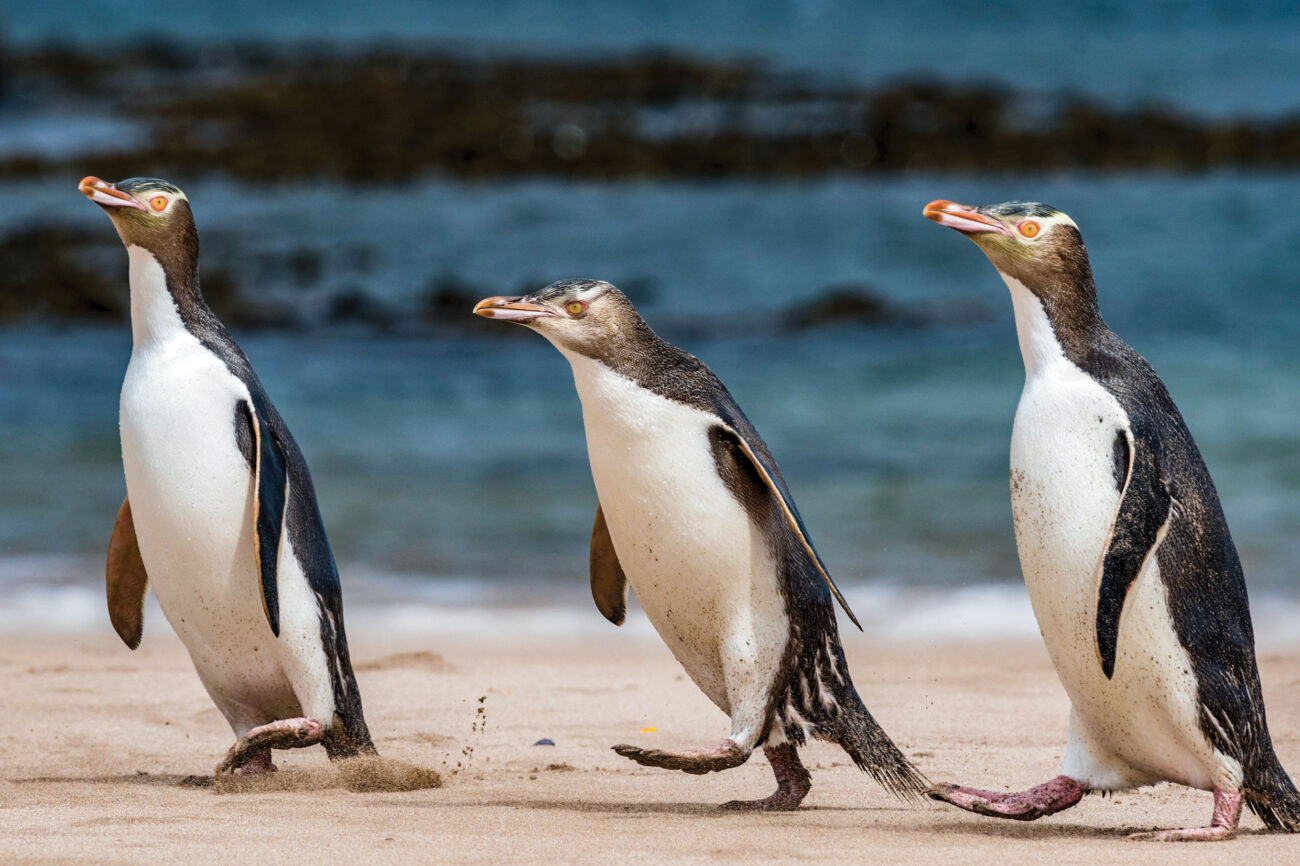 A study of penguin poo suggests Otago’s declining hoiho population are struggling to find food in their hunting grounds off the South Island coast.

University of Otago PhD student Melanie Young collected 313 hoiho faecal samples, from the Moeraki Boulders to the Catlins. Some were obtained directly from the bird—“As soon as you hold a penguin it’s basically pooing on you,” says study co-author Ludovic Dutoit, also at Otago—while other samples were gathered from around the penguins’ nests while they were out fishing at sea.

The poo also revealed that what the penguins eat has changed significantly since the 1980s, the last time their diet was studied. University of Otago professor Yolanda van Heezik conducted that research for her own PhD, which required a more interventionist approach—“I’ve made a lot of penguins throw up,” she says. Back then, the bones found in penguin spew showed the birds ate a varied diet of squid and small fish, including red cod, blue cod, āhuru, and opalfish.

The new study showed the hoiho diet is now dominated by blue cod, and that many of those other fish, once common, are now gone. “There wasn’t a single penguin that hadn’t been eating blue cod,” says Dutoit. (Similar observations were made in other recent studies where a video camera was taped to a penguin’s back.)

Blue cod might be the “snapper of the south” for humans, a sought-after commercial eating fish, but it’s not ideal for penguins, says van Heezik. Penguin parents feed their chicks “a lovely hot porridge of partially digested fish”, she says, and muscular blue cod doesn’t break down as easily as other prey. “It’s like trying to feed a baby huge chunks of solid food.”

The findings are concerning, because they suggest hoiho don’t have many dietary options. This could be part of the explanation for the species’ rapid decline on the mainland.

“We’ve had starvation events,” says van Heezik. “Last year, hundreds of chicks were brought into rehabilitation because they were too thin. Clearly there’s something going on that means there isn’t enough food.”