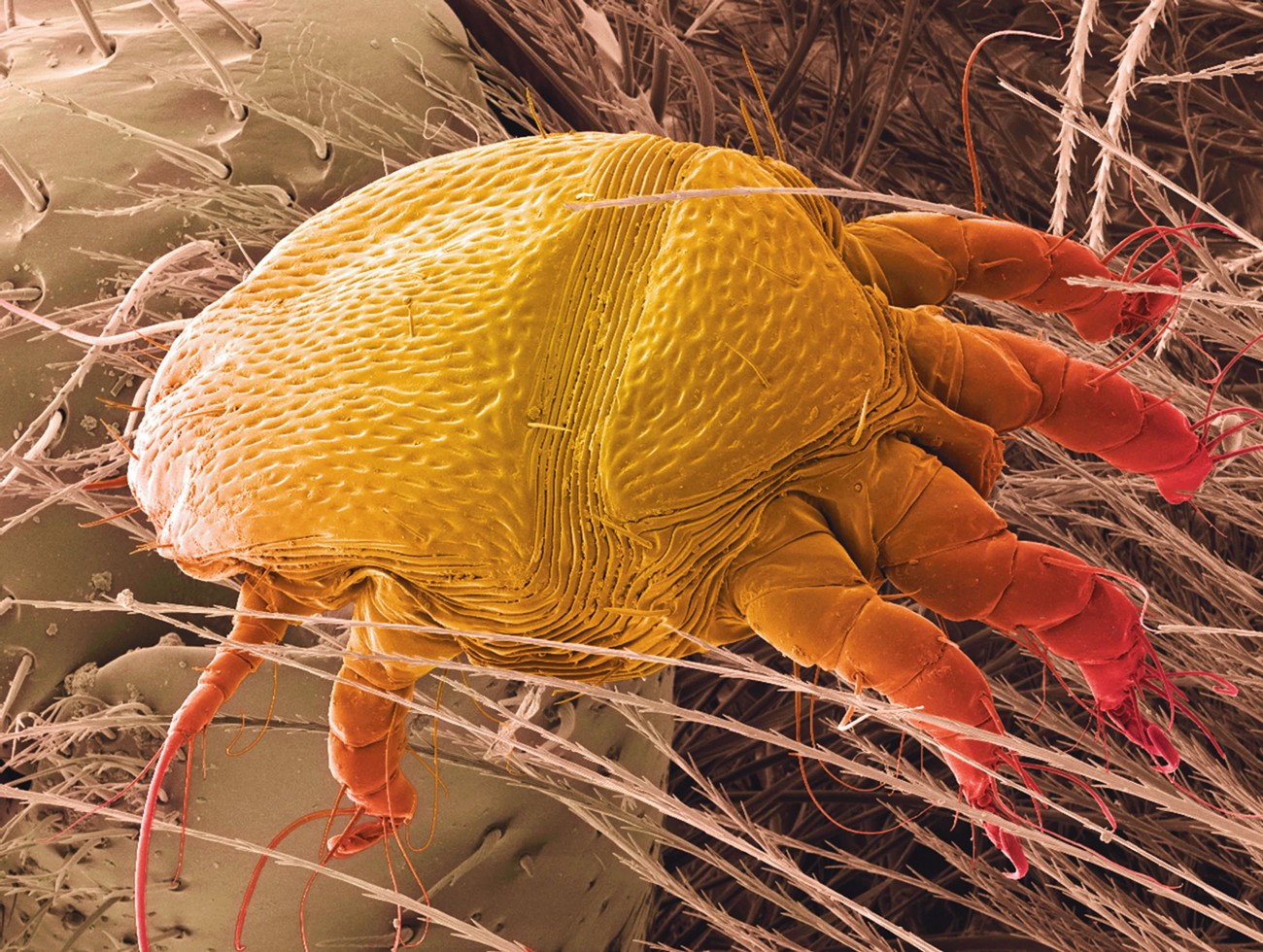 Honeybees have a lot going against them; insecticides, land clearance, monoculture, lack of genetic diversity, changing weather, the varroa honey­bee mite and, more recently, Colony Collapse Disorder (CCD). It’s not clear what CCD is, whether it’s one virus, sev­eral viruses or a host of different factors. Whatever the case, honeybees are key pollinators and we need them.

New Zealand bees are in reasonable health, and haven’t been affected by CCD, which is affecting the honeybees in Europe and North America. But they are still living with varroa, and only this September several hives in Canterbury were found to be infected with the deadly mite.

The varroa mite lays its eggs inside the brood cells of a beehive, where the mites grow up feeding on bee larvae.

Left unchecked, varroa can destroy a hive within a year. It is currently control­led by miticides, but this is only a tem­porary solution; overseas honeybees are already building up resistance.

New Zealand scientists have been looking for more enduring solutions, and have recently developed an organic bio-miticide. The active ingredient is Metharizium sp., a fungus that is lethal to many insects, including varroa mites, but doesn’t harm bees. Until recently at­tempts to use it have failed, because the bees are so adept at detecting and eradi­cating any alien organisms (except per­haps varroa) they quickly clean the Meth­arizium out. But HortResearch has found a way to stop the bees from doing this. The discovery has been patented and is currently being developed for commer­cial release, hopefully by autumn.

Meanwhile, HortResearch’s Michelle Taylor is continuing research on varroa­resistant honeybees. This has involved chasing a gene that somehow—scien­tists aren’t sure how—renders the mites unable to reproduce. But as the trait is additive (more than one gene influences the trait), it’s quickly diluted by queens mating with drones that don’t carry the gene. Scientists have therefore been ar­tificially inseminating queen bees in the lab. Again, this isn’t a long-term solution, as it’s too expensive and time-consum­ing to service New Zealand’s 344,000 commercial beehives.

Taylor is therefore trying to establish a self-sustaining population of high-resistance queens on Great Mercury Island, away from non-resistant honey­bees. At the end of last year, HortRe­search took 40 hives out to the island, each containing up to 60,000 bees and a queen cell that had been raised from stock that was 80 per cent resistant to varroa. Taylor discovered that while varroa still prevailed in 38 of the hives, two developed 80 per cent resistance. “It’s awesome,” she says. “Eighty per cent was the upper limit of what we’re hoping for, but now we’re trying to push it up to 100 per cent.”

If the experiment is successful, the island could become a vital breeding centre for large numbers of highly resist­ant queens, providing a gene pool that can be fed back into honeybee popula­tions on the mainland.