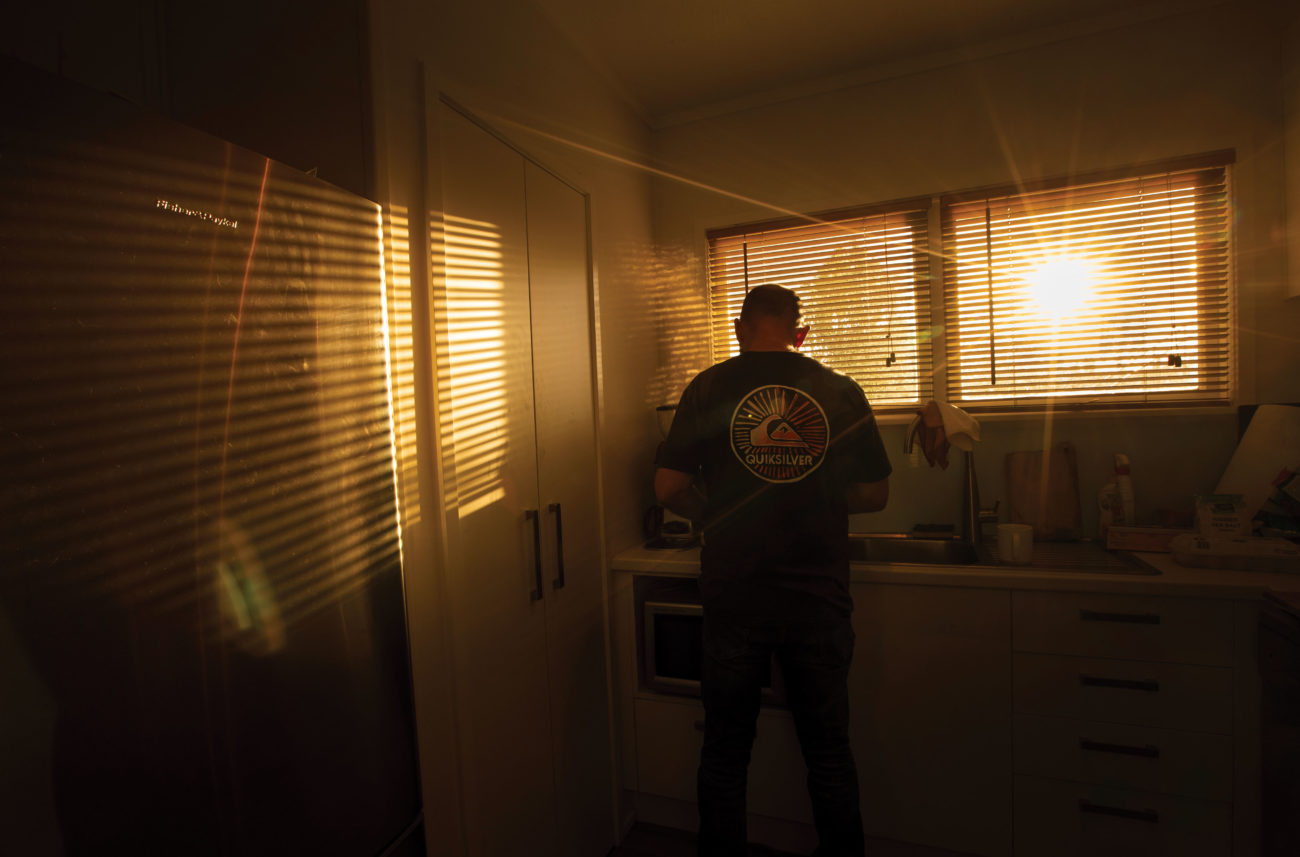 After leaving school at 15, Brett Phibbs started working at a camera store, developing photos while saving money for a surf trip to Australia. His nights were filled with photography—with a mate, he built a darkroom at his home in Westport. First, he worked on black-and-white images, then experimented with Cibachrome colour printing.

Later, Phibbs landed a job as a junior press photographer at the Ashburton Guardian, then the Christchurch Star. Six months at the Waikato Times followed, then 26 years at the New Zealand Herald, where he ended up as chief photographer before going freelance in 2019. He never got around to the surf trip.

“Working for a newspaper, you never know what you’re going to get,” says Phibbs. “It’s fast-paced, always deadlines. Most of the time you have to make a picture out of nothing, and sometimes it’s just about perseverance.”

He recalls covering weightlifter Darren Liddel’s moment of glory at the Commonwealth Games in 1998. Unsatisfied with the regular podium shots, Phibbs waited until the crowd cleared and Liddel leaned in to embrace his mother, his hulking frame bent around her. His back was to the camera, but the three gold medals clutched in his hand winked in the sun.

“It was a beautiful image, a simple image,” says Phibbs. “How quickly it happens… a flash of light… a split-second moment in time that’s never going to happen again, impossible to recreate. That’s history as it’s happening.”

For our coverage of the COVID-19 lockdown, New Zealand Geographic joined forces with the New Zealand Herald photo desk and sent Phibbs in pursuit of an invisible subject.

He encoutered a muted society, deserted motorways, a public disrupted and dismayed. “Every day was different. You have to try to slowly pick the subject apart—not concentrating on one particular thing, but move around it and understand it, work your way into it,” he says.

“It was pretty surreal. As a photojournalist you have a duty to record it, you feel compelled to. We’re documenting the history of New Zealand—it’s pretty humbling when you think of it that way.”