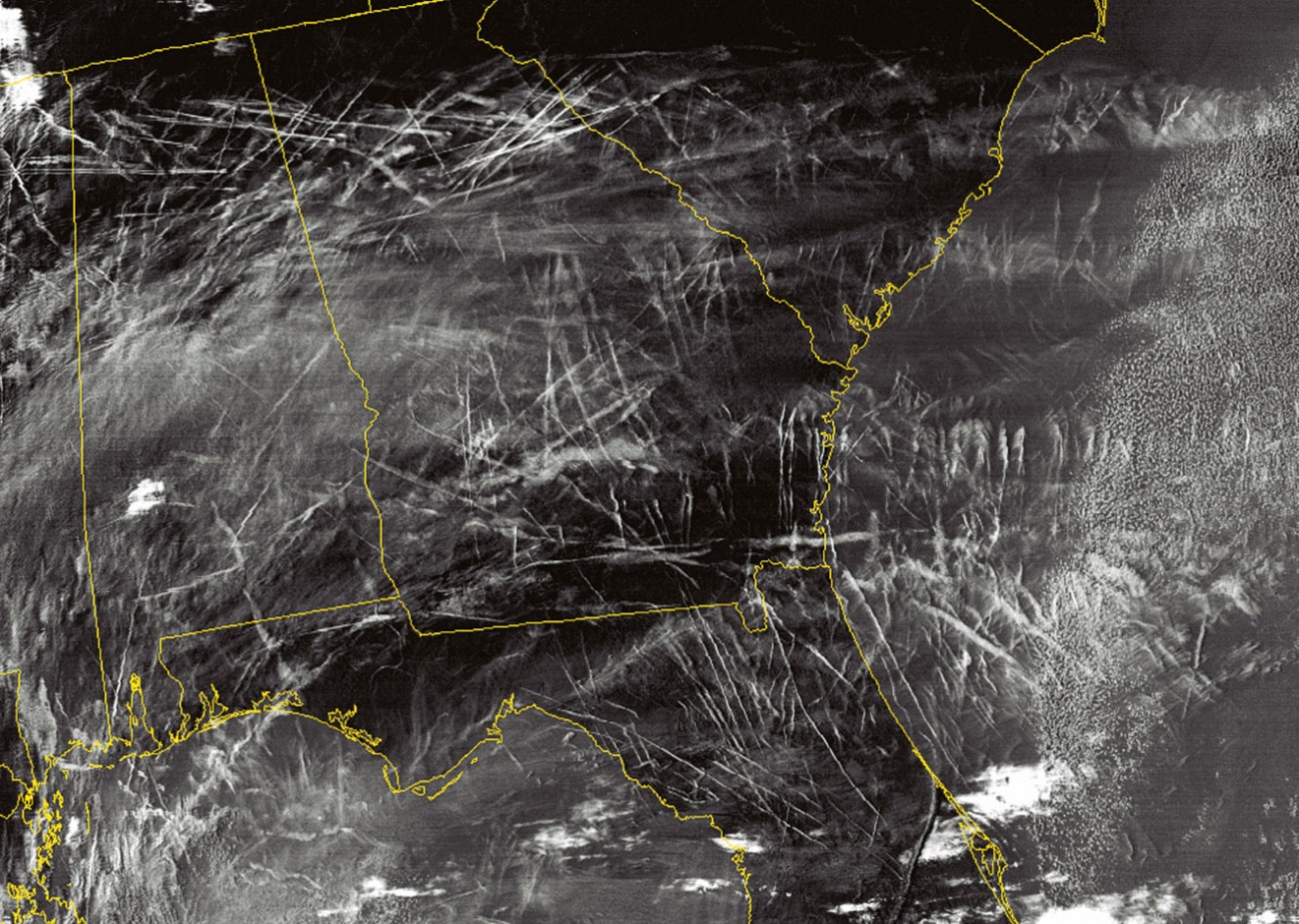 Contrails, the condensation clouds that form from jet aircraft exhaust or wingtip vortices are the latest culprit in the global warming saga. Research by scientists at NASA’s Langley Research Center has shown that contrails may be signiÞcantly increasing the cloudiness of Earth. Contrails can expand into extensive cirrus clouds, which allow most of the Sun’s visible light to pass through but then trap some of the resulting heat emitted by the Earth’s surface and lower atmosphere. Satellite pho­tographs on one occasion recorded a cloud covering 34,000 sq km over New Mexico that was produced by commercial aircraft.

It is estimated that during the past several decades there has been a one per cent, per decade increase in cirrus cloud cover over the US, enough to increase surface tempera­tures by 0.2–0.3° C. The measured increase in temperature over that time is 0.27° C. An increase in cloud coverage directly related to contrails is therefore enough to account for all the warming which has occurred in the US between 1975 and 1994.

Cirrus coverage also rose in North Pacific and North Atlantic flight cor­ridors and in Western Europe, as air traffic has steadily increased there.

When air traffic was suspended for three days following September 11, 2001, a 1° C greater temperature difference between day and night was recorded in the US.

With air travel increasing worldwide, contrails could be a significant factor in climate change.