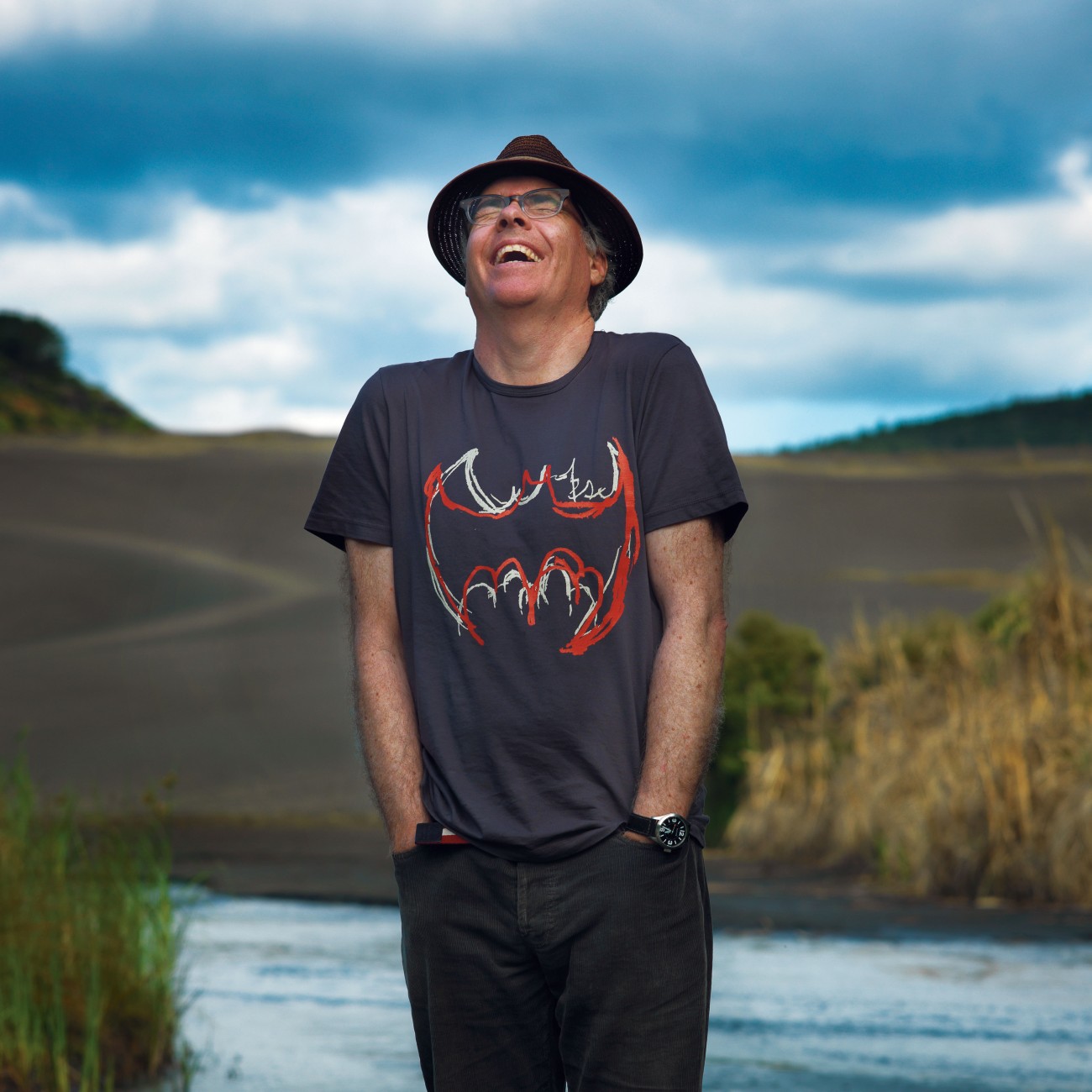 From the Southlanders’ point of view, tussock is a tenacious nuisance, a plant that has to be burned three times before land can be developed for pasture. From Reynolds point of view it was the ideal material; organic, en­demic, “something that flourishes in the space but is usually overlooked”.

Anyway, Reynolds—contagiously energetic, unusually articulate—could talk the stripes off a zebra and to cut a long story short, the locals eventually came around to the idea. In fact, many turned out to help him plant out 870 tus­socks in a grid, the result of which is fit­tingly called Snow Tussock. Afterwards there was a sausage sizzle and a shout at the pub, and people joked that once Reynolds had left town they’d have a burn-off. Over time, says Reynolds, it seems people who live nearby “are quite pleased with the work”.

“People say they go and stand there. It doesn’t do much, but the sky is huge and it’s quiet, and there’s a church on one side and a graveyard on the other, and now you can walk among the tus­sock. There’s a peacefulness to that.”

Reynolds is one of New Zealand’s most eminent artists. In 2008 he was a finalist for the Walters Prize (as he was in 2002). This was for Cloud, a massive cloud-like installation made up of 7073 small stretched canvases, each featur­ing phrases and words from Harry Ors­man’s The Oxford Dictionary of New Zealand English.

But in recent years Reynolds has moved out of the gallery and into the natural world, with three monumental sculptures made out of mass-plantings of endemic species—living, breathing and ultimately unpredictable sculptures or, as he calls them, “unnatural stagings of the natural”.

Also at Macrae’s Flat he’s created Golden Spaniard, in which 6000 or so golden spaniards (a type of spear grass) have been planted out in an area land­scaped in the form of a spiral-shaped zig­gurat. And there is Cordyline, in which 8,000 or so cabbage trees have been planted out in rows at Alan Gibbs’ sculp­ture farm on the Kaipara harbour. At the time of writing, the winter’s heavy floods and fierce winds had taken a toll and some of the cabbage trees would need to be replaced. “This is what can hap­pen when you’re working with nature,” says Reynolds. “I like to think of them as challenges.”

He imagines Cordyline in the future, especially by moonlight, the heady scent of the flowers, the clattering of the leaves, the experience of walking among 10,000 “elongated trunks and afro tops” planted out in formation. As he points out, these sculptures will take time to mature, and will probably look their best after the artist who conceived them has shuffled off. “Someone has pointed out that these are the biggest sculptures in New Zealand,” he says.

Reynolds has a way of making the ubiquitous novel, and common things strange, and it was perhaps inevitable that he would transfer that impulse to our native fauna.

Take tussock. He notes that Ors­man’s dictionary includes terms such as “tussock happy” and “tussock fever”, referring to the disorientation that can result from spending too much time sur­rounded by Otago hills and a low-lying plant that extends all the way to the ho­rizon. Yet according to Reynolds, “One of the best ways to experience tussock is to lie down among them, at their level. They’re real characters. They are moist and warm and when you are down this low they provide great shelter from the prevailing winds, which are pretty fierce. I think this is why sheep like them…”