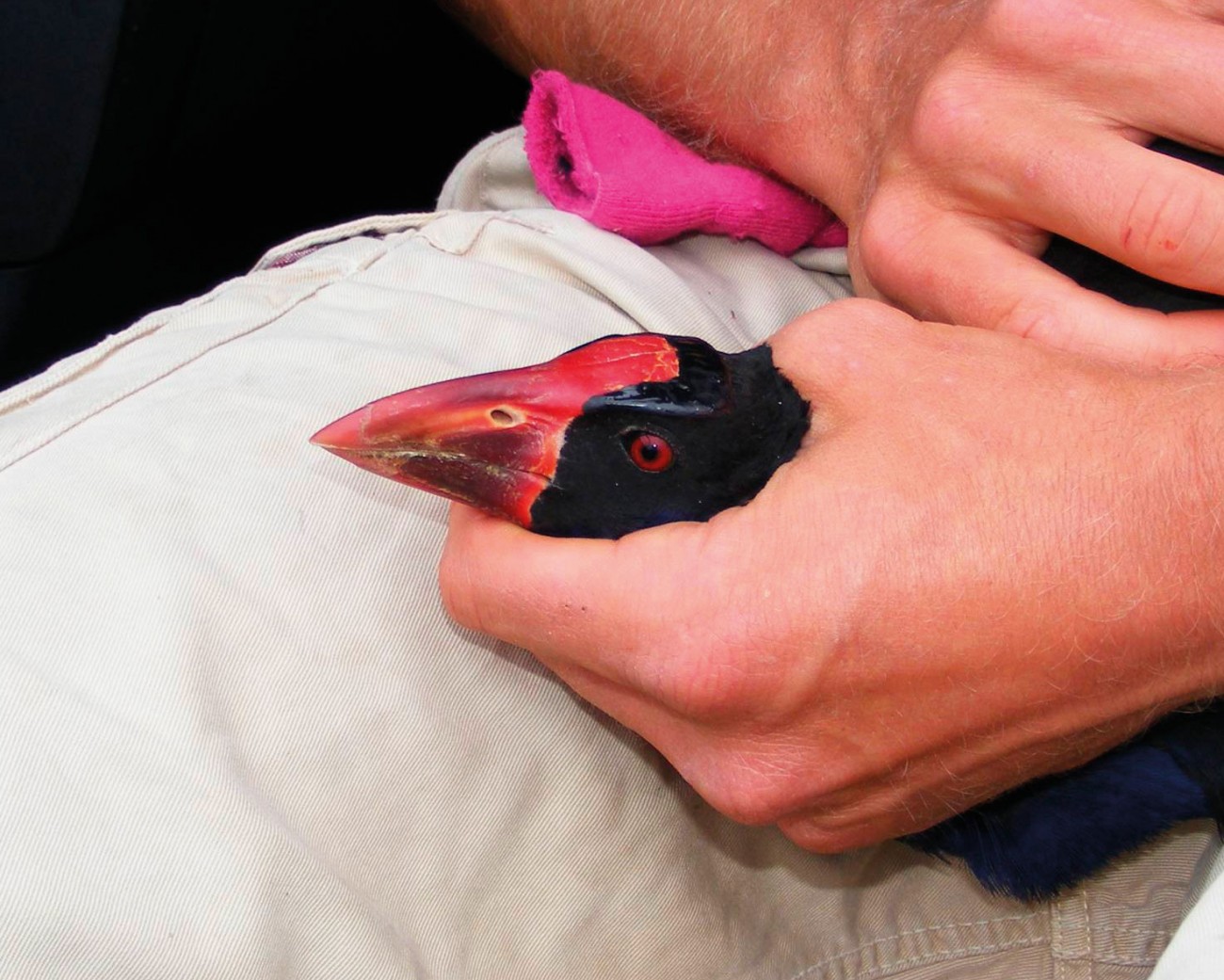 In the animal kingdom, it’s common to use signals such as voice or visual cues to display dominance, rather than having to fight to claim a mate or resource. It’s often hormone-driven—for example, the rooster’s red comb and the sparrow’s black bib, which are both influenced by levels of testosterone.

Massey University researchers working at Tawharanui Open Sanctuary north of Auckland recently proved that pukeko use the size of their frontal shield—an extension of the beak which extends up between the eyes—to signal their dominance. The bigger that red shield on their forehead, the mightier they are. But can the reverse be true? Researchers painted the edges of a pukeko’s shield black, making it appear smaller, and other birds in the cohort became more aggressive towards that one. This change in popularity had a knock-on effect—the pukeko’s real shield also decreased in size within days.

“This shows that the dynamic feedback between behaviour [aggres­sion] and signal [shield] is very responsive,” says study supervisor and ecologist James Dale. “Basically, it’s best to be honest. If your signal and behaviour are mismatched, you’re going to be in trouble with others testing you. Just like with humans—for example, if someone brags a lot but actually you know they’re just like everyone else. Dominance is a balance between both physical features and social interactions.”