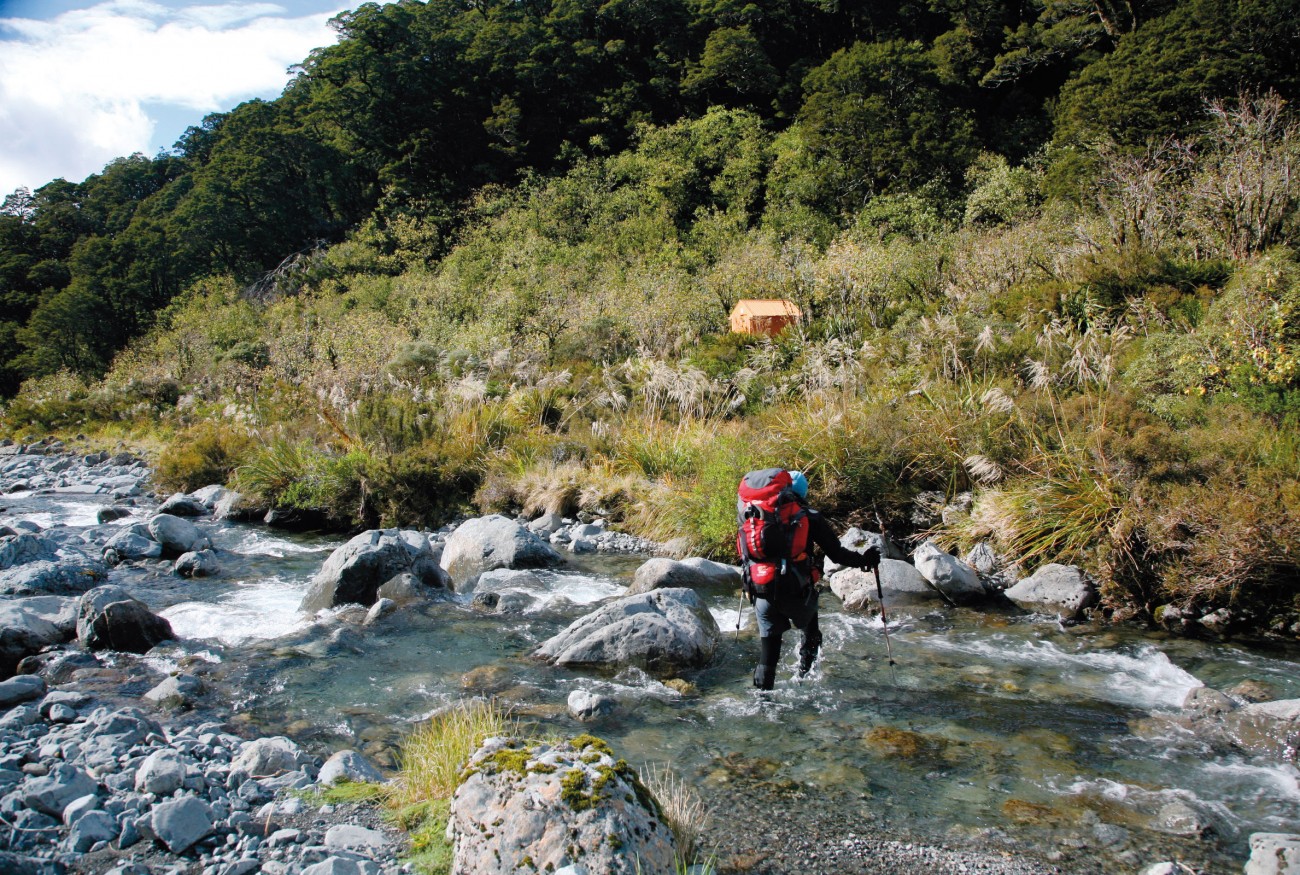 This four-day tramp crosses the Southern Alps at Harper Pass (962m). Low passes through the Alps are rare, so it’s been well used in the past—by Maori as a green-stone route, and by miners coming over from Canterbury during the West Coast gold rush in the 1860s.

In 1867, a more direct road route to the Coast opened through Arthurs Pass, and the Harper Pass bridle track lapsed. Yet it has its intrinsic delights—a hot pool, a crossing of the Alps—and in the 1930s the Physical Welfare Division of the Department of Internal Affairs built four substantial huts along the route, and opened it. The Department hoped to emulate the success of the Milford Track, but the Harper Pass Track never got those kind of legs. It remains lightly used, but is relatively easy and interesting.

Easy that is, except for its length, and for un-bridged crossings of the Taramakau and Otehake rivers at the southern end, and also—unless you use the Morrison flood bridge—the Otira River. Trampers with river-crossing experience will ford these rivers safely in normal to low flows, but when river levels are high, they’re impassable. When tramping from north to south, the historic Locke Stream Hut near the headwaters of the Taramakau has a radio link to DOC’s Arthurs Pass National Park Visitor Centre on which you can request weather forecasts, and estimate if the Taramakau, Otehake and Otira rivers are going to be a problem. Carry extra food in order to backtrack to huts, or camp, while waiting for river levels to subside.

The track follows the Hope Fault throughout, a splinter fault that angles east away from the Alpine Fault and eases the strain of New Zealand’s contending plates by sideways slippage. Te Araroa through­-trampers will access it via the Tui Track that comes down from Boyle Village at the end of the St James walkway, but those using it as a standalone tramp will come in from Windy Point.