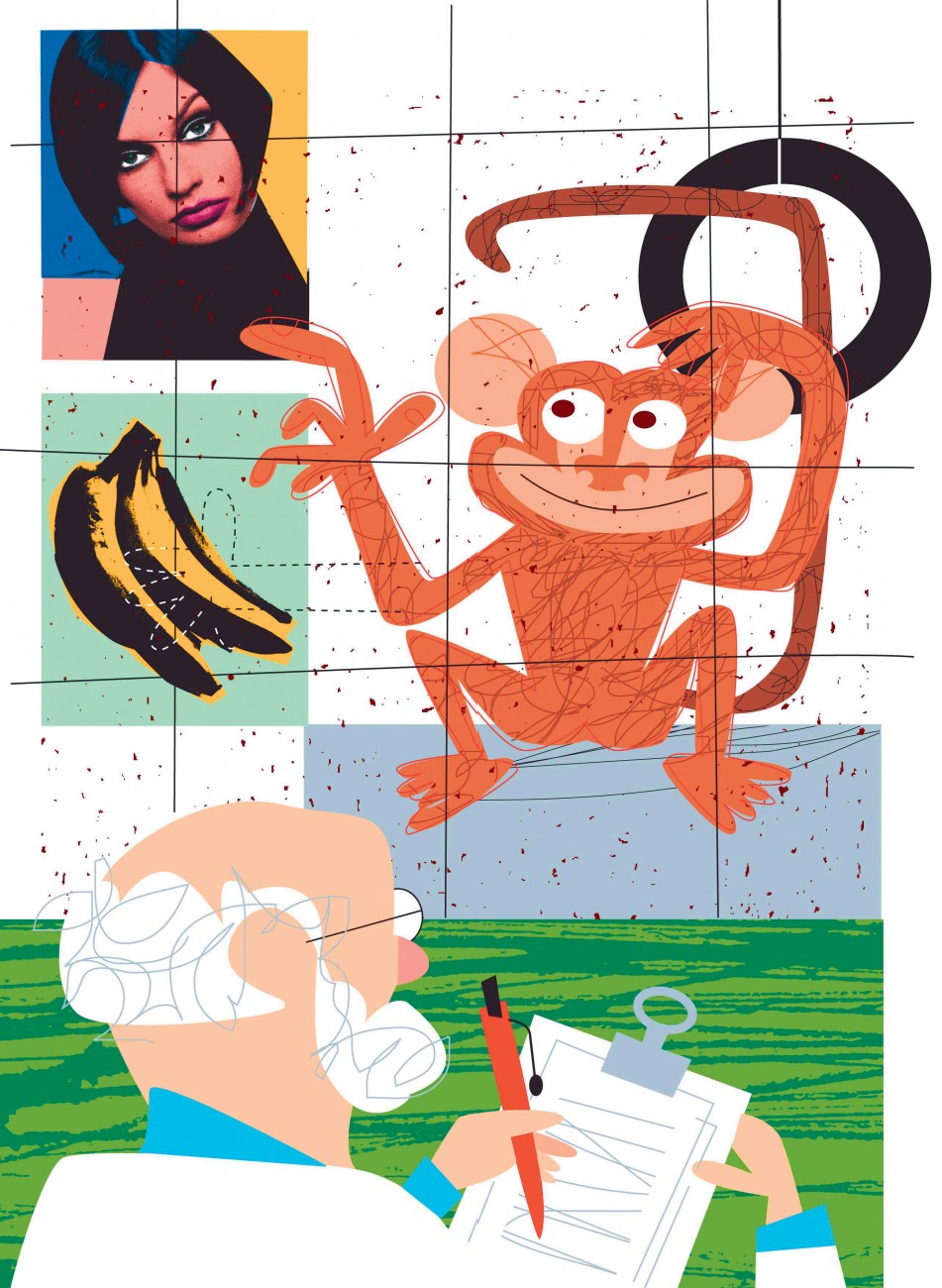 For evolutionary theorists, the uniqueness of human language poses something of a problem. The 17th cen­tury French philosopher René Descartes thought lan­guage so special that it must be a gift from God, and even materialistic scientists have sometimes supposed that there must have been some miraculous event—a fortuitous genetic mutation, perhaps—that gave us the gift of the gab.

One way round the problem is to suppose that lan­guage evolved, not from animal calls, but from manual gestures. Our great-ape cousins actually possess a much better range of manual gestures than of vocal sounds, and gesture naturally to each other in the wild. It is be­coming clear that their gestures are more deliberate and conversation-like than their vocalisations. Attempts to teach captive chimps and bonobos to speak have been spectacularly unsuccessful, but some real progress has been made toward teaching them to communicate in a simplified form of sign language, or by pointing to sym­bols on a specially designed keyboard. It’s still not true language, but it’s much more language-like than their attempts at speech.

Around six million years ago our forebears, the homi­nans, stood up on two legs and waved good-bye to the apes. This freeing of the hands no doubt enhanced their ability to communicate using their hands. From around two million years ago, our industrious ancestors began to make stone tools, and the size of their brains began to increase dramatically. These developments prob­ably signalled the emergence of a more elaborate group structure and complex communication, culminating in language, with its complexities of grammar and capacity to generate virtually infinite meanings.

There are reasons to believe, though, that the lan­guage that they developed was predominantly manual, perhaps rather like the present-day signed languages of the deaf. Fossil evidence suggests that the anatomical requirements for fully articulate speech were probably incomplete even in our close cousins the Neanderthals, a hominan species with brains as larger or larger than our own, but who died out a mere 30,000 years ago. By recent calculations our own species, Homo sapiens, came out of Africa around 60,000 years ago, and it was their arrival in Europe that may have contributed to the extinction of the Neanderthals.

So what was the terrible secret of sapiens? Most ex­perts agree that it was not superior strength, or even su­perior brain power. Rather, it was the late transition from gestural language to speech. So why should this transi­tion have been so decisive—and indeed so destructive? Clearly, the advantages of speech over gesture were not linguistic, since sign languages are as linguistically so­phisticated as vocal ones. The advantages were prob­ably practical. Speech allows communication at night, or when the line of sight is impeded. Speech requires much less energy, since it effectively piggybacks on breathing, which we do anyway. Signing, in contrast, can be exhausting. Most importantly, though, speech frees the hands, and allows us to demonstrate skills while explaining vocally what we’re doing. This may account for the extraordinary explosion of technology (including weapons), art, bodily decoration, and sheer cultural di­versity that characterises our species. These effects were no doubt cumulative, but in the course of time the ges­turing Neanderthals never stood a chance.

You may think it odd that language was originally based on manual gestures, but note that deaf children can acquire sign languages just as easily and naturally as the rest of us learned to speak. Deaf kids even babble in sign. At Gallaudet University in Washington, DC, the of­ficial language is American Sign Language, and students study all the usual subjects—even poetry. And of course we all gesture with our hands as we speak. The gestural origins of language are all around us.