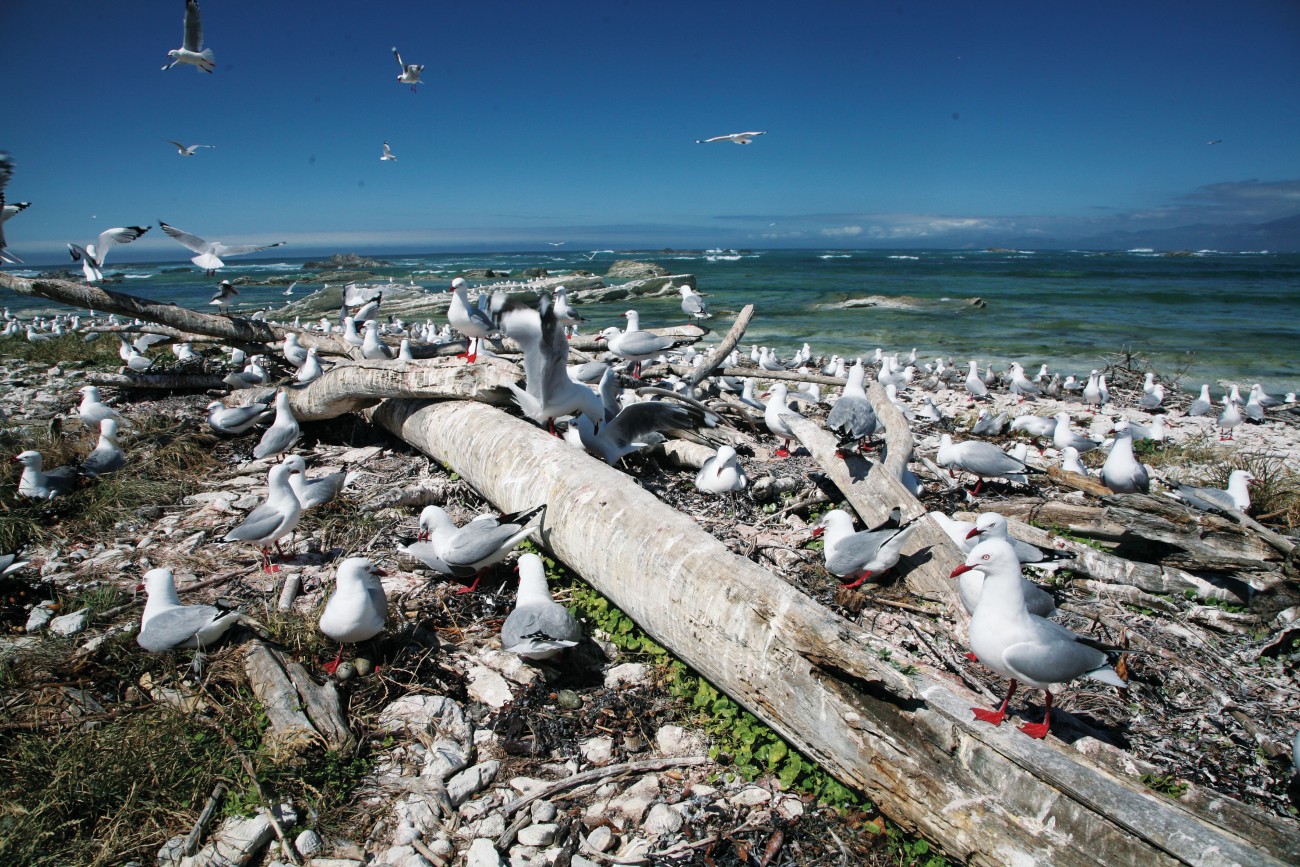 Otago is hot property for endemic red-billed gulls, with the population from Moeraki to Nugget Point in numbers triple those of 20 years ago, partly because they have consoli­dated their colonies.

According to a report published in New Zealand ornithological journal Notornis, the population of Larus novaehollandiae scop­ulinus—a small, endemic subspecies of the red-billed gull found throughout South Africa, Australia and New Zealand—has exploded in Otago from fewer than 1500 birds in 1992 to more than 4600 in 2011, an annual popula­tion increase of between 6 and 10 per cent.

However, the authors, Dunedin ornitholo­gist Lyndon Perriman and Otago University marine science researcher Chris Lalas, say that, rather than forming more colonies, the gulls have preferred fewer and larger groups.

The consolidation is advantageous for safety reasons, says Lalas.

“A large colony can act as a mob to drive off particular birds—harriers and black-backed gulls. It’s definitely easier to have a big colony.”

This is good news for a bird declared ‘nationally vulnerable’ in 2008 after a dramatic reduction in numbers at large breeding colonies in Kaikoura. The event was thought to have been caused by a decrease in sea-surface temperature reducing abundance of prey such as krill for the birds. Otago’s sea-surface temperature, on the other hand, increased over the same period, bringing in abundant food, though the Taiaroa Heads red-billed gull colony also benefited from a predator-proof fence erected to protect the royal albatross colony. It pays to have prominent neighbours.