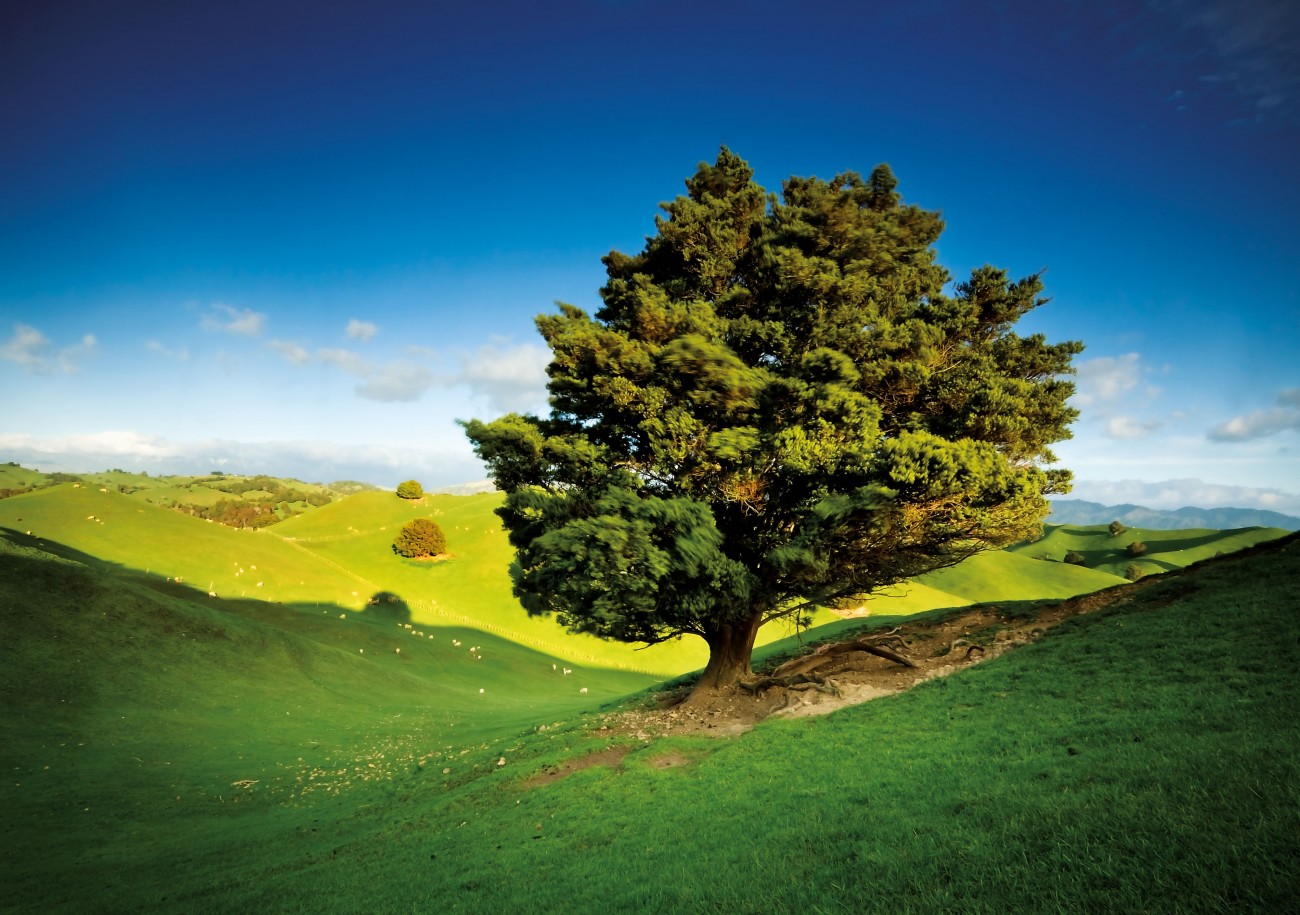 A 10-year study by the Northland Totara Working Group, led by scientist David Bergin, looked at the way totara trees grow in pasture in Northland—a region where totara regeneration on farms is so prolific that many farmers regard it as a weed.

Farmers are generally advised to fence off native forest from grazing animals to encourage growth, and while that’s appropriate for the protection of most native species, totara isn’t palatable to cattle and sheep. In fact, the study found grazing around the trees assists the estab­lishment of totara, providing there are already mature totara nearby to act as a seed source. It seems that when pasture cover is kept short, light levels near the ground are increased, which helps newly germinated seedlings.

“Of our native conifers, totara is one of the most light-demanding and is sufficiently hardy to establish on open sites,” says Bergin.

The study also found totara did even better on steep slopes where a diverse range of herba­ceous species occurred rather than dense ryegrass and clover.

Bergin suggests these developing stands of regenerating totara could be thinned out like regular commercial forests to encourage growth of the best trees for timber. Grown on the thinner topsoil of the hills, totara would also have the added benefit of reducing erosion and flow of sediment from steep slopes into the rivers.