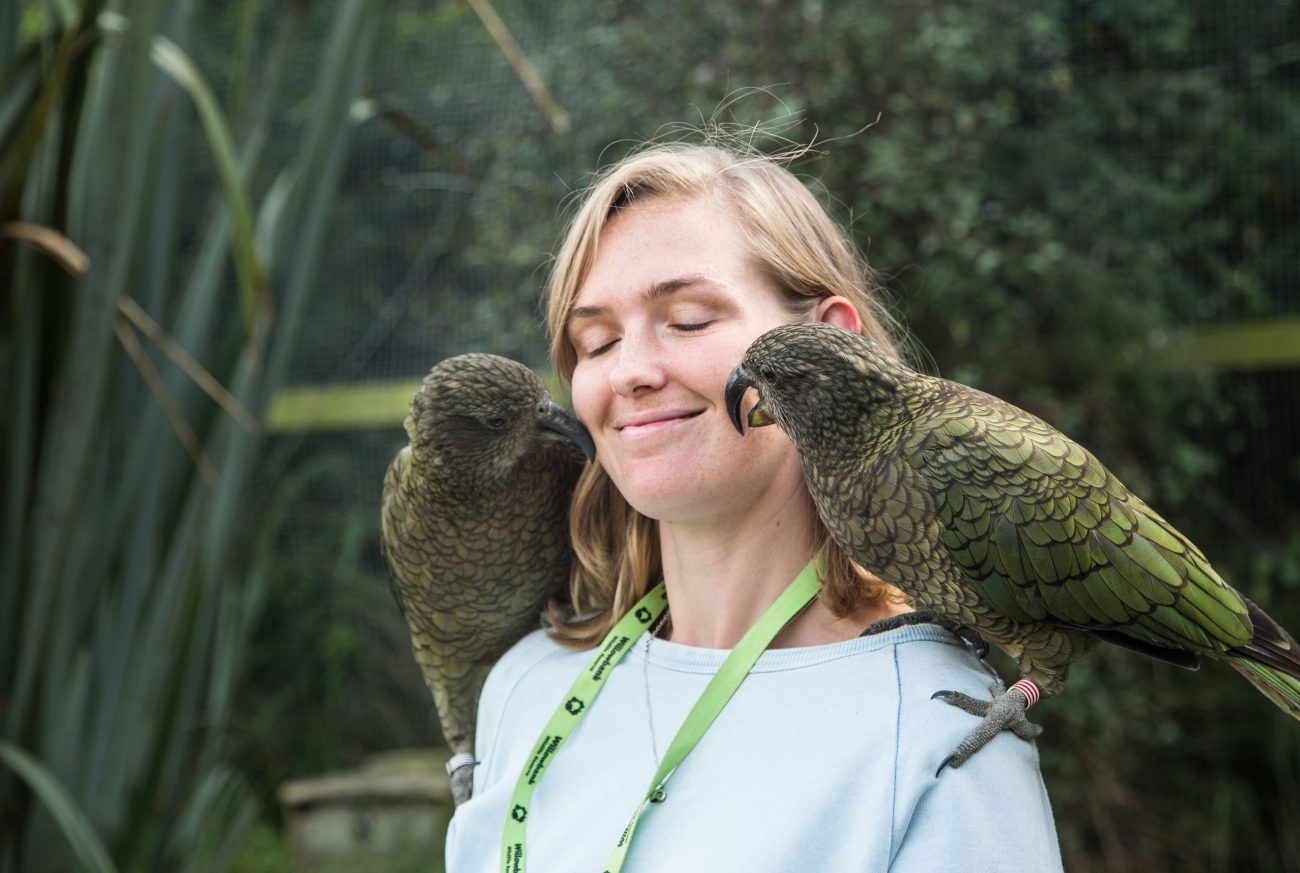 We are lucky enough, in New Zealand, to have a bird which runs towards us rather than in the opposite direction.

We’re so used to seeing them as the local louts mucking around, leaving road cones in the middle of the highway for a laugh, that it hasn’t quite occurred to us how special they are.

“It surprised the hell out of me that no one was working on kea,” animal-behaviour biologist Ximena Nelson told me. “I haven’t tended to study birds, because in general birds are overstudied.”

She wonders if kea slipped under the radar in New Zealand—there’s a lab in Austria working on kea intelligence—because they’re so conspicuously smart.

“There’s an element of, ‘Why would you look at this? Everybody knows’,” she says. “We make lots of assumptions about what’s obvious, and when we look into it, it’s not.”

It’s hard to compare cleverness between species, because there are so many different aspects to it. But kea have quite a few of them: they’ve got social skills, which allow them to collaborate with one another, they’ve got a problem-solving streak, born of their need to extract food from hard-to-reach places, and they’re adaptable.

Kea are one of the few species to have taken advantage of humans living and tramping and cooking and operating forestry businesses in their habitat. We’ve given them numerous new sources of food, to the point that some kea now specialise in ski-field or motor-camp foraging, and have trouble finding sustenance when relocated elsewhere. We provide them with toys, like vinyl seats and solar panels and road cones, and they’ve responded by playing with them. There’s a poetic justice to the efficiency with which they demolish the human structures that have invaded their habitat.

The more I researched kea, and the more I watched them, the more I became convinced that many elements of our national character are innate kea qualities. We may think we’re original, but they precede all our best attributes.

They’re the mad geniuses of the bird world, experimenting with things just for fun—like the group of kea in Fiordland who were filmed setting off stoat traps using sticks. (They weren’t even retrieving the food from the trap—just making it go bang.) They’re self-sufficient, and have the air of being able to figure things out themselves—or failing that, with brute force and the multitool attached to their faces. They have little sense of caution, and don’t think through consequences, but they don’t do anything half-heartedly, either. We should be proud that they’ve held their territory so firmly, that they announce their presence so raucously and destructively.

Perhaps we could grant them space to recover their numbers, safe from lead flashings and stoats. We could adapt to live with kea as they’ve adapted to live with us—boldly, and with cunning.