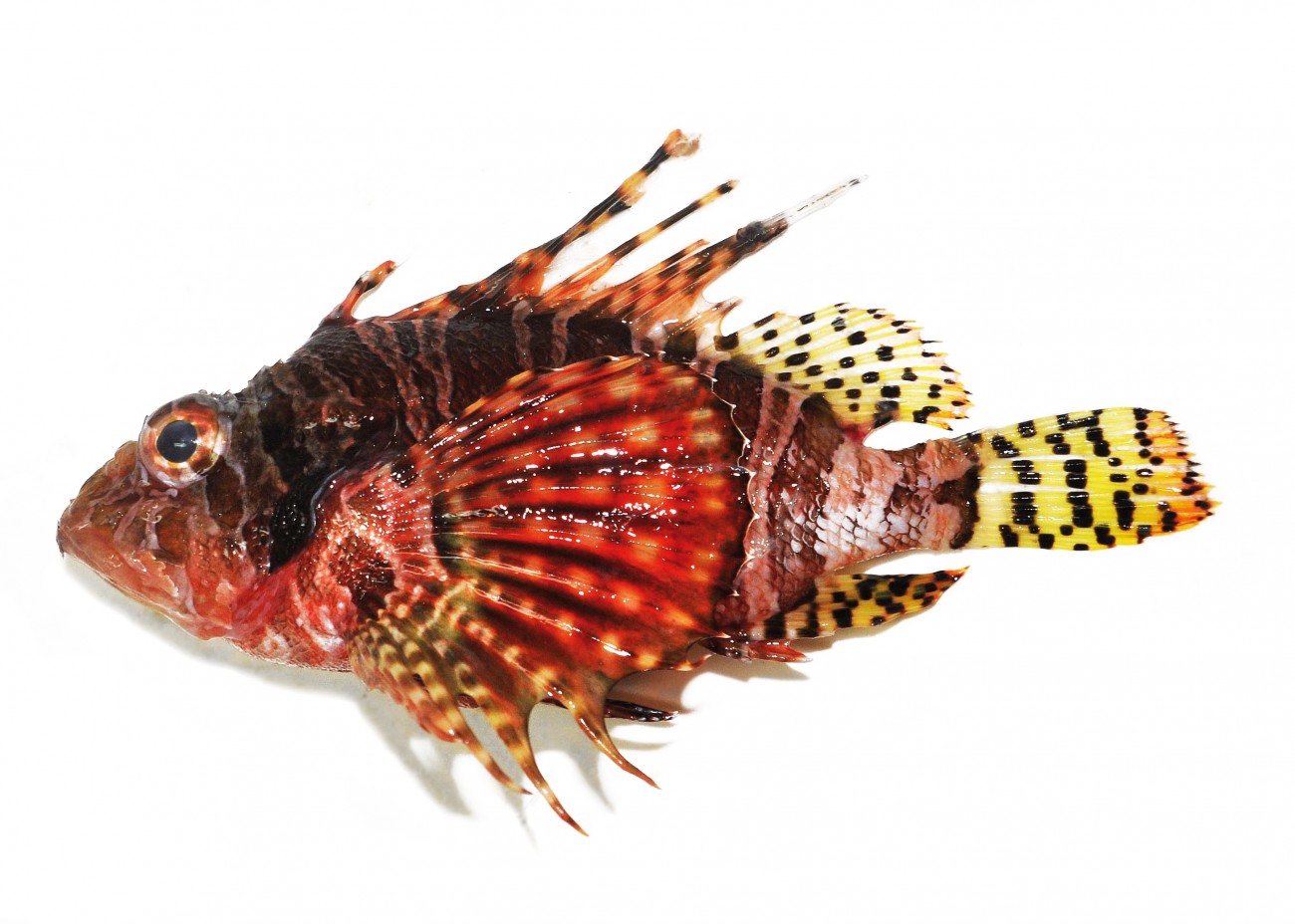 Te Papa scientist Carl Struthers described a brand-new species of Lotella cod as a radiant “sunset orange” compared with examples of the genus common in New Zealand, which are a muted reddish-brown. In the coming months, x-ray analysis of the rows of lateral scales and tissues will dispel the possibility it may be just a colour morph.

A zebra lionfish—the fourth type of lionfish recorded in the region—was also hauled aboard. Zebra Lionfish are found widely throughout the Indian and Western Pacific oceans, but it is not known whether they breed in the Kermadecs or drift as larvae from the Great Barrier Reef. These solitary fish are armed with venomous dorsal spines—one prick can cause excruciating pain, with the best cure being to hold the hand in extremely hot water for hours to break down the venom protein.

Look out for a major feature on the Kermadec Islands in the next issue of New Zealand Geographic.