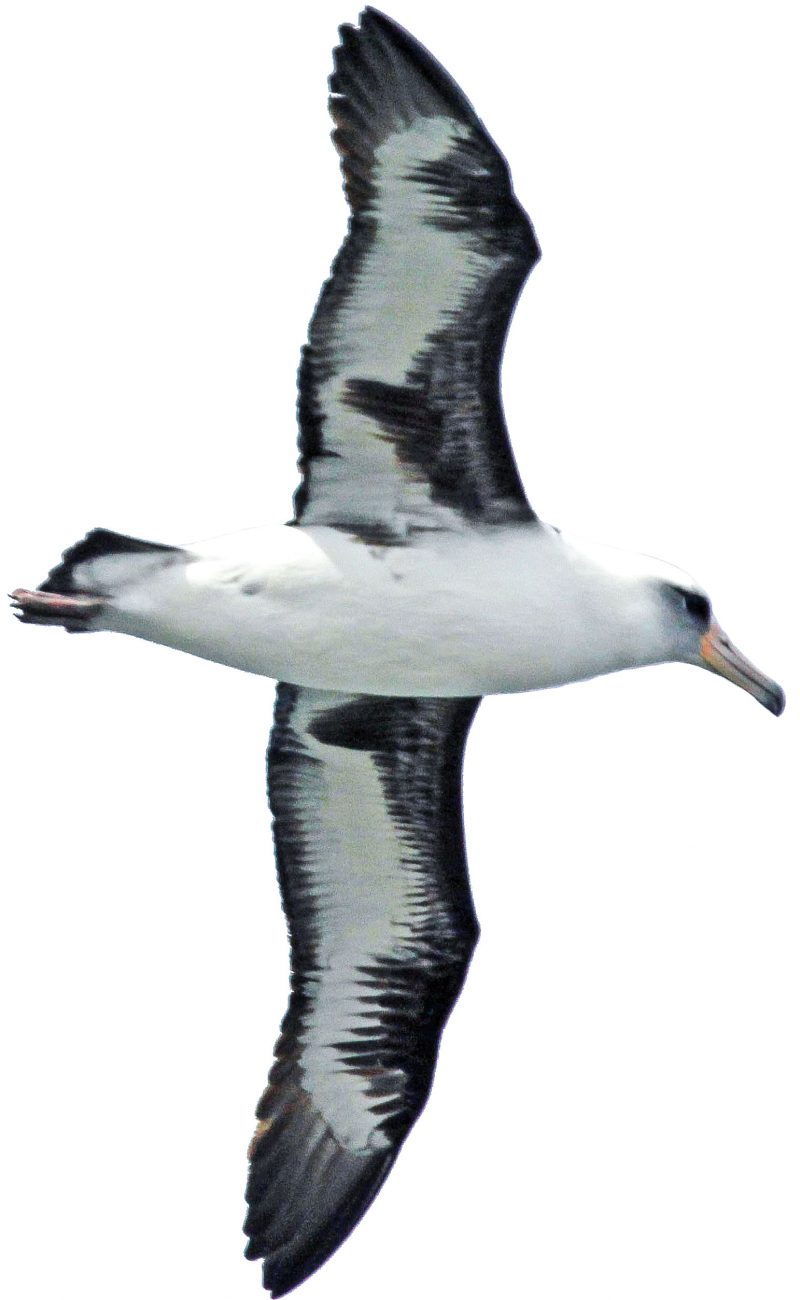 On June 8, World Oceans Day, film-maker and photographer Chris Jordan uploaded his documentary Albatross online for free viewing. It is an exhilarating and heartbreaking film. The exhilaration lies in the intimate portrayal of the lives of Laysan albatrosses, which nest at Midway Atoll, in the Hawaiian archipelago—mere flecks of sand in the vastness of the North Pacific. We witness their intricate courtship displays, which Jordan slows down to the speed, he believes, these birds experience time. For a successful bond to be made, each partner must match the other’s dance pattern until perfect synchrony is achieved.

The movie’s heartbreak lies in its documentation of the deadly toll of ocean-borne plastic on these ocean-spanning birds. We look over Jordan’s shoulder as, dead bird after dead bird, he photographs their stomach contents—kaleidoscopes of fatal fragments that they have mistaken for food.

The compendium of swallowed objects is appalling. The camera lingers on one tableau of ingested trash which includes a toothbrush and a cigarette lighter. Can I ever look at a soaring albatross again without imagining the indigestible debris filling its snow-white belly?

Even more distressing is seeing a slurry of plastic being disgorged from a parent into the open beak of its hungry chick. The betrayal of trust is acute.

As Jordan, who narrates the film, expresses it, “They cannot know what plastic is. Their instinct is to trust what the sea provides.”

How could they not? Every molecule of their bodies comes from the sea, says Jordan. “There is no boundary between the albatross and the ocean.”

Jordan is an artist, not a biologist, and he came to this project in an indirect way. It was an interest in photographing garbage, industrial junk and the detritus of mass consumption that first brought him to Midway. He followed the plastic trail from the cities of North America to its tragic terminus: the bellies of seabirds.

And then he found he couldn’t look away. Neither can we. The mingling of plastic and feathers in image after image is traumatic. Feathers, so evocative of tenderness and comfort, interspersed with the jagged-edged discards of death.

For me, watching Jordan’s movie spurred memories of another albatross. It was around this time of year, midwinter 30 years ago, that I was thinking about stories to include in the very first issue of New Zealand Geographic. One of those stories would be about New Zealand’s subantarctic Campbell Island, and the cover photograph would celebrate one of the iconic birds of that windswept, wonderful place. Some readers will remember that picture: Roger Moffat’s portrait of a Campbell albatross and chick on their nest.

At that time, the extent of the human threat to seabirds was not fully realised. Today, it is. In the Parliamentary Commissioner for the Environment’s 2017 report on the conservation status of New Zealand birds—a report that found that one in three native bird species is in danger of extinction—the Campbell albatross, along with three other albatross species, is listed as “in serious trouble”. The threat for these albatrosses comes less through ingesting plastic than by coming into mortal contact with fishing vessels.

But the imperative to act is the same. And the precursor for action, Jordan comes to realise, is love.

The opening frames of Albatross quote an enigmatic line from Coleridge’s ‘The Rime of the Ancient Mariner’, the poem that fixed the albatross in the Western mind: “He loved the bird that loved the man who shot him with his bow.”

With those words Coleridge wove a living thread connecting man to bird to ocean. The mariner severs the connection by killing the albatross, but that’s not the end of the story. For as much as the poem is about a curse, it is about a cure as well. The mariner awakens from his sleep of ignorance and separation from his fellow creatures. “A spring of love gushed from my heart, and I blessed them unaware,” says the mariner—and the curse is broken.

The film tracks Jordan’s journey from detached observer to grieving participant. “I didn’t know I could care about an albatross,” he says.

His meditation on grief is both poignant and hope-filled. “Grief is the same as love. When we surrender to grief it carries us home to our deepest connection to life.”

From that connection comes the impulse to protect what needs protecting and to confront what needs confronting: a fishing industry with a vast and destructive ecological wake; a consumer economy that is profligate with its waste.

In these unprecedented times for life on Earth, it has never been more necessary to do this work of protection and confrontation on behalf of ocean life—especially in New Zealand, the pre-eminent seabird nation, with more species of penguin, albatross, petrel and their kin living in our waters than in those of any other country.

Spare a thought, too, for those North Pacific voyagers in their effortless traverse of the liquid world, swooping low across the waves, dipping their bills to pick up a bright morsel, killing themselves so softly.