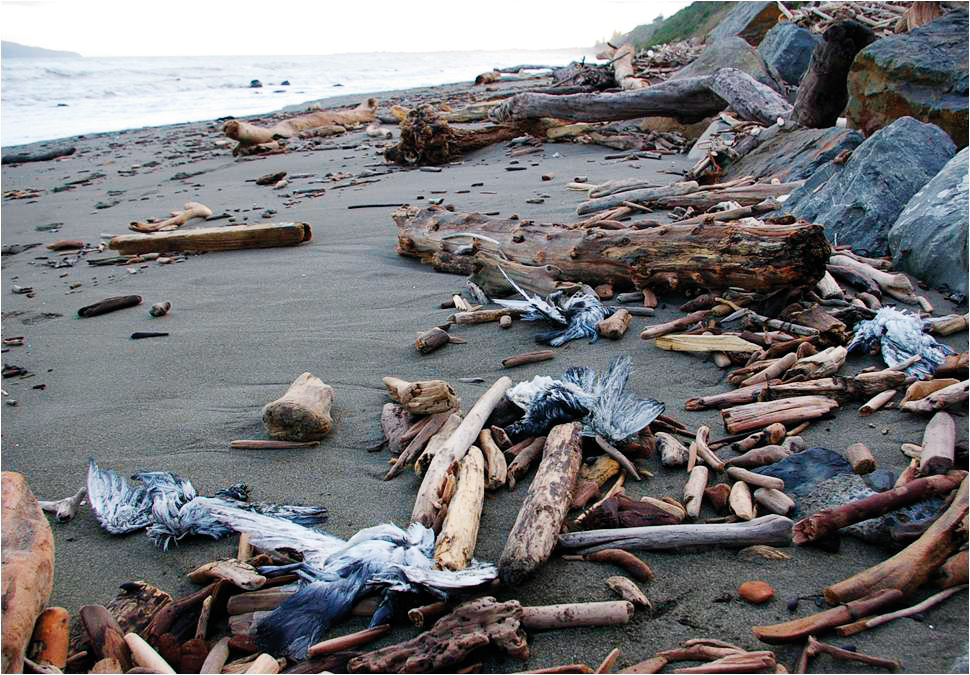 In July this year, more than 100,000 broad-billed prions perished in the largest seabird wreck in New Zealand since 1974. More birds washed up dead on the west coast and further inland than in the previous 37 years combined. Many others were found alive, though weak, and were rushed to DOC offices and vet clinics, but for most it was too late. On some beaches, 400 to 500 bird carcasses were recorded.

Prions are among the smallest petrels. They spend most of their lives at sea, feeding on small crustaceans which they strain from the water with their baleen-like beaks, and come ashore only to breed. Strong winds usually pose no problem—in fact, they use them to travel to other oceanic areas in their search for nutrient-rich upwellings from the deep. It’s only when the birds encounter large land masses that the winds become a mortal danger. Seabird wrecks occur when strong, relentless winds push flocks onto the land, exhausted and unable to fly against the storm. July’s gales originated in Antarctica and bore the birds north towards Australia, but then veered east towards New Zealand.

When Ornithological Society representative Mel Galbraith visited Muriwai Beach near Auckland, he described the scene as “pretty depressing”. In four days, Galbraith and other volunteers recorded 12,000 dead birds on the beach, and received reports of countless more in forests and on farmland.