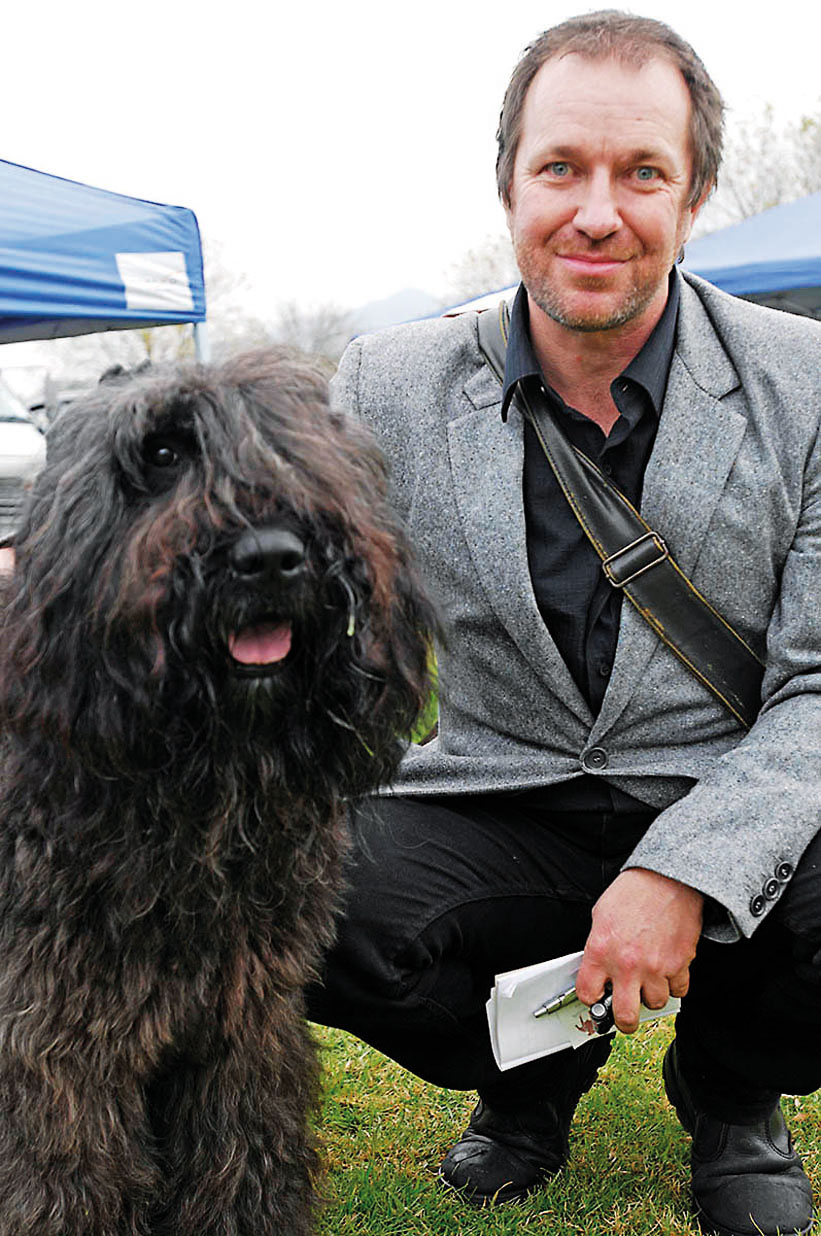 Peter Malcouronne, a self-confessed “cat worshipper”, left his love of cats in the carpark to attend the Huntly and District Kennel Association day for his first New Zealand Geographic feature.

As a freelance writer for Metro and North & South, Malcouronne has traversed some sticky subjects. He’s stripped (partially) for a story on a nudist camp in West Auckland, rode with a train load of broken-­hearted belles returning from the Middlemarch Singles’ Ball, and waded through filth in the Auckland sewerage system. Last year he tackled the subject of rugby for the New Zealand Geographic book Our Game.

The day was about the show, and showmanship, he says. Armed with his notebook and recorder, Malcou­ronne weaved his way around tents full of dog owners and handlers, some of which were kitted out with gas cookers for cups of tea on the misty autumn day.

“Almost without exception, they were incredibly friendly and very, very eager to talk about their dogs,” he says. “Dogs are their lives.”

He spoke for over an hour with Debbie Bielby, who gave him a tour through one of her two cases of imported brushes, combs, shampoos and conditioners for her prized Lhasa Apso.

The day was like a beauty pageant, he says, where 635 dogs of 105 breeds competed in seven rings simultaneously for the coveted title Best in Show.

“It was bewildering. There was so much happening, all the time, everywhere you turned. It was that old cliché, ‘How do you judge apples and oranges?’”

The breed standards document told the judges how. Each of the dogs was measured against this 156,000-word document that details every aspect of appearance and movement of the 210 dog breeds recognised.

“Cuteness is not a criteria,” he says. “At one point, a little Staffordshire Bull Terrier puppy won its category as best bitch. I said, ‘what a delightful little creature’. And they were like ‘Oh no, that’s not what it should be judged on.’”

But when it came to producing the story Malcouronne wrestled to condense the “incredible detail” of the breed standards, the colourful characters and the technicalities of dog shows. He has a reputation for stewing over his copy—always immaculate, with a signature turn of humour—but this time he excelled himself, finally delivering on the same day the magazine went to press.