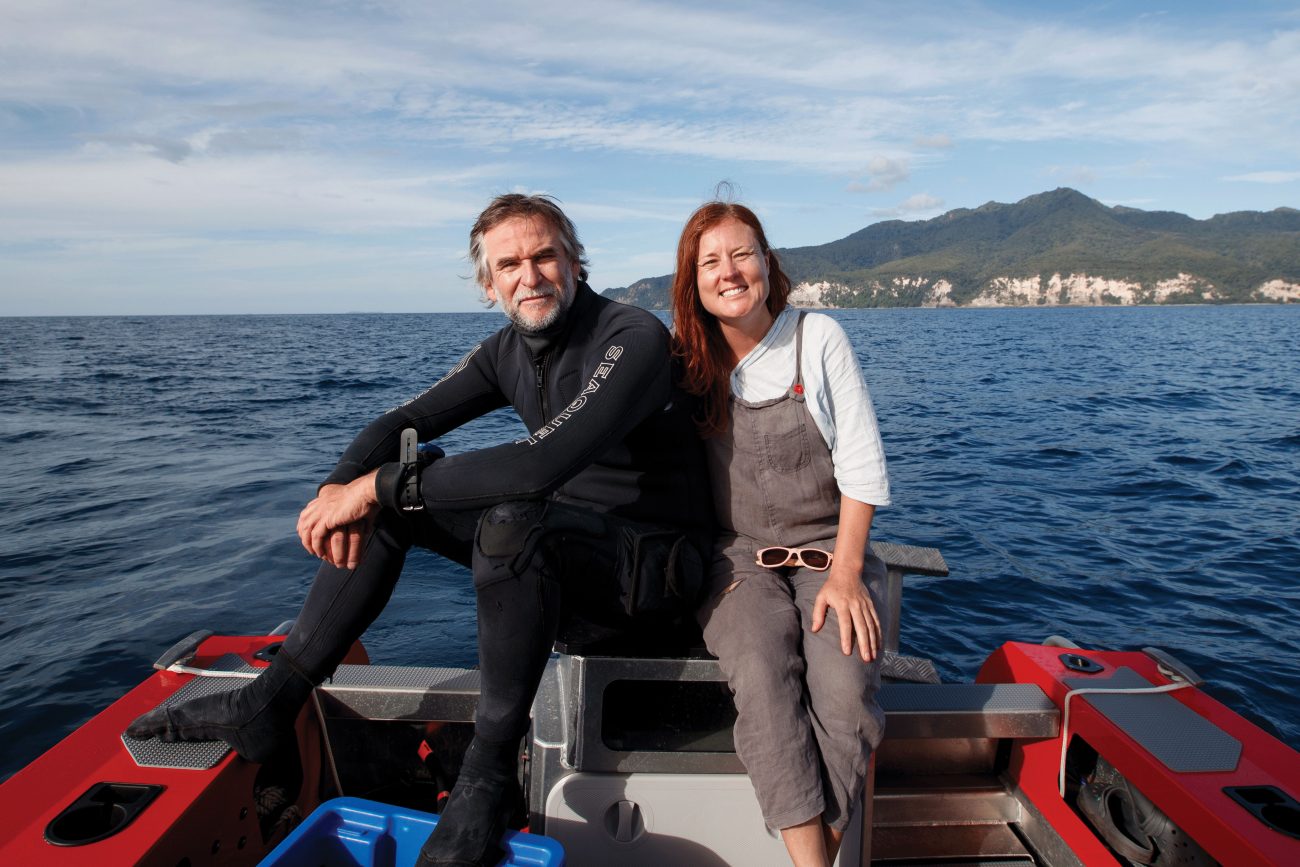 If you had looked in the New Zealand Geographic office fridge in the summer of 2018 you would have found, next to the beer and the old film, a carefully wrapped plastic bag containing half a dozen transmitting GPS tags. Each one was worth thousands of dollars, and each was destined to be attached to a manta ray.

Except no one knew where to find a manta ray. Department of Conservation marine scientist Clinton Duffy and Conservation International’s Mark Erdmann had assembled enough sightings of manta rays in New Zealand waters to know they visited. But the observations were spread from Cape Brett to Cape Colville, right on the edge of New Zealand’s territorial limit.

Neither Duffy nor Erdmann could summon funding to investigate further at that time, so they were riding along on other boats doing other things—such as on photoshoots with New Zealand Geographic.

It took a year to get the first tag into a manta ray, but then the animal immediately set a record for diving.

By 2020, Erdmann had his own boat, and photojournalist Richie Robinson joined him to document the manta ray search. It involved a lot more looking than it did photographing. Richie spent 20 days on the water across two summers searching for manta rays before he was able to photograph one underwater. (Journalist Kate Evans, on the other hand, saw one on her third day.)

All up, this issue’s cover story represents close to a month on the water for Richie. As this issue went to press, he was still out looking for manta rays—and not finding any. “I’m back to thinking mantas don’t exist,” he says.