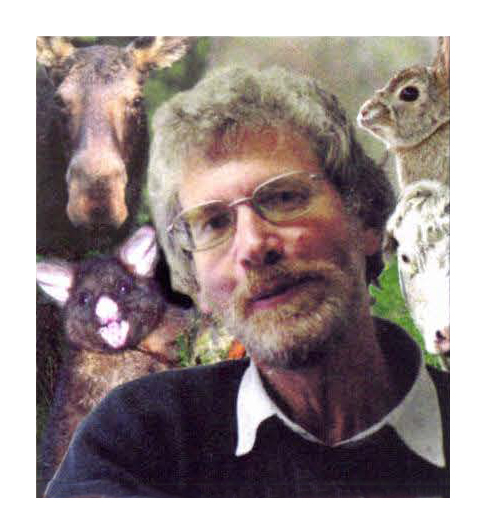 But visitors also come here to fish for introduced trout, to hunt exotic deer, and many also admire the autumn colours of exotic trees in the South Island. Even the sight of well-tended farmland with herds of contented animals is pleasing to many eyes. And every tourist knows that sheep vastly outnumber humans here and some of them want to see sheep and buy sheepskin (or possum) rugs. As Jim Douglas has pointed out in the “Viewpoint”, our economy is largely dependent on introduced plants, and in most home gardens, exotic flowers and shrubs outnum­ber natives. Hence, although we consider the protection of native plants and animals very important, we value both native and imported species.

The Hazardous Substances and New Organisms (HASNO) Act that Jim Douglas discusses is a set of regula­tions designed to protect our native flora and fauna from unintended consequences of deliberate imports of foreign organisms, however it has all but stopped the importa­tion of new plants. Unfortunately, our economy depends on exotic plants, and we will need more in the future, although in the short term, this need is not apparent.

In the last few weeks, the diatom nicknamed didymo has been discovered in several South Island rivers and a foreign sea squirt with the potential to smother shellfish in oyster and mussel farms has been discovered here. They join earlier unwanted arrivals such as the seaweed Un­daria and the varroa bee mite. At first glance, these sorts of problems would seem to provide support for HASNO. Sadly though, these are all unintentional introductions and HASNO provides no protection against unplanned arrivals which, these days, constitute the main threats to native organisms and our economy.

Particularly in the case of very small, hardy organ­isms—fungal spores, some diatoms, viruses, bacteria, small seeds, insect eggs, mites etc—and marine organ­isms, it is impossible to intercept all unwanted new arriv­als at borders, and drastic curtailment of trade and tourism is an unacceptable solution.

While I am strongly in favour of protecting native biodi­versity, I suspect that all our protection efforts will only slow the encroachment of new organisms. Sooner or later, we will likely get fire ants, pine pitch canker, mosquitoes able to transmit malaria, bird flu and a lot more.

Unpalatable though the idea may be, I think that we and the rest of the world are going to have to get used to a more globalised flora and fauna. Ele­ments of this have long been with us, as our “suburban birds” article in this issue shows. At the moment we make a sharp distinction between native and non-native plants and attempt to get rid of wilding pines, for instance, in “native” areas such as national parks. We extend legal protection to most native birds but few introduced species. Looking far into the future, if we can sustain these purification efforts, national parks and the like will become vast native plant museums, but I wonder whether outside of these we will have ceased to make a distinction between native and, what were originally, in­troduced plants. It is a global issue. For instance, it is hard to imagine Southern California without its eucalypts—all of which originate in Australia.

My visit to isolated Lord Howe Island a few years ago has gradually affected my views on various conservation issues. The island formed 7,000,000 years ago, a sterile volcano. Every plant and animal that somehow reached there was an invader. Over its short life, the island has given rise to many indigenous species of its own—as has New Zealand. Yet natural erosion has removed an estimated 97 per cent of the land, and according to best guesses, in 200,000 years, the rest of this world heritage site with its unique plants and animals will disappear. From my human perspective this seems a tragic waste. Yet this cycle has happened a million times during the history of Earth. In the context of geological time scales, it is the fate of all land to be recycled and all species to become extinct. And it emphasises that endemic spe­cies arise from non-endemic arrivals.

There seems to be a constant stream of self-introduc­tions, especially in the bird and insect world, into New Zealand, and such arrivals are considered natives. Re­cent examples include the spur-winged plover, welcome swallow, silvereye and pukeko; earlier ones morepork, kingfisher, fantail, parakeet and Australasian harrier.

Less than 20,000 years ago, tracts of the South Island were under ice, our climate was much colder than it is now, and the distributions and abundance of native ani­mals and vegetation (that we now try to preserve) were very different from today.

For me, these disparate notions have frayed the edges of the idea of native a little, and a warming climate will likely place further pressures on our biota, such as producing more arrivals from the north, and changing natural ranges of organisms through the country.

On an entirely different matter, the New Zealand Geographic website (www.nzgeographic.co.nz) is being steadily improved, thanks to the efforts of Rohan Desouza and Andrew Caldwell. It’s worth a visit.