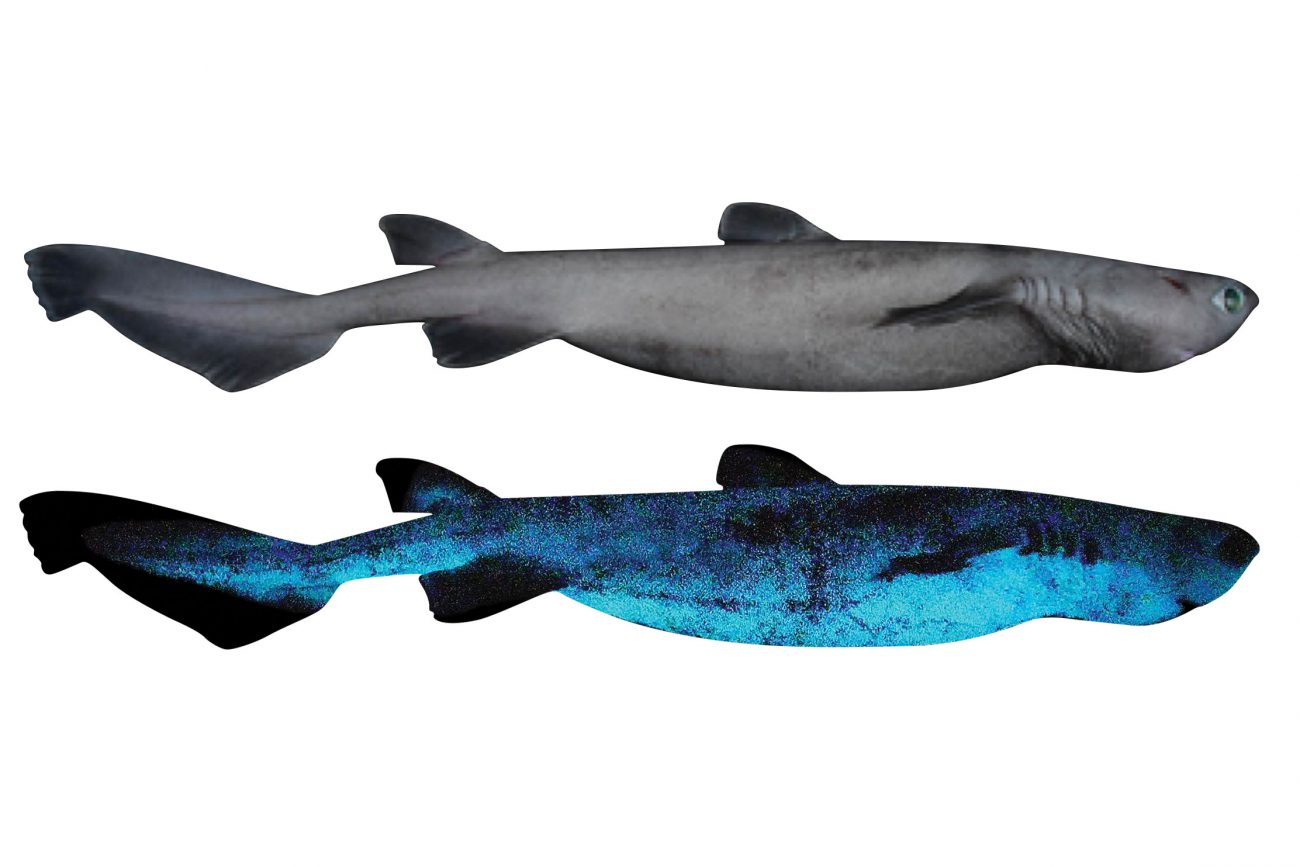 In January 2020, Jérôme Mallefet went looking for glowing sharks on the Chatham Rise, off the east coast of the South Island. As researchers on the NIWA ship Tangaroa hauled up trawl nets full of hoki for their annual fisheries survey, Mallefet kept his eyes peeled for bycatch.

He and colleagues collected more than 600 deep-sea sharks, representing three species, and transferred 24 into tanks in the wet lab. As the ship pitched and rolled, they photographed the sharks in the dark.

They discovered that all three shark species had the ability to glow: two small lanternsharks, and the kitefin shark, Dalatias licha, which reaches up to 1.8 metres in length. That makes the kitefin shark the largest light-producing creature—with a spine—that has ever been found.

Mallefet, an expert in bioluminescence from the Catholic University of Louvain in Belgium, says other studies suggest that around ten per cent of the Earth’s approximately 540 shark species can glow. So why do they do it? Partly to recognise each other in their deepwater home, as each species lights up in a particular way. It may help males and females align for reproduction. And glowing can also make the sharks invisible. “These guys are living in the twilight zone, where there is a bluish faint light coming from the surface,” says Mallefet. Seen from beneath, the animals’ bodies appear as silhouettes against the light. But when the kitefin shark illuminates its entire belly with a blue glow, it blends into the light from above. “Suddenly you disappear—that’s how counter-illumination works.”

Their dorsal fin also glows—but why remains a mystery. Other recent studies have shown that as many as three-quarters of marine animals in the water column have the ability to make their own light.

“Bioluminescence is so widespread, it must have a really critical role for the survival of these organisms down there,” says Mallefet. “The way they communicate, the way they reproduce—bioluminescence plays a role in it, and we are only just discovering that now.

“It must be glowing Christmas trees everywhere down there, that’s for sure.”