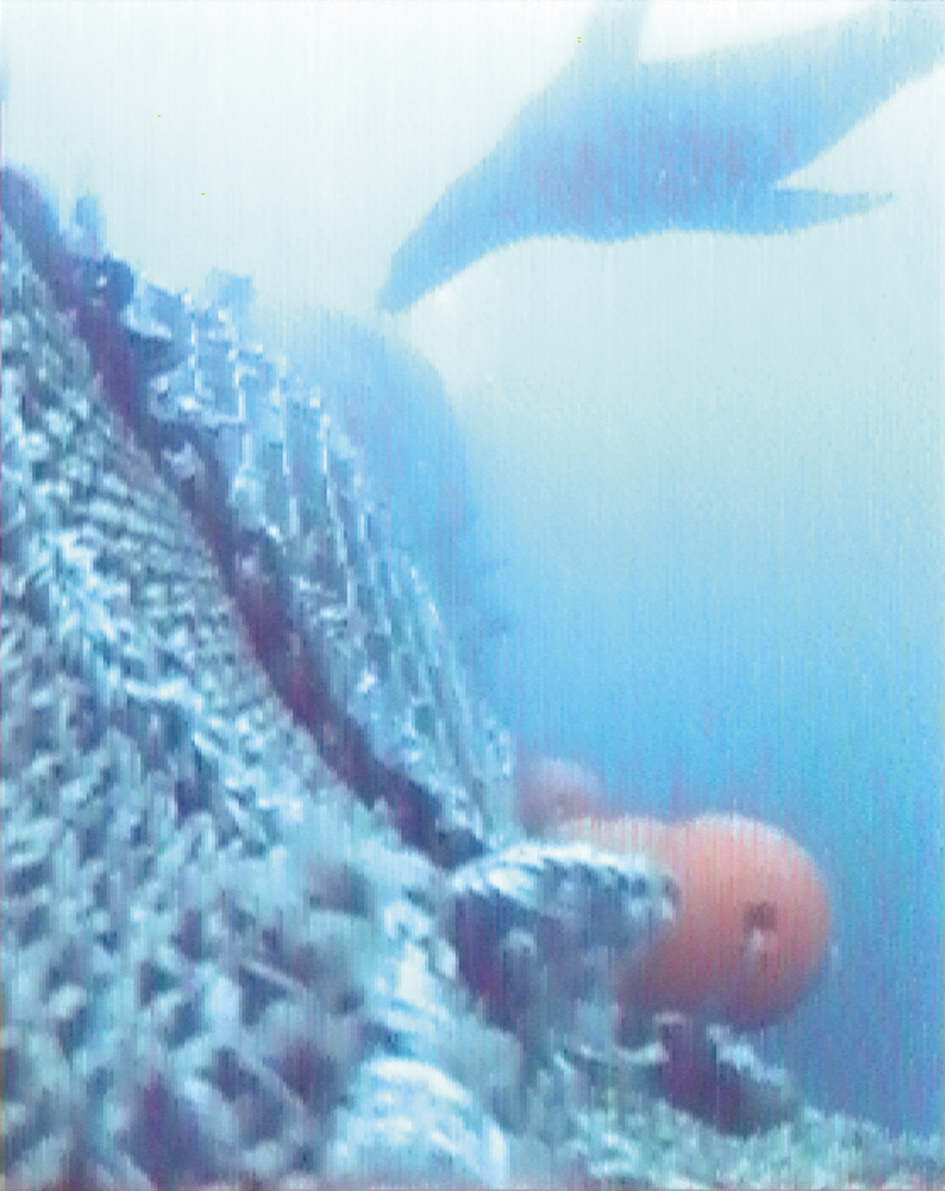 Hundreds of metres below the sea surface, in the chilly subantarctic waters around the Auckland Islands, a female sea lion follows a group of arrow squid into a large trawl net. Suddenly, she senses that she cannot return the way she came—the speed of the trawl is too great. Nor can she follow the squid through the narrow steel grille that covers the net’s cod end. Forced against the grille, she rolls upwards along the sloping steel bars and pops out a trapdoor in the top of the net.

Spared almost certain drowning in a net jammed with squid, she can now return to feed her pups and help rebuild the population of one of New Zealand’s endemic marine mammals. And without the death of a New Zealand sea lion to count against it, the trawler can continue fishing its quota of arrow squid.

This happy outcome is the result of a three-year collaboration between New Zealand’s fishing industry, the Department of Conser­vation and the Ministry of Fisheries, and may signal the end of a quarter-century­long conservation wrangle over sea lion deaths in the nets of squid trawlers.

The first deaths were reported in 1978, when 10 sea lions were killed during trawls made by a research vessel. As the fishery became commercially lucrative and expanded, sea lion deaths increased.

In 1982, a squid-trawling exclusion zone of 12 nautical miles’ radius was declared around the Auckland Islands and was upgraded to a marine mammal sanctuary in 1993. A sea lion bycatch limit was imposed by the government in 1993, allowing the fishery to be closed when the limit—which varied between 60 and 70 sea lions per year—was reached.

During the past four seasons, reaching the sea lion bycatch limit has caused the $50 million fishery to close early, with the forfeiting of millions of dollars in export income. Now, thanks to the development of the Sea Lion Excluder Device (SLED), fishers should be able to fill their quotas without reach­ing the bycatch limit.

SLEDs were first used on a trial basis in 2000, but this year were placed on all 25 vessels working the fishery. Observers were deployed on five of the trawlers to check how well sea lions survived the experience of being caught and released. The observers, under the supervi­sion of marine mammal expert Martin Cawthorn, used underwater cameras supplied by National Geographic Television to monitor sea lion escapes.

A sixth vessel used cameras supplied by the Australian Maritime College to study the effect of SLED design on fish losses.

The National Geographic cameras, dubbed “crittercams,” were developed to enable marine wildlife to be filmed in its cameras are compact enough to be attached to large marine animals and strong enough to operate at depths of hundreds of metres. They have been attached to animals as diverse as pen­guins, sperm whales and tiger sharks.

The cameras worked very well to depths of more than 200 m and successfully captured video footage of three sea lions being ejected by SLEDs. DoC experts who reviewed the footage said they believed the ejected sea lions were not seriously affected by their trip through the net.

This season, SLEDs ejected 92 per cent of sea lions entering the nets. “But we believe we can improve on that figure once we have perfected the design and have fully trained the crew who install the SLEDs,” says Cawthorn.

From the fishery point of view there are still some problems to be resolved. “Losses of squid and fish out the escape hatch are still too high,” says Jim Mace, who is managing the SLED project for the Squid Fishery Management Company. “We need to refine the design to achieve maximum escape of sea lions with minimum loss of valuable catch.”

The fishing industry plans to test scale models of trawl nets and SLEDs in a net-testing tank at the Australian Maritime College in Tasma­nia. Results from this research, coupled with further analysis of the video footage, will enable SLEDs to be customised for the different nets used in the fishery.

It seems that, in the case of squid and sea lions, at least, commercial and conservation goals can both be met.