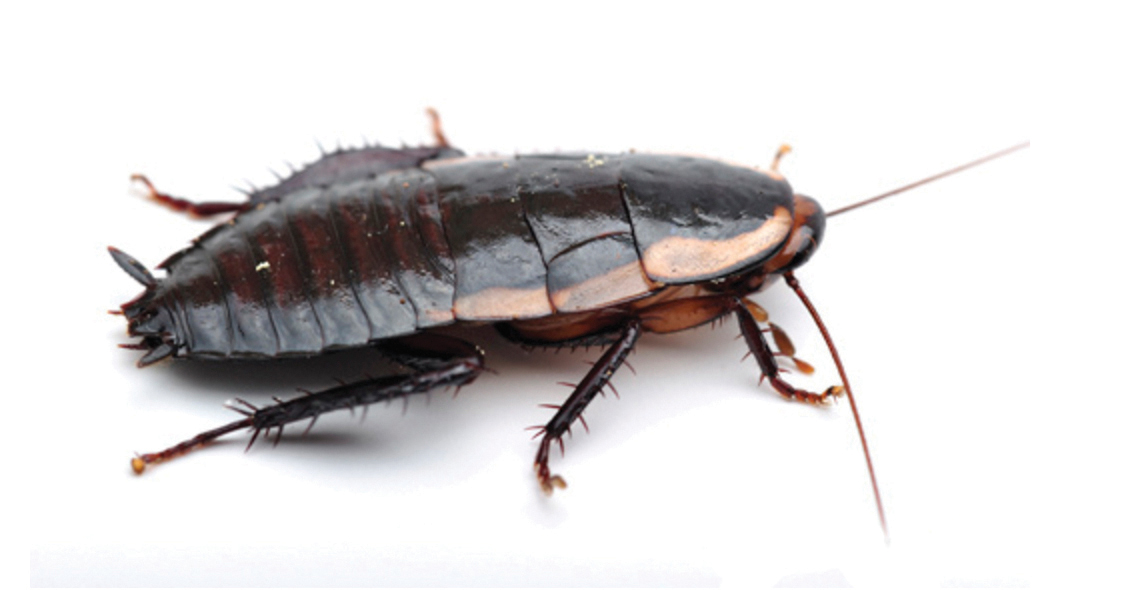 Hailing from Australia, where it is most common in Melbourne, the Gisborne cockroach was first recorded in Gisborne in the 1960s, but is thought to have arrived earlier as it was noticed in Auckland and the Bay of Plenty at the same time. It has now spread throughout the North Island and upper South.

It can be told apart from the native bush cockroach by its more distinctive white bands and larger body, which measures up to 45 millimetres long and 12–15 millimetres wide. It has very prominent hind legs and its flattened body can squeeze through gaps less than two millimetres high.

NO REASON TO SQUIRM

It is harmless—unlike German or American cockroaches, it does not spread disease, nor can it fly. It typically doesn’t invade food supplies, unless they’re decaying. It prefers to stay outside under bark or woodchips, however will come inside if it’s wet or too hot.