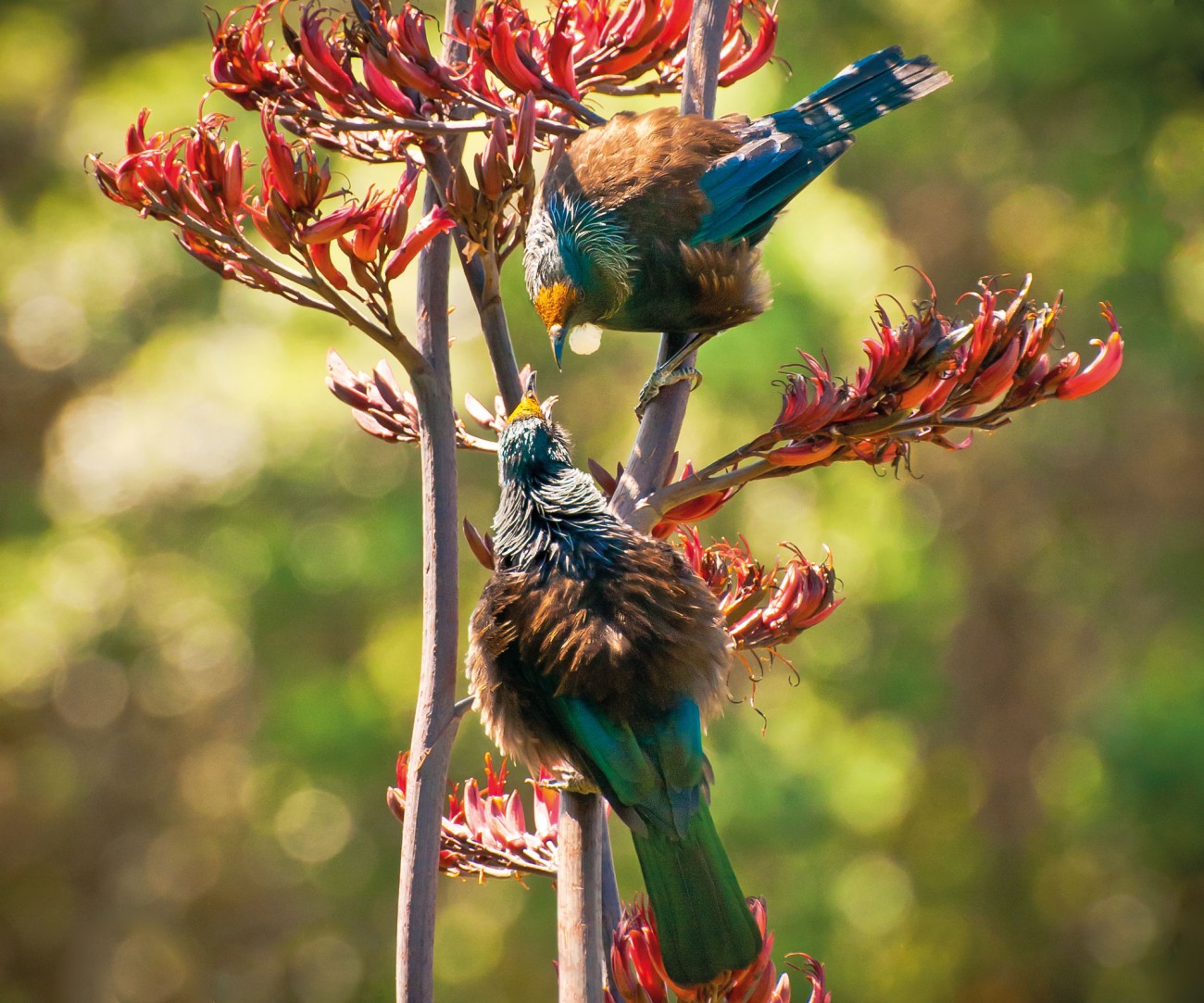 Female tui find large males with well-coiffured throat tufts to be almost irresistible, according to a recent study from Massey University. Some 57 per cent of progenies in the studied group were extra-pair chicks, and they occurred in 72 per cent of broods—one of the highest rates known among socially monogamous songbirds in the world.

“For example, if you are a female paired to a low-quality male, you can still gain ‘good genes’ for your offspring by having an extra-pair copulation with a high-quality male,” she says.

However, since the larger, more sexy males will sire a huge proportion of the chicks in the population, the genetic advantage could backfire in cases where too many of the chicks are half-siblings. This exacerbates the risk of extinction in populations that are small or isolated, such as those on islands that have little recruitment from the mainland and become weakened by inbreeding.

It has also been proposed that extra-pair liaisons influence male body size. Male tui are 50 per cent heavier than female tui, the highest level of sexual size dimorphism of any socially monogamous perching bird.