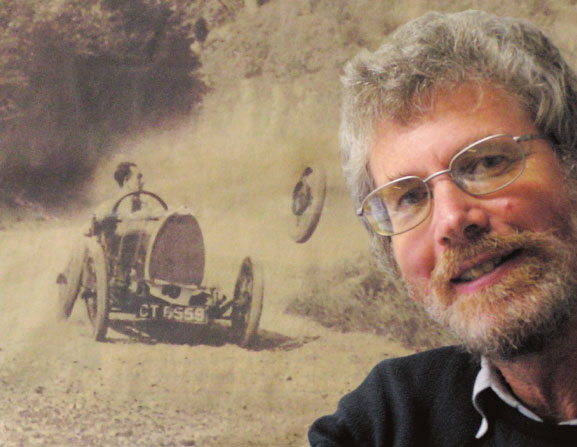 The first half of 2004 has been a bumpy ride for New Zealand Geographic. I became editor at the start of the year, only to have the magazine unexpectedly placed into liquidation six weeks later with an issue just two-thirds complete. It was hardly an auspicious beginning. Yet as word of the magazine’s demise spread, I was heartened to receive many expressions of regret concerning its pass­ing, particularly from contributors. Many of these were owed significant sums by the magazine, yet, to a person, their only concern was that it was facing extinction.

As I write this (June 17), subscribers have been receiv­ing letters informing them that Rural News Group has taken over as the new publisher and their subscriptions will be honoured. All afternoon I have been hearing from delighted subscribers, pleased not only that their subscriptions are still afloat, but that the magazine is to reappear. Typical is this:

Sir, as a benefciary, I don’t have a lot of cash to play around with. While NZ Geo is not cheap, I find the magazine an essential buy. I have every issue back to #8 plus 1&2. I am very pleased that you are continuing the good work and look forward to receiving #68. Best wishes for the future, Bob Linnell.

The credit for the excellence of the publication lies with ex-editor Kennedy Warne, who set the style and scope of the magazine at its inception 15 years ago and has ever since fastidiously adhered to the highest stand­ards in photography, writing, layout and even printing. For instance, since issue one he has checked most pages of the magazine as they rolled off the press, orchestrating adjustments to enhance the printing. And printing—like giving birth—seems to have usually taken place between 9 pm and 7 am.

Kennedy has always had an eye for detail and has spent countless hours finessing layouts and fonts, delight­ing in that last little flourish to embellish a page. Last year he confided that in choosing a font for the title page of an article, he attempted to achieve maximum synergy be­tween the name of the font and aesthetics. Hence for a story on fishing—a subject always close to his heart—he might try a Gill typeface.

This issue carries the first of what we anticipate will be many articles from Kennedy in his new role as a contrib­utor. He presents a timely snapshot of the country’s coal industry and discusses how our vast coal resources can best be utilised. Viewpoint in this issue also deals with an energy issue—the end of cheap oil. An adequate energy supply is critical for the country and to avoid the expense of long-distance electricity transmission and its associated losses, we need more power generated close to Auckland. An expansion of Huntly Power station—as mentioned in the story—will help but perhaps we’ll have to do something innovative like build a sizable wind farm in Woodhill pine forest or out off the west coast. Onshore wind farms find little favour with neighbours and occupy a lot of space. A wind farm producing the same amount of electricity as the Huntly Power Station—1000 MW­ would occupy at least 15, 000 ha. I’m sure we will have more on energy in future issues of the magazine.

While Anzac Day has been established on the day the allied forces landed at Gallipoli in 1915, some have sug­gested it might be more appropriate in early August. That month, New Zealand forces took and briefly held—with terrible loss of life—the summit of Chunuk Bair. It was the climax of the campaign, if not the whole war, for Kiwi troops. Mark Bathurst visited the peninsula in April 2001, and intermingles his experience of an Anzac Day spent at Gallipoli with a powerful recounting of the conflict.

Photographer Jason Hosking has exhibited tenacity that would do any soldier proud in his efforts to photograph Auckland’s gannet colony. His images are amongst the finest bird pictures we have ever published.

On the opposite side of the Auckland isthmus, the dark bulk of Rangitoto Island serves as a useful warning to Aucklanders against complacency. Wellington has its fault lines but Auckland is built on a volcanic field that has pro­duced an estimated 20 eruptions in the last 20,000 years. The last—Rangitoto—was by far the largest and wit­nessed by Maori only 600 years ago. Auckland Regional Council ecologist Alastair Jamieson brings us the story.

These are just a sampling of the fare to be enjoyed in this issue of New Zealand Geographic.

Some updating of the appearance of the magazine has taken place, driven in part by aesthetic considerations, and in part by a desire to improve legibility. Art director Andrew Caldwell deserves kudos for these changes.

While we regret the hiatus that has occurred between issues 67 and 68, we hope that the wait has not been entirely in vain and that the second half of the year runs more smoothly than the first.